In the front, the Golf GTE provides loads of space for a family car. Its interior is broad, with more than enough head and leg room to accommodate taller ladies or gents. There's lots of storage space as well, with compartments and cupholders in the front for pretty much every need, plus a decent-sized glovebox and door bins to boot.

Move to the rear seats and the GTE isn't cramped; two tall adults will fit, but there's not a surplus of space – certainly not if you want to squeeze a third person of reasonable stature in the middle seat. It near enough matches the Audi A3 TFSIe for rear space but you’ll need to look at the Seat Leon eHybrid or Skoda Octavia iV if you’ve got lanky friends or family.

As with almost all PHEVs, regular petrol and diesel family cars, including the regular Golf, have much bigger boots. Like many plug-in hybrids, the GTE’s boot is smaller than the non-hybrid versions of the car – blame the battery that lives under the boot floor – but its size is still okay for normal family use. Indeed, we managed to fit five carry-on cases into both the normal and plug-in Golf’s boot, it’s just the latter was a tighter squeeze. The A3 TFSIe is about the same size, but for similar money, you could have a Octavia iV or even Superb iV both of which have much bigger boots.

The Golf GTE still gives you 60/40 split-folding rear seats and a ski hatch for longer items, though, but there’s no height-adjustable boot floor. That’s no great issue as the boot floor is raised so there’s next to no loading lip, and there’s no step up from the boot floor to the backs of the folded rear bench. 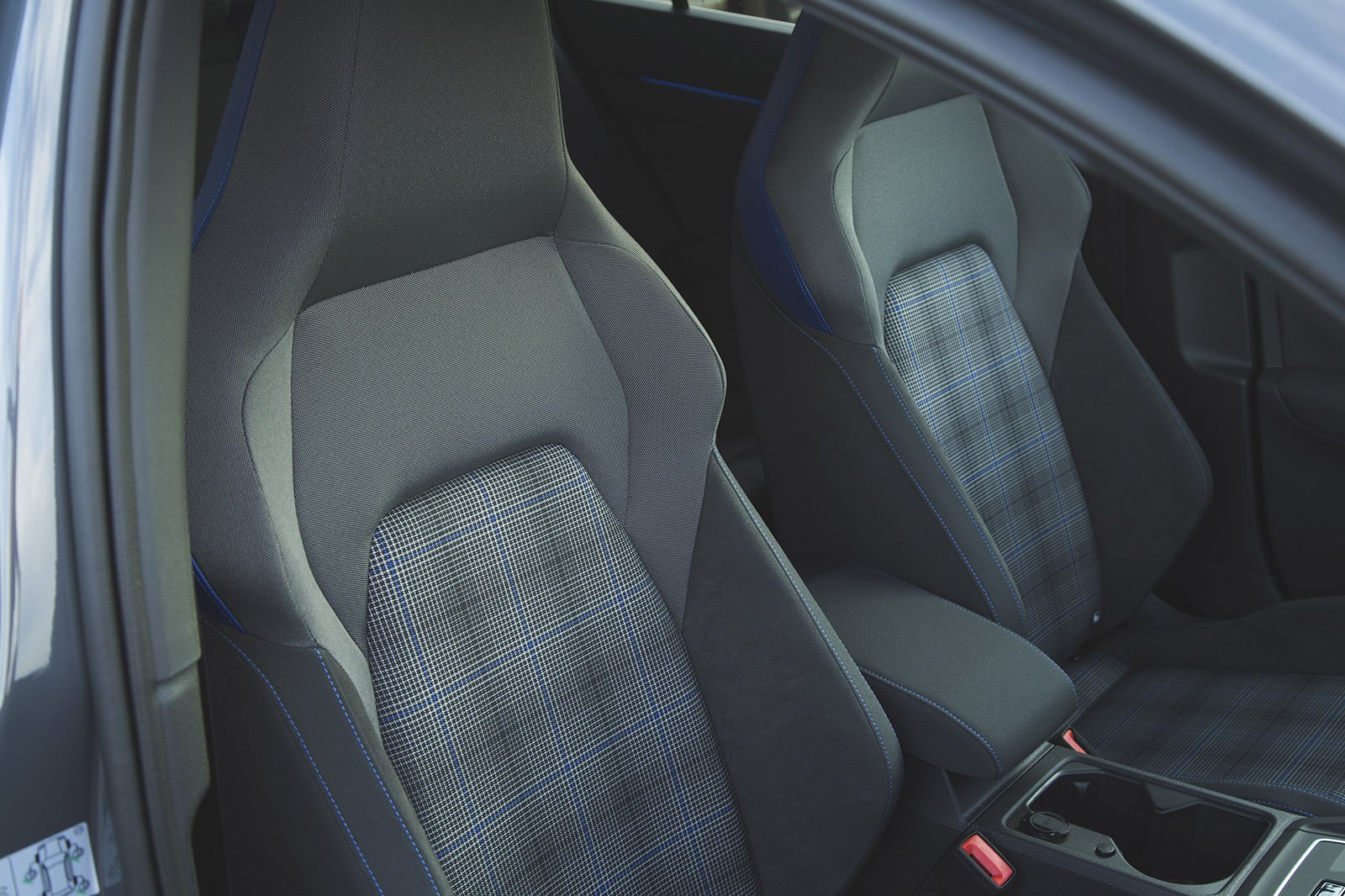