Even those six feet tall or over will find plenty of space up front, and there’s enough width to prevent occupants from feeling uncomfortably close to each other. The Passat joins the Skoda Superb and Ford Mondeo in feeling more spacious than premium executive rivals, such as the Jaguar XE, 3 Series and Audi A4.

It comes with buckets of storage space, too. This includes generous, carpeted door bins and a large glovebox, as well as cubbies and a pair of central cupholders behind the gear selector.

Rear-seat practicality is a Passat highlight, starting with its wide-opening rear doors, which make access to the back seats easy for passengers and less backbreaking if you're dealing with child seats. Two tall adults will have lots of space in which to stretch out and get comfortable, even when seated behind taller people in the front seats. There’s a lot more space than you'll find in a Jaguar XE, Mercedes C-Class or Audi A4, and only the Skoda Superb out does it – just.

There are seat belts for three, but the middle passenger has to negotiate and straddle a relatively chunky hump in the floor, while the protruding rear air vents eat into their knee room.

Map pockets are standard on all models, as is a central armrest with a small storage box and cupholders. Each door pocket will hold a 1.0-litre bottle. 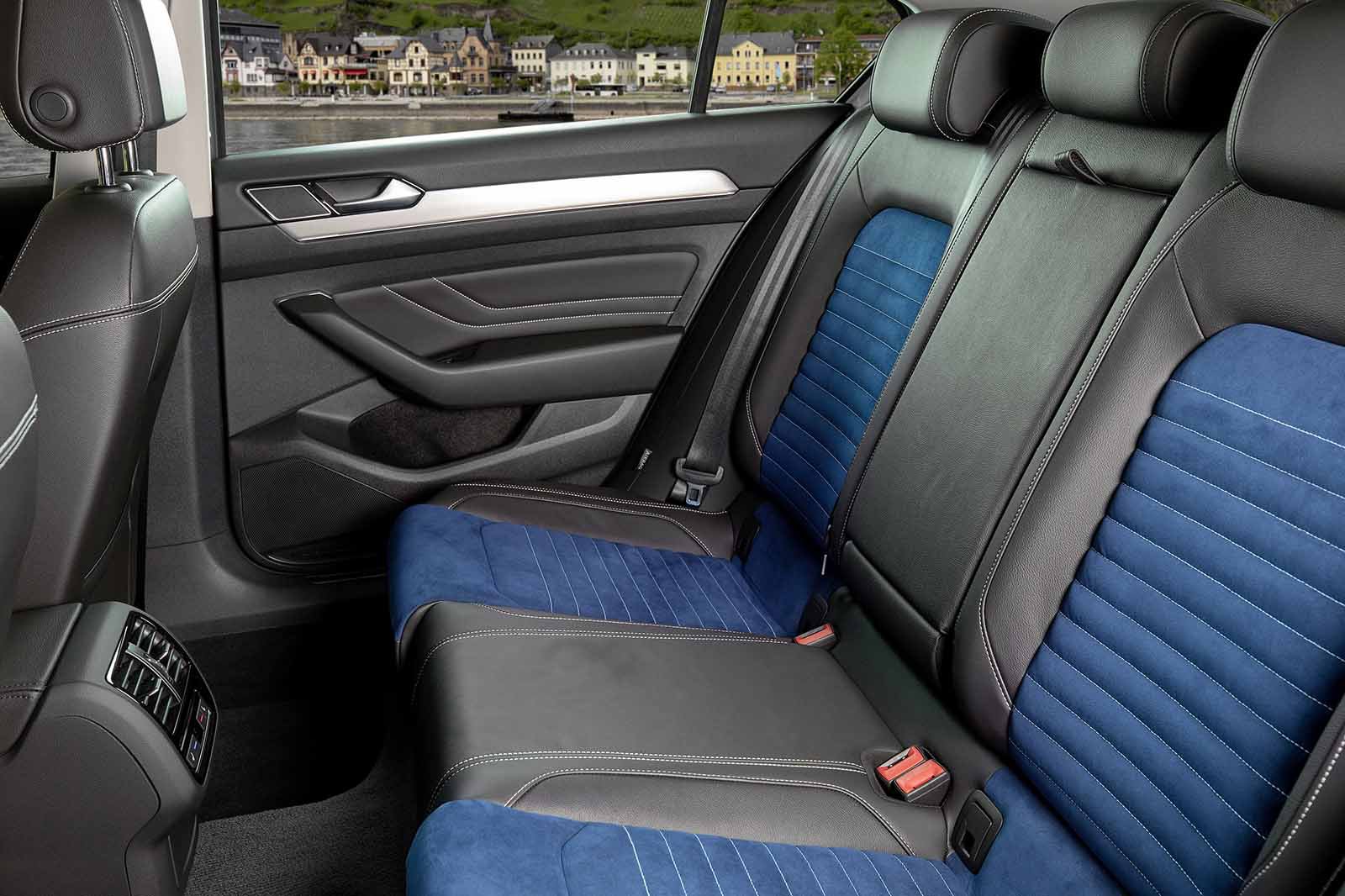 Every Passat saloon has 60/40-split rear seats and a ski hatch, but rivals, such as the 3 Series, have a more flexible 40/20/40 arrangement. Go for SE L trim or higher and you get handy levers in the boot, which allow you to drop down the rear seatbacks easily, without having to hop around and open the rear doors.

Manual lumbar adjustment for the front passenger seat is standard across the range, while fully electric adjustment, with memory settings and a massage function, are optional.

The boot offers a seriously big luggage vault; not far off the size of the Superb's, and bigger than that of the Mondeo. That's good news, but the compromise here is that those models are both hatchbacks, whereas the Passat is a saloon –that means a narrower boot opening that won't accept really bulky items.

Folding down the rear seats gives you a long, flat area to accommodate any extra-long loads. 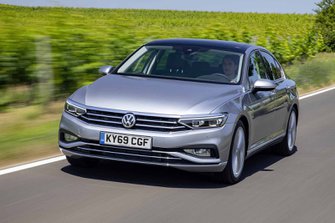 The i40 is showing its age; it’s neither great to drive nor lu...

The Mercedes C Class looks swish and the diesels are super-eff...