After its 2020 update, the Volkswagen Up is offered with a choice of two petrol engines: a 1.0-litre with 59bhp, or a turbocharged unit with 113bhp that’s reserved for the sportier Up GTI model.

It’s a bit of a shame that VW chose to ditch the engines that previously filled that power gap; while the 59bhp engine has enough pep for inner-city driving, trying to reach motorway speeds is an outright struggle, and you’d have to wait for a long stretch of country road if you need to overtake a tractor.

The range-topping Up GTI’s 113bhp engine can propel you from 0-62mph in just 8.8sec. It’s certainly much more fun, whether you’re driving in or out of town. It also gets a six-speed manual gearbox instead of just five in less powerful Ups; its well-spaced ratios play a key part in the GTI’s playful verve.

Click the link for our driving impressions on the all-electric Volkswagen e-Up.

One of the Up’s main virtues is its supple ride. For such a small car, it does a brilliant job of staying controlled over speed bumps at low speeds; it deals well with the potholes and  broken asphalt you’re likely to find on your local high street.

The ride remains comfortable at higher speeds, such as when on A-roads or the motorway. Here, the Up damps expansion joints effectively, rather than allowing them to shudder through its body. Put simply, it rides in a much more sophisticated fashion than many of its rivals.

However, that's only true if you stick with 14in or 15in wheels. Upgrading to 16in ones brings a noticeably firmer ride, while the largest 17in alloys that are standard on the Up GTI (and optional on R-Line) cause it to crash and bang over severe bumps. The stiffer sports suspension that comes with R-Line and GTI models doesn’t help, further emphasising such surface imperfections.

This is where the Up really does put rival cars to shame. It handles in a much more sophisticated and grown-up fashion than all of its peers, apart from the Kia Picanto.

Its precise steering is light enough to make low-speed manoeuvres easy work, but weights up enough as you turn the wheel to give you lots of confidence along faster, twisting roads. Throw in a decent amount of grip and surprisingly tidy body control (the Up doesn't lean over through tight corners as markedly as some rivals) and you end up with a car that’s genuinely fun to drive.

With stiffer suspension, the GTI model is, unsurprisingly, more agile than regular versions of the Up and you can have genuine fun on a favourite country road. 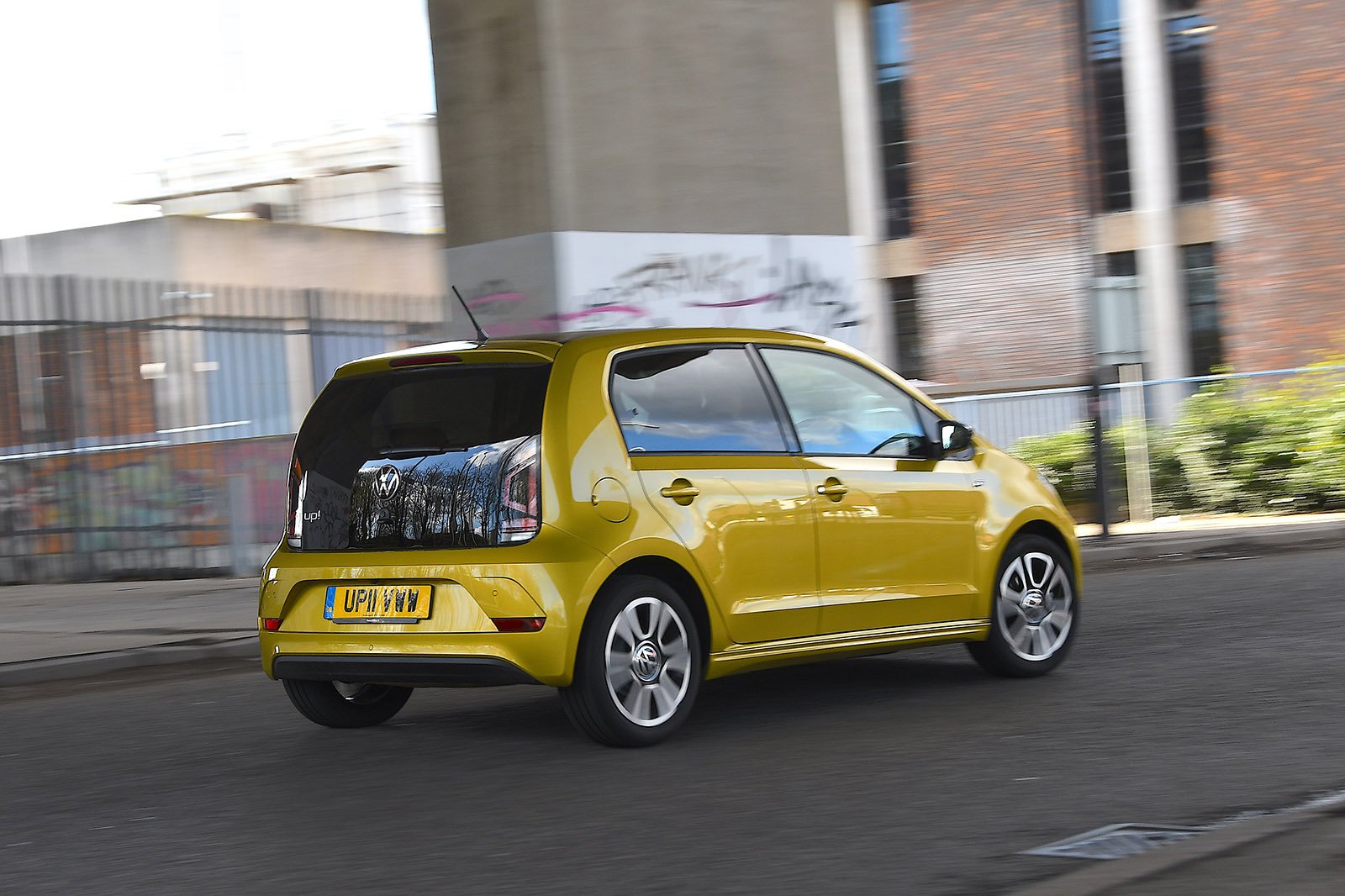 Due largely to having three cylinders, the Up’s 1.0-litre engine isn’t quite as smooth as the four-cylinder units of the Picanto 1.25 and Hyundai i10 1.2. You can hear it thrumming away when you rev hard, although it quietens down when you’re at more of a cruise. You notice a few more vibrations through the soles of your feet when accelerating, too.

The Up’s feelsome clutch pedal and light-but-precise manual gearchange also impress, although more frustratingly, there’s a mite too much wind and road noise at motorway speeds. The i10 in particular is a slightly quieter cruiser. 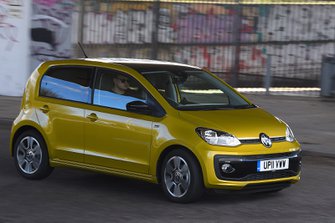 Strong on image, but rivals are more competent and better valu...