Which used Volkswagen Up hatchback should I buy?

Take Up models don’t come with air-conditioning or electric windows. Later cars did get a DAB radio as well as a CD player as standard; but the relatively mean spec makes the Move Up a better bet. It will also give you that rarity in a new small car these days, a full-size spare wheel.

High Up is the best-equipped version of the Volkswagen Up, with heated front seats, electrically operated and heated door mirrors, leather coverings for the steering wheel and handbrake, extra speakers for the stereo and front fog lights.

There are also numerous other special editions such as Up Black and Up White, which were based on the High Up, but only added additional styling tweeks, so they’re not worth seeking out.

The facelifted car from July 2016 has some styling tweaks, upgraded smartphone integration and a host of new paint and interior colour options to boost personalisation; but the major new introduction was the turbocharged 1.0-litre engine found in other VW group products. With 89bhp, it give the Up the higher performance the car had been craving since its launch, making it the one to go for if your budget can stretch to it. An Up Beats edition was added, with a 300w stereo; it’s perfect for blaring out banging tunes in the car park.

Our favourite Volkswagen Up: 1.0 TSI 90 High Up 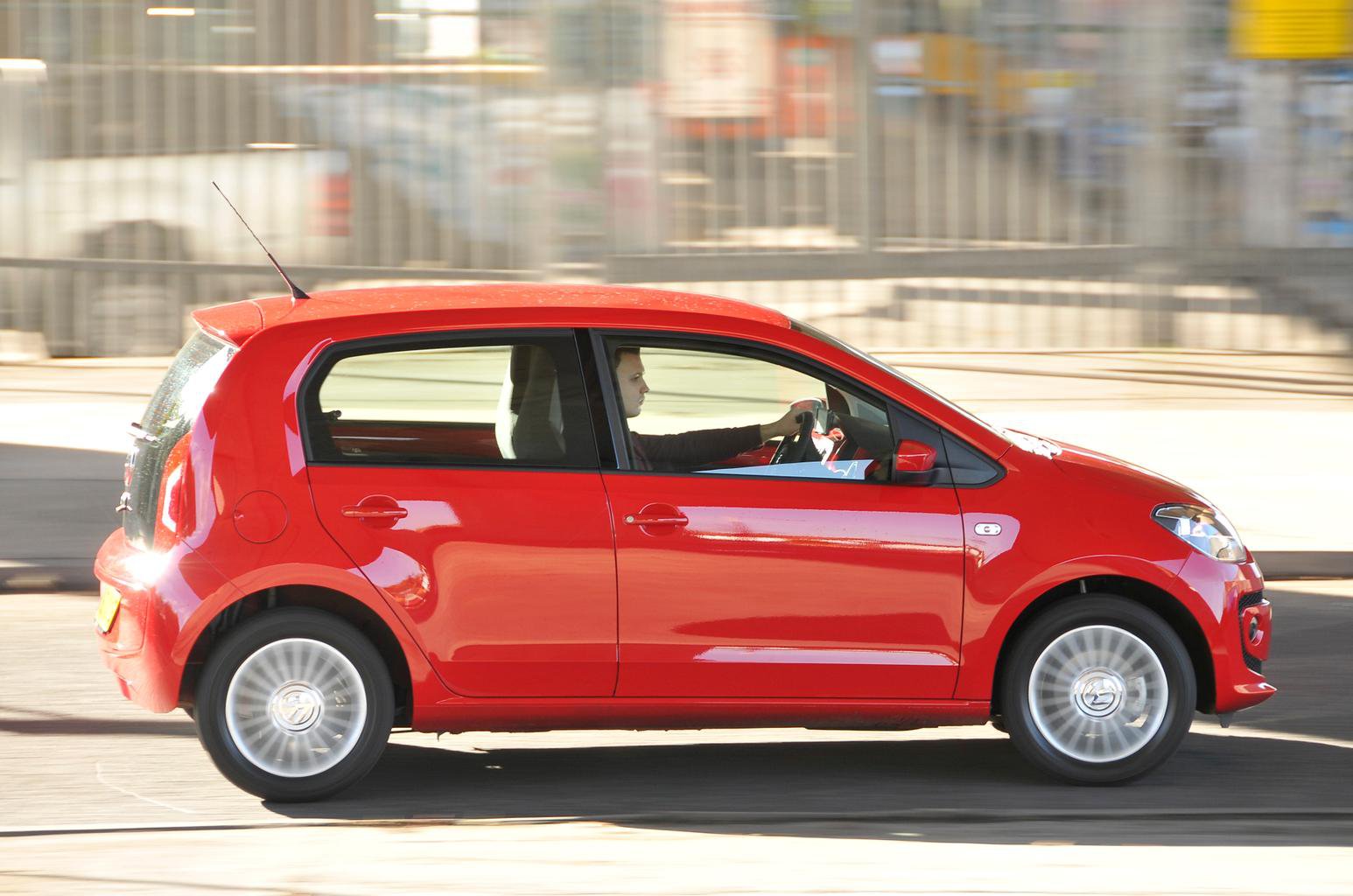