The S5 has a much lower starting price than the rival Mercedes-AMG C43, but the Kia Stinger is considerably cheaper than both cars. However, if you go for the range-topping Vorsprung version of the S5, which has just about every option box ticked, the price swells above that of all key rivals.

We wouldn’t bother with the Vorsprung, because the S5 is well enough equipped as standard. Standard luxuries include 19in alloys, self-dimming LED headlights, front and rear parking sensors and leather seats. Consider adding the Comfort & Sound Pack if you want a few more creature comforts.

Although diesel isn’t the most fashionable fuel at the moment, it still has some big advantages over petrol. For one thing, diesel fuel economy tends to be much better, and the S5 officially averages just over 40mpg. In the real world, 35mpg should be easily achievable as long as you don’t use the S5’s prodigious performance too often.

That good fuel economy, combined with a relatively large fuel tank, means the S5 can also travel much farther between fill-ups than any of its key rivals. However, the relatively unpopularity of diesel at the moment probably explains why the S5 isn’t predicted to hold onto its value as well as the C43, although it won’t depreciate as quickly as the Stinger. 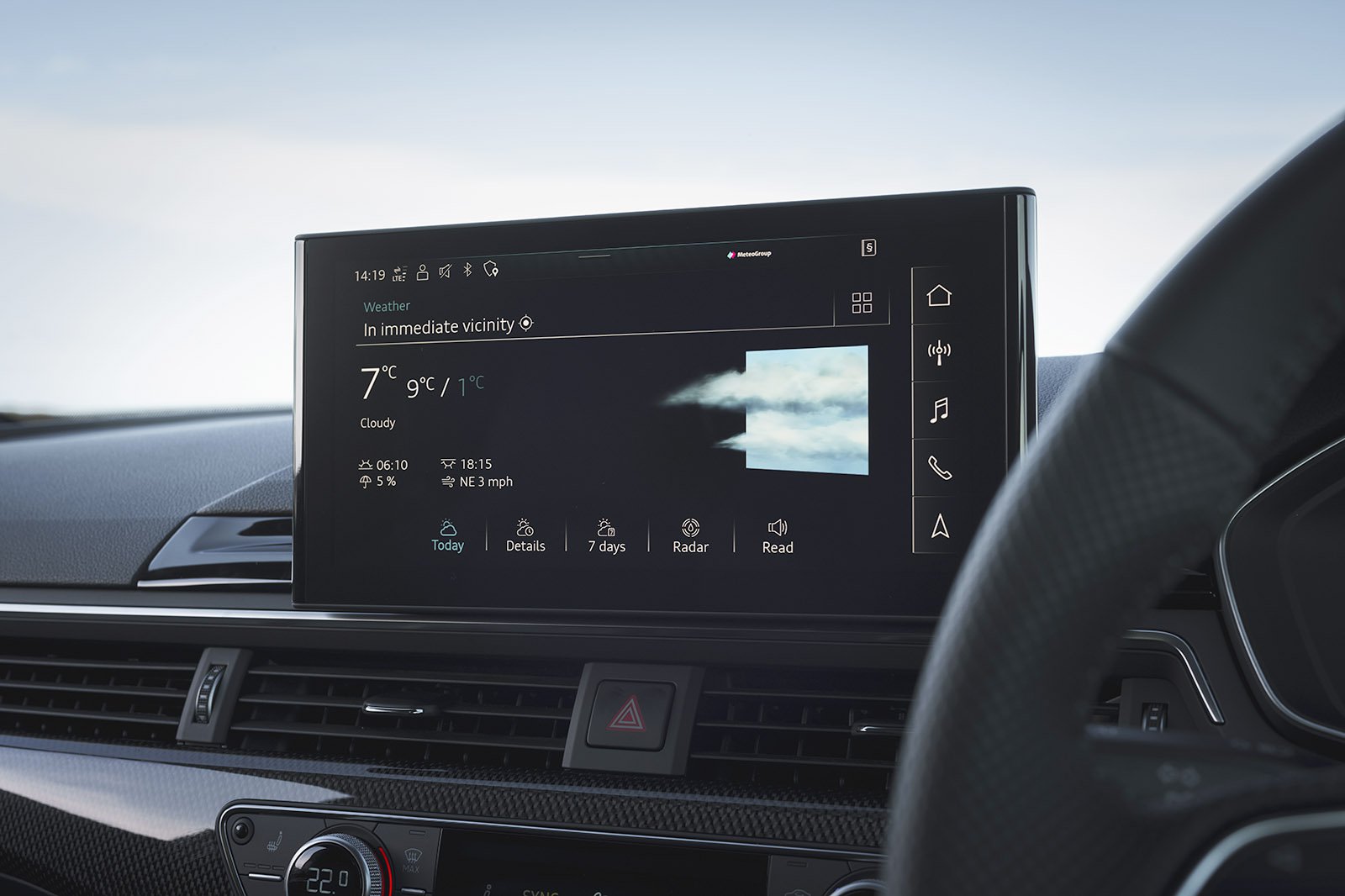