You're unlikely to consider the coupé version of the S5 if space is your top priority, but it isn’t as impractical as you might imagine. There's certainly plenty of front space; even if you’re extremely tall you’re unlikely to have any complaints about how far your seat slides back or how much room there is above your head. A couple of six-footers will fit in the back, too, although they’ll have to slouch to keep their heads from brushing against the ceiling.

In fact, even the Sportback version, which has rear doors, isn’t exactly palatial in the back, but access is obviously much easier so it’s worth the relatively small premium if you plan on carrying people in the back more often than just in emergencies.

Officially, there’s more boot space than in a Mercedes-AMG C43 Coupé and, while the differences are small, its load bay is certainly usefully squarer than those of its key rivals. Rear seats that split and fold 40/20/40 are standard and, when down, leave only a gentle slope in the floor of the extended load bay. 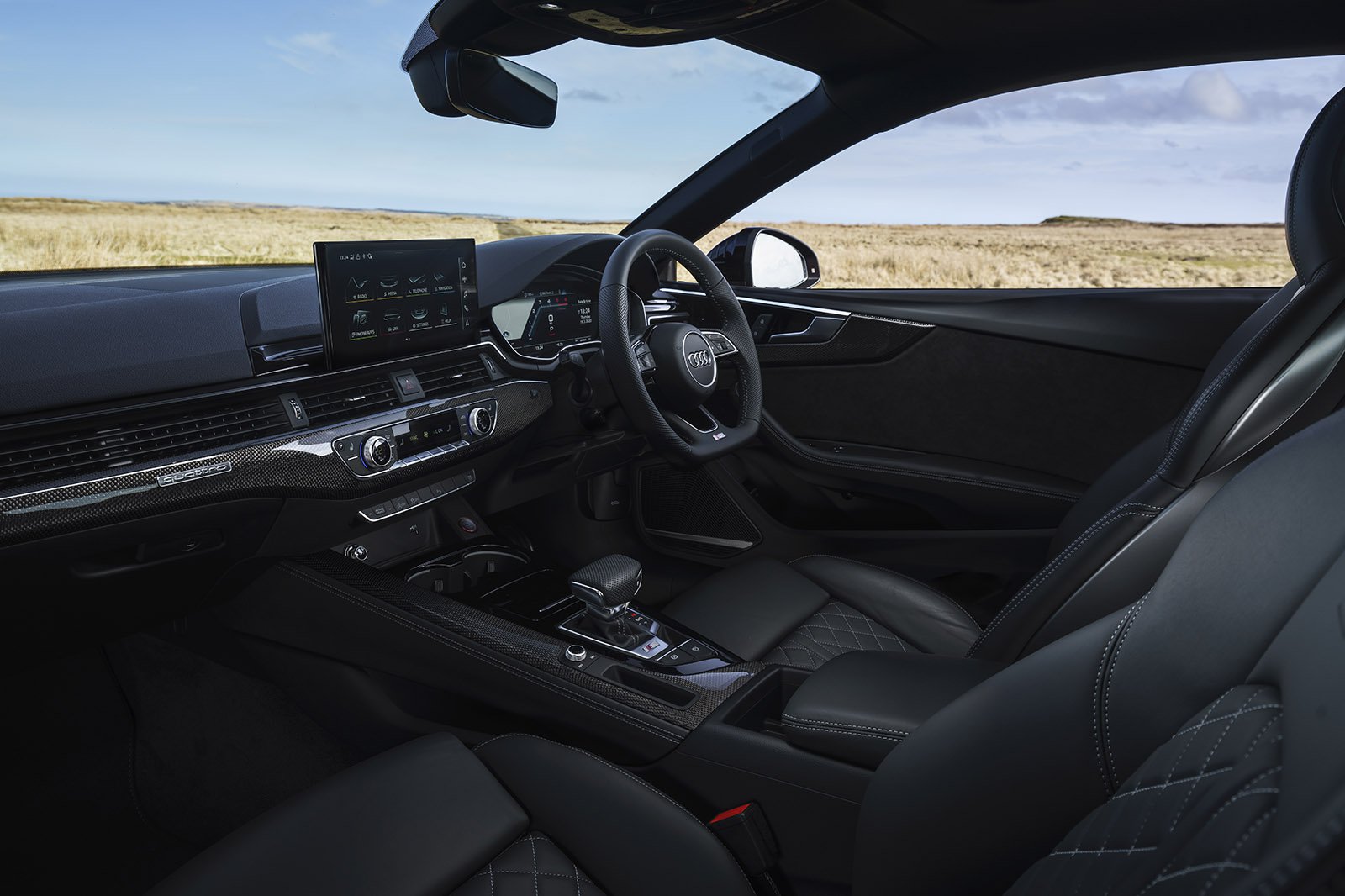