Despite the fact that a big battery has, in effect, been shoehorned under the floor of the BMW iX3, rear space is just as good as it is in the regular X3. This means that two tall people can sit quite comfortably in the back of the car with leg and head room to spare. Even if you add a middle rear passenger into the equation, things are still agreeable for all concerned. You’ll have more room to lounge in the Jaguar I-Pace, however.

The outer rear seats can also be reclined to give a more laid back seating position, a feature that isn’t available in the iX3’s direct rivals.

The main boot area is identical to the X3’s, too, which means it’s slightly smaller than an Audi E-tron’s but bigger than a Mercedes EQC’s. The only thing you lose in the iX3 is a bit of underfloor storage, but there’s still enough room for the charging cable.

40/20/40 split-folding rear seats come as standard on both trim levels.

For more information about how the iX3 stacks up for space and practicality, head over to our BMW X3 review. 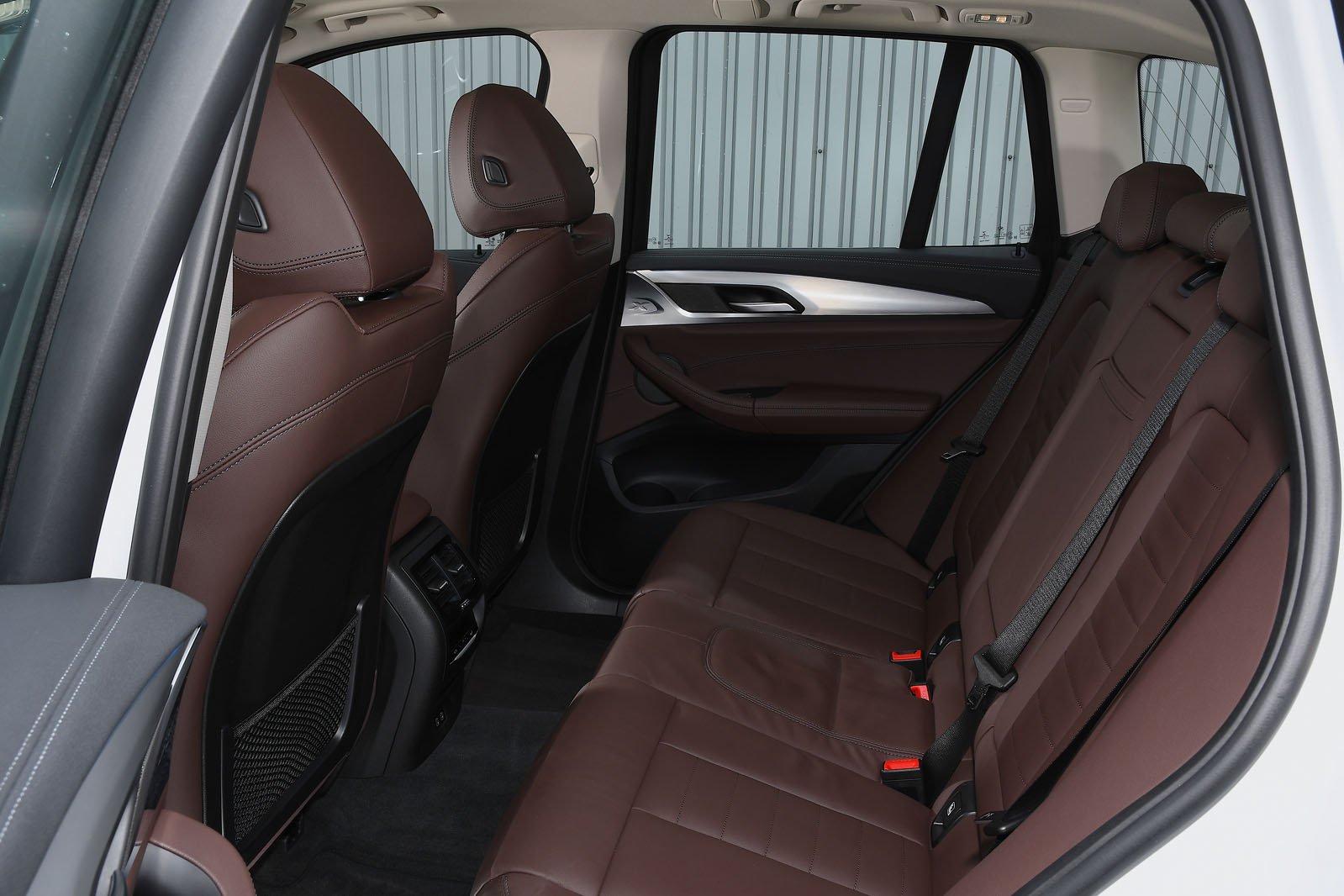