The Citroën e-Spacetourer's power comes from a single 134bhp electric motor that's fed by a 50kWh battery pack hidden below the floor. With a couple of people on board it feels reasonably sprightly on city streets, but it takes its time getting up to motorway speeds. A full load makes it feel even more sluggish and takes a big chunk out of the range, too.

Speaking of which, it’s capable of travelling for up to 143 miles between charges according to the official WLTP tests, but the true figure is likely to be a lot less in real-world driving. Although we’re yet to try it out in our Real Range tests, we struggled to get near 100 miles of range during our motorway-heavy test routes. If you’re looking for a car to use regularly for long journeys, a traditional petrol or diesel alternative might suit you better.

Road noise isn’t bad considering it's based on a van, but there is a lot of suspension noise over ridges in the road and lots of wind roar at motorway speeds. You won’t get as much of either if you choose an SUV, such as the Peugeot 5008, or an MPV that isn't based on a van, such as the VW Touran.

Those two rivals, and many more for that matter, ride better as well. The e-Spacetourer doesn’t often feel truly settled; it thumps over smaller ruts and bumps, fidgets over road imperfections and gets really bouncy over bigger undulations in the road. Passengers with delicate tummies beware – even riding up front won’t necessarily stop you feeling queasy.

Another area in which the Citroën e-Spacetourer loses out to rivals such as the 5008 and Touran is in its handling. The steering is quite slow and requires lot of arm twirling in tight corners or around car parks, and is a touch heavier than we’d like. It is at least accurate, though. Still, this certainly isn’t a car you buy for its agility, with lots of body lean in fast corners and its sheer size making it quite a handful in the city. 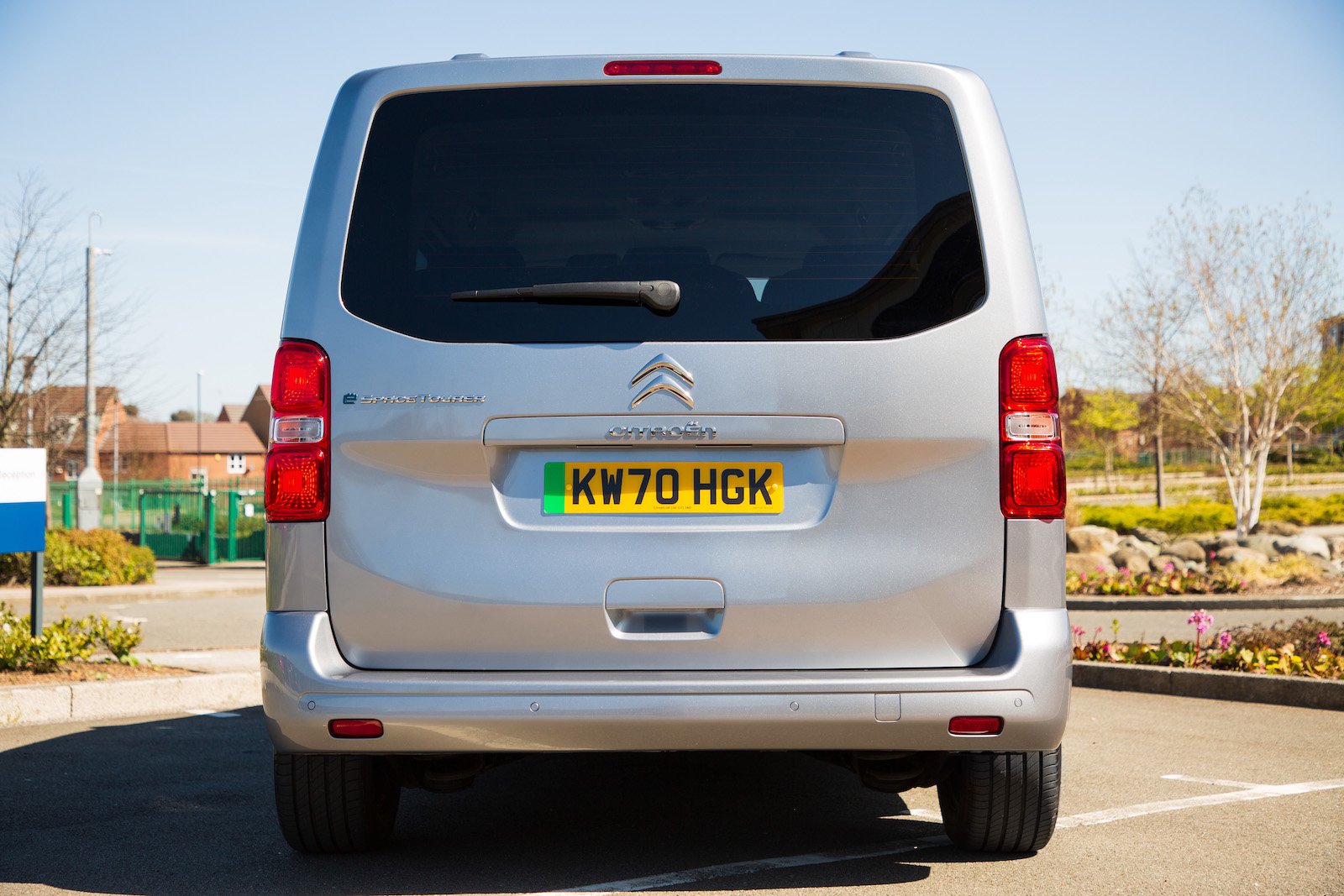