The Ford Transit Nugget’s starting price is a little higher than basic versions of the Mercedes-Benz V-Class Marco Polo or Volkswagen California, but those entry-level models don’t include much of the camping gear the Nugget includes as standard.

The Nugget’s fuel economy is better, too; over 30mpg is easily achievable in the real world. CO2 emissions are on the high side by comparison to a typical 2.0-litre diesel car, but this is basically a big, heavy van after all. And, when it comes to resale, although the California holds onto its value a little better, the Nugget depreciates more slowly than the Marco Polo.

The Nugget’s basis, the Ford Transit Custom, received a five-star Euro NCAP safety rating and was found to provide better protection from injuries in the event of a crash than the Volkswagen Transporter van on which the California is based. Automatic emergency braking (AEB) is optional in conjunction with adaptive cruise control; blindspot monitoring is also available. 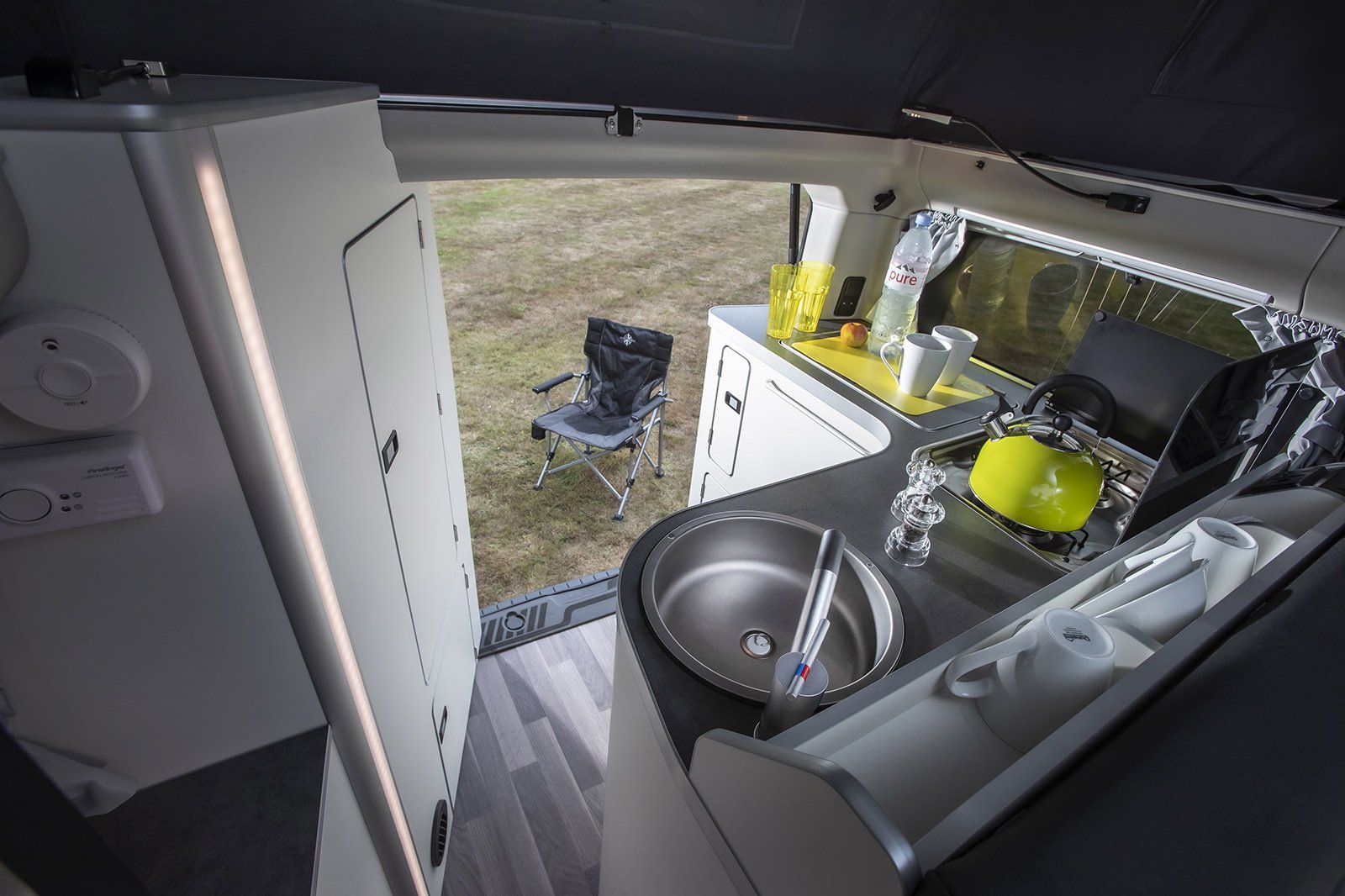