The Ford Transit Custom Nugget's front-seat occupants get plenty of head and leg room, along with plenty of room between them, so walking through into the back is easy.

There are lots of handy storage spaces dotted around the interior, including some big cupholders, open and lidded cubbies on the top of the dash, as well as big door bins. The Nugget soundly trumps the Mercedes V-Class Marco Polo for oddment storage.

As with the Marco Polo and California, the Nugget has a roof that tilts up to reveal another double bed, and it’s a bit wider and comfier than the one below. Unlike the Marco Polo California, you can’t have an electrically operated roof.

To get into the top bed, you clip a ladder on to the kitchen units for far easier access than the two rivals. If you don’t need the bed, it can be clipped to the raising roof and lifted out of the way for more head room.

While it’s the front of the California’s roof that tilts up, in the Nugget it’s the rear. That gives you plenty of head room when you're cooking in the kitchen, which is at the rear of the vehicle. It also makes it easy to walk through to the table that folds out between the front and rear seats.

The kitchen itself is in an L shape, with a hob, sink and fridge, plus plenty of cupboards and drawers. Despite its compact size, cooking a meal shouldn’t be too much of a chore, and can be done well away from children in the ‘living room’. If only adults are going to be on board, we actually prefer the conventional layout of the other two camper vans.

The Nugget has a table between the rear seats and the fronts. Unfortunately, it doesn’t simply fold out of a unit – it has to be pulled out of a hidey-hole and clamped into the floor, making it a trickier operation. You also get a folding table and a couple of chairs for al-fresco meals, as you do with the Marco Polo and California. Unlike those rivals, though, you can get a toilet and washbasin in your Nugget if you opt for the longer variant. 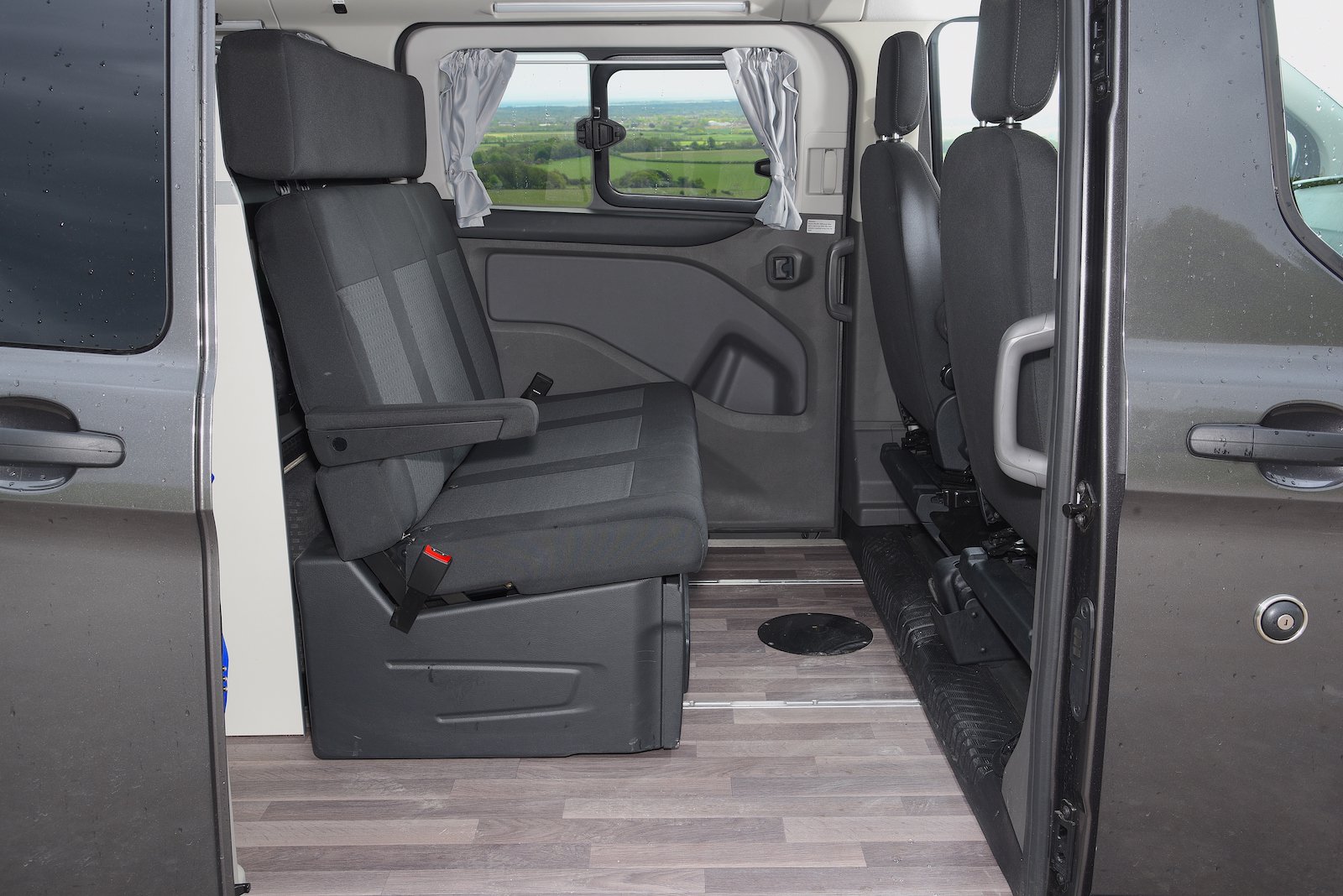