There are seven different body weights for this latest Transit, starting at 2.9 tonnes gross and going up to 4.7 tonnes. As you can imagine, with so much variation, there is huge potential for the Transit van to carry just about anything you want, and the possibilities have improved further, because payloads have increased thanks to a whole host of little improvements which reduce the Transit's weight by up to 80kg compared with the old model.

Rear load space dimensions range from 2900mm to 4073mm and roof heights from 1786mm to 2125mm. That means the largest Transit van can transport 15.1 cubic metres, which makes it smaller than the Mercedes Sprinter, which carries 17 cubic metres, and the massive Volkswagen Crafter (18.4 cubic metres).

The single side door’s aperture of 1.3m is the best on the market. The rear doors, meanwhile, open to 180 degrees, but you can specify 270-degree hinges on the largest Transit models. And if you order the Trend model, you get half-height plywood panelling, while full-height protection is an optional extra. 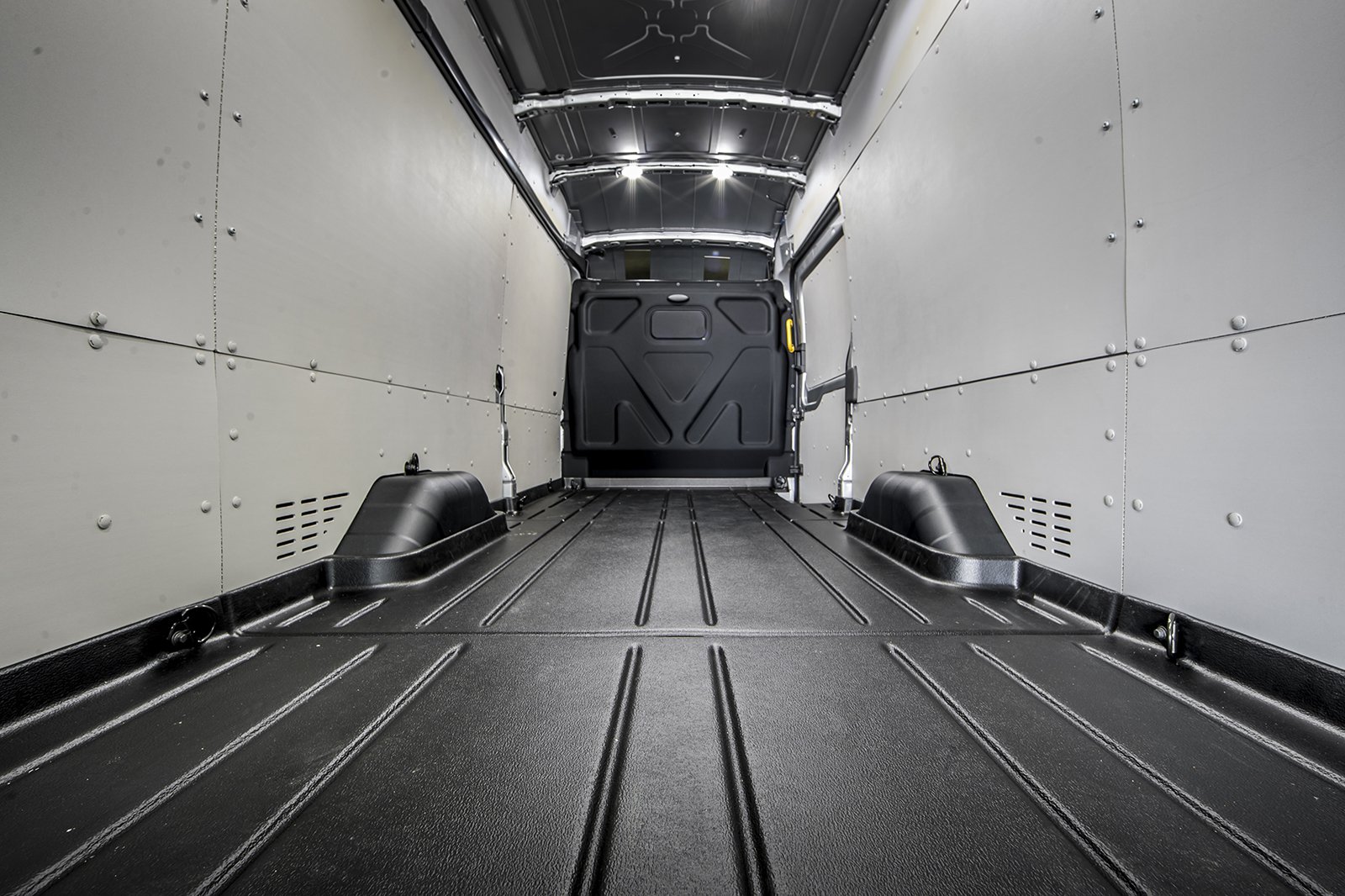