SUVs have often been sold to people as the perfect accessory to an active lifestyle. The original Honda CR-V certainly was, because you could get a plug-in shower with it to wash off your shoes after you'd been to the beach. Now, though, SUVs are mostly aimed at families, which is perhaps why the latest CR-V is available with seven seats, making it a sensible used car purchase for those who have large numbers of people to transport.

Unlike most other large SUVs, this CR-V can't be had with a diesel engine. In the UK, we're only offered a turbocharged 1.5-litre petrol engine with 171bhp or 190bhp if paired with a CVT automatic gearbox or a hybrid system comprising a 2.0-litre petrol engine and an electric motor for a combined power output of 181bhp.

The entry-level S model gets LED headlights, adaptive cruise control, lane-keeping assistance, automatic emergency braking, traffic sign recognition and electric lumbar support for the driver’s seat. SE gets a bigger infotainment screen, Apple CarPlay and Android Auto smartphone connectivity and front and rear parking sensors. SR cars have blindspot monitoring with rear cross-traffic alert and leather seats that are heated in the front and get adjustable lumbar support. Top-of-the-range EX has heated leather seats all round, a panoramic sunroof and a powered tailgate.

If you want sporty handling, you’ll be better suited looking at the Mazda CX-5 instead, because the CR-V is a big, softly sprung thing that rolls a bit in corners and generally isn’t up for being hustled. It copes okay, but it can start to lose grip and carry straight on - before the safety aids cut in to sort things out - more so than some of its rivals if you misjudge your corner entry speed. Furthermore, the steering is a bit slow and requires more lock than you might expect when you're directing the car around an obstacle.

A word of warning for anyone who wants to tow with their CR-V: you’ll need to pick the 1.5-litre petrol with the manual gearbox. This is because it can handle a braked trailer of 2000kg, whereas the hybrid can pull a maximum of only 750kg. To put that into context, the four-wheel-drive Toyota RAV4 hybrid can tow 1695kg.

The CR-V is pretty spacious inside, with a considerable gulf between the front seats and lots of adjustment to get comfortable - although the backrest is controlled by an imprecise lever mechanism on every version other than the top-spec EX, which gets electric adjustment. You’ll need to be very tall indeed to run out of head or leg room in the second row, but third-row accommodation isn’t great in the petrol model and nonexistent if you go for the hybrid.

You don't get any of the usual clever Honda engineering tricks from the folding rear seats; they just split 60:40 rather than the more useful 40:20:40 of rivals like the Peugeot 5008. Regular five-seat models have a pretty commodious boot, but cargo capacity is significantly reduced in seven-seat CR-Vs, and due to the batteries that live under the boot floor, you can't get seven seats at all in the hybrid.

If you're interested in finding a used CR-V, or any of the other large SUVs mentioned here, head over to the Used Car Buying pages to find lots of cars listed for sale at a great price. 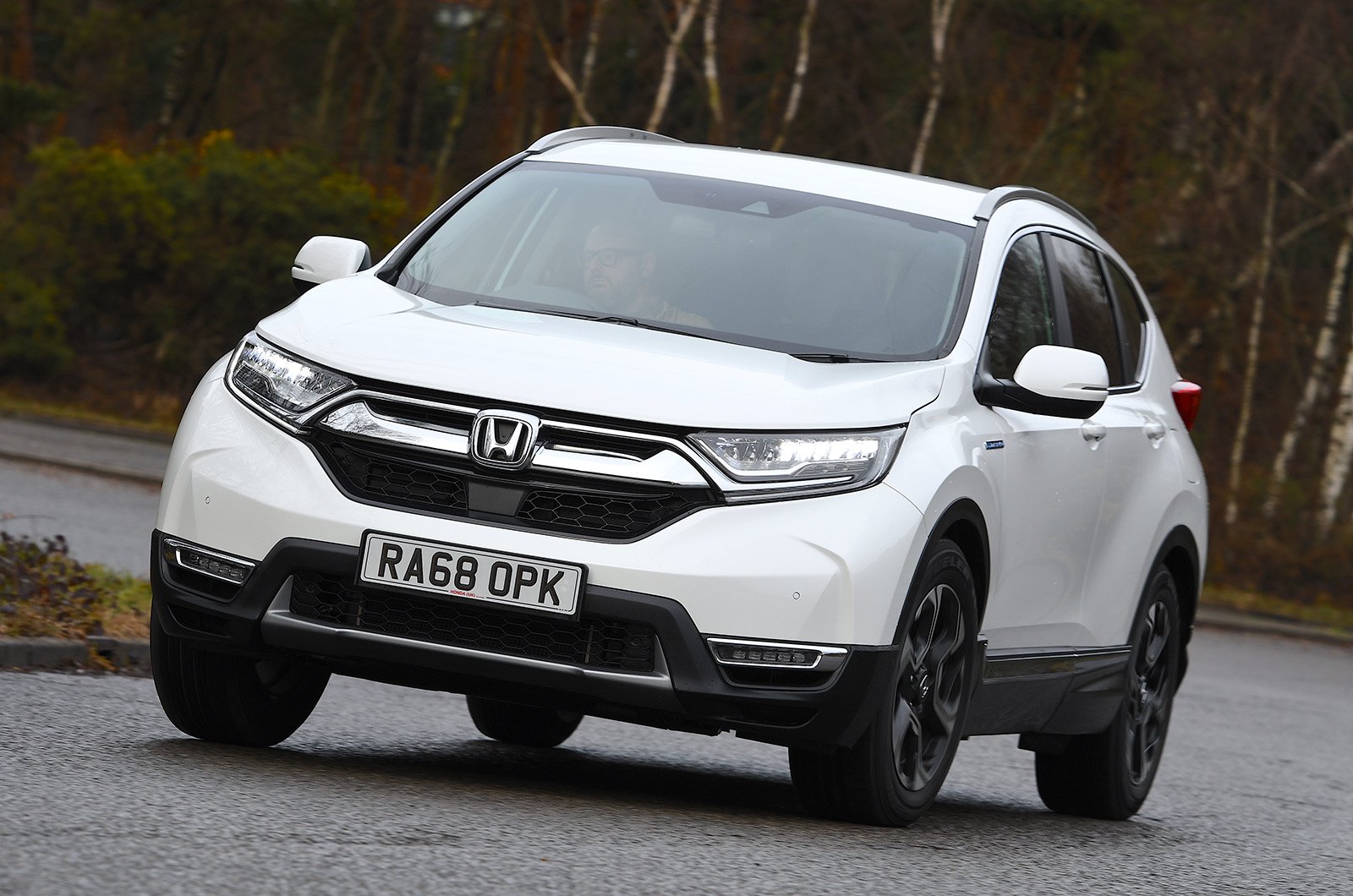