The Honda E’s cheeky looks are backed up by genuinely fun driving manners. It feels really darty around town, with plenty of grip for zipping around roundabouts and a ridiculously tight turning circle, so you’ll barely ever need to make a three-point turn.

Even when you’re out for a jaunt in the country, the Honda E corners in a composed manner without much body lean. And no matter what speed you’re doing, the steering gives you a good sense of connection with the front wheels, thanks to its accuracy and natural weighting.

It’s important to stress that we are comparing the Honda E with other similarly priced electric cars, such as the Renault Zoe and Peugeot e-208, so don’t expect the cat-like agility or rewarding handling you’d experience in a Ford Fiesta ST hot hatch. Nevertheless, even compared with the Mini Electric, Honda’s first proper electric car is jolly good fun.

It’s comfortable enough, too, dealing with nasty urban ruts and potholes more adroitly than a Mini Electric or Smart Fortwo EQ. The suspension is relatively firm, though, and you're jostled around a bit along roads that aren’t perfectly smooth; this isn’t especially annoying, but the e-208 is a better choice if comfort is a top priority.

Although the Honda E is primarily built for the city, it remains relatively quiet on faster roads. There isn’t much road or wind noise, and there’s less electric motor whine than you hear in some rivals.

Go for the entry-level Honda E and you get 134bhp, whereas the pricier Advance model packs 152bhp. The Advance can officially hit 62mph from a standstill in 8.3sec (0.7sec faster than the entry-level car) but, in practice, its performance doesn’t feel drastically different. Whichever version you choose, acceleration feels particularly urgent when you put your foot down at relatively low speeds, making the baby Honda ideally suited to the urban cut and thrust.

A push of a button enables one-pedal driving, whereby lifting off the accelerator pedal turns the car’s regenerative braking system up to its maximum level, slowing the car quickly without you needing to press the brake pedal at all, and helping to recharge the battery in the process. And even when you do use the brake pedal, you’ll find it easy to judge how much pressure to apply to slow the car smoothly – something that isn’t the case in many rivals.

But here comes the bad news. With a fully charged battery, the Honda e Advance can officially travel for just 125 miles, with the less powerful regular version mustering 137 miles. In the real world, you'll be lucky to get much more than 100 miles. That kind of range would have been respectable five or six years ago, but when you consider that the cheaper Zoe can officially do up to 245 miles (we managed 196 miles in our Real Range test) and the Kia e-Niro can do 253 miles in the real world, Honda’s efforts seem distinctly yesteryear. Indeed, even the Mini Electric, another car we’ve criticised for its meagre range, can travel farther on a charge than the Honda E. 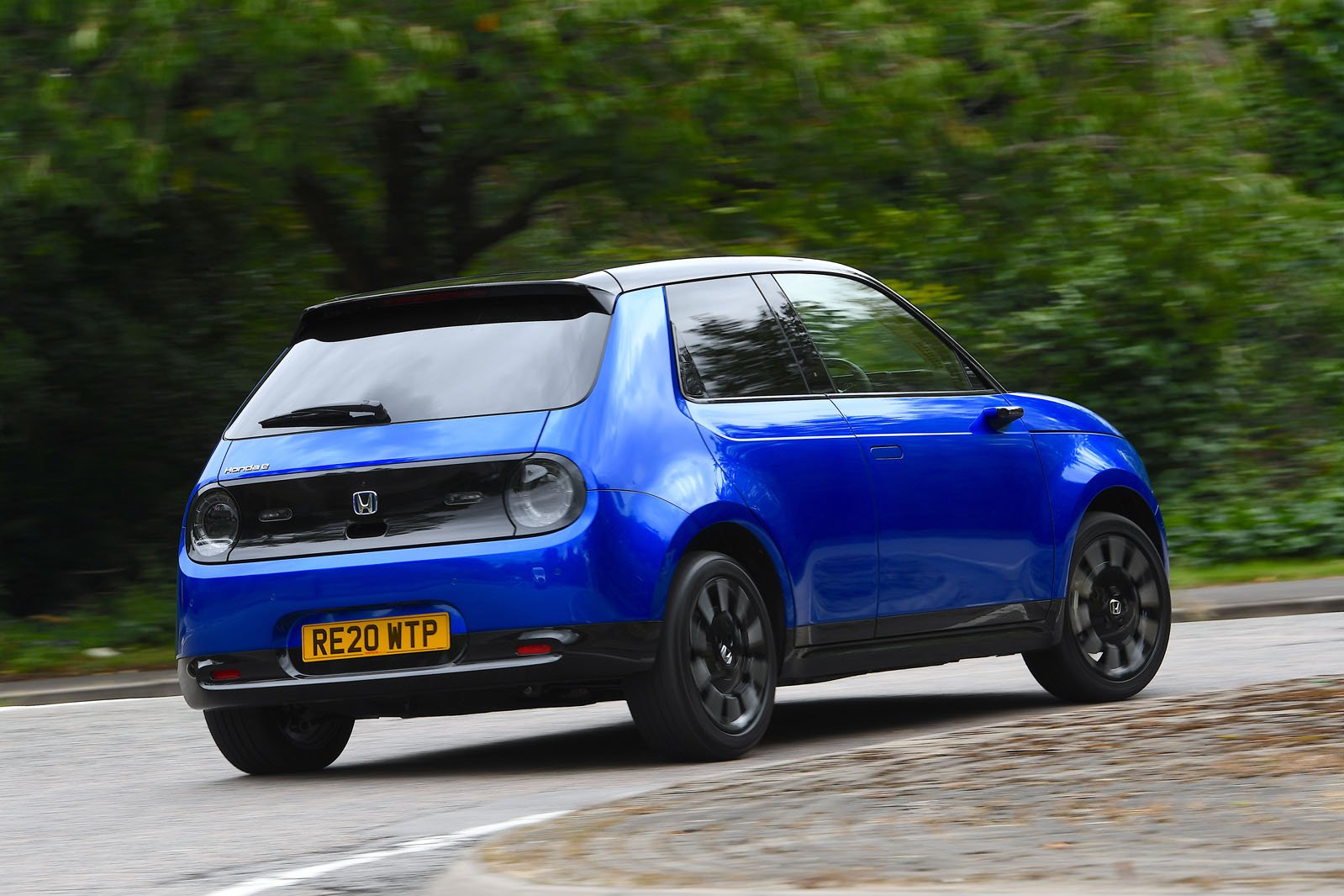