Despite its dinky dimensions, space in the front is actually very good – even really tall people won’t complain. Front storage is a mixed bag; there’s a usefully large cubby between the seats, and a cupholder that pulls out from behind the gear selector buttons. However, the door bins are a little shallow and the glovebox is small.

Space in the back is roughly on a par with the Renault Zoe, so there’s more leg and head room than in a Mini Electric or Seat Mii. There are only two seatbelts in the back, so carrying five people is out of the question, but then it would be a massive squeeze in such a small car anyway. The rear door armrests can each hold a drinks can, but there are no proper door bins here.

The boot, meanwhile, is absolutely tiny. Smaller, even, than that of the tiny Mii Electric. And while it has a relatively broad opening with no loading lip, it’s dwarfed by the load bays of similar-priced rivals, including the Zoe and Peugeot e-208. There is at least some underfloor storage for the charging cables.

The rear seatbacks do fold down when you need to carry more than just a couple of bags of shopping, but because they do so in one cumbersome piece (rather than a 60/40 split), you can’t carry, say, a buggy and a rear passenger at the same time. One of them will have to stay home. 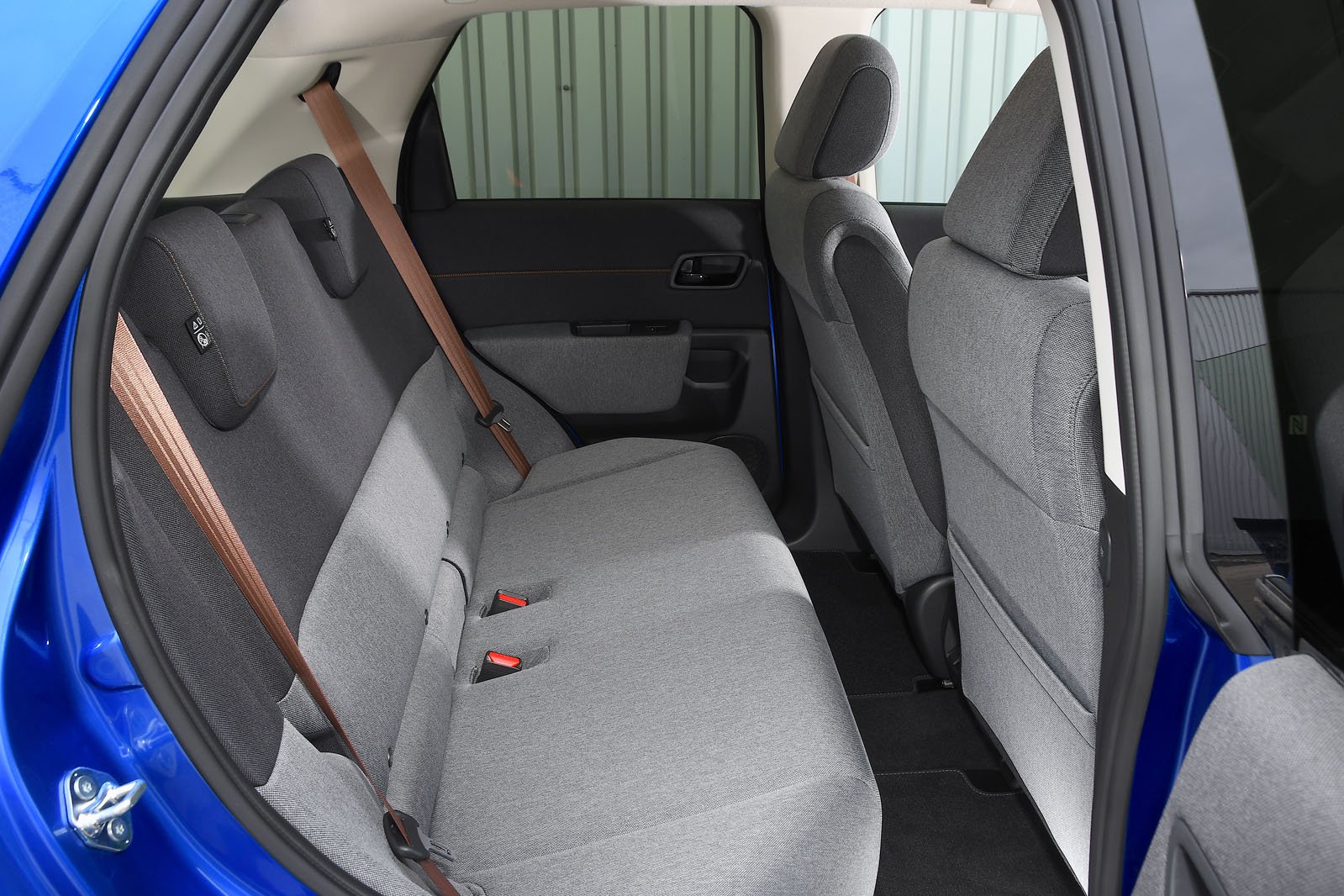