While the cleaner Euro-6d engines are an important update for the Iveco Daily, the most significant change is the new electro-mechanical steering system, which enables a huge step forward in driver safety. It enables lane keeping and, working in combination with braking functions (and the HiMatic auto transmission where fitted)  allow accident preventative braking, and adaptive cruise control (see the Buying and Owning section for more details).

The new steering also helps the Daily to feel far more connected to the road, seeming more agile and generally a much smaller van than it is, no matter if you're driving an example in 3.3-tonnes, 3.5-tonnes, 5-tonnes, 6.2-tonnes or 7.2-tonne gross weight.

As well as changes to the steering, the steering wheel itself is also new. It’s been made smaller (14mm to be precise) in an effort to improve visibility of the instrument cluster, and its bottom has been shaved off for easier access. The centre hub of the wheel has been shrunk but still houses the same sized airbag, and its button-count has increased to 20, to better control the new infotainment system.

Best of all, though, is that the steering column is now adjustable for both rake and reach – a simple but much needed improvement that makes the latest Daily much comfier to drive than before. The final steering-related change is a new City Mode button to reduce the amount of steering effort by 70%, helping with parking or other slow speed manoeuvres.

The Daily now rides more smoothly than previous generations too, thanks to an additional leaf in the rear suspension assembly. This applies only to the single rear wheel models, and is a change which has been made to mimic the better ride and performance of the twin-wheel models. It’s certainly worked, with noticeably less bounce from the rear. Perhaps the only downside is that it increases ground clearance by 25mm, adding to the rear loading height.

New ultra-low rolling resistance tyres create a degree of additional noise but help to further improve fuel economy, which is reduced by 10% on the 2.3-litre models. Also to be thanked for improved efficiency are  Start & Stop; an electronic variable geometry (eVG) turbo and a new alternator.

The 2.3-litre engine is our favourite of the two. Iveco offers it in 120, 140 and 160 variants, with nominal outputs of 116bhp, 136bhp and 156bhp. The entry-level 120 is certainly adequate, but its peak torque arrives a lot later than the other two units. Instead we would suggest the 140 as our pick over the more powerful 160

Despite the 160 having 280lb ft of torque compared to the 140’s 258lb ft, they both operate with a wide torque band from just 1500rpm. A six-speed manual gearbox is standard, but all three versions are available with the excellent HiMatic automatic transmission, which provides quick and seamless shifts.

It also works well on all the diesel engine versions of the Daily, but is perhaps best equipped to deal with the 210 engine found on the 3.0-litre range. With 210bhp and 347lb ft of torque this would be our recommendation for heavyweight usage applications over the 160 (158bhp) and the 180 (178bhp) as it is the only powertrain to make use of the new eVG turbo. 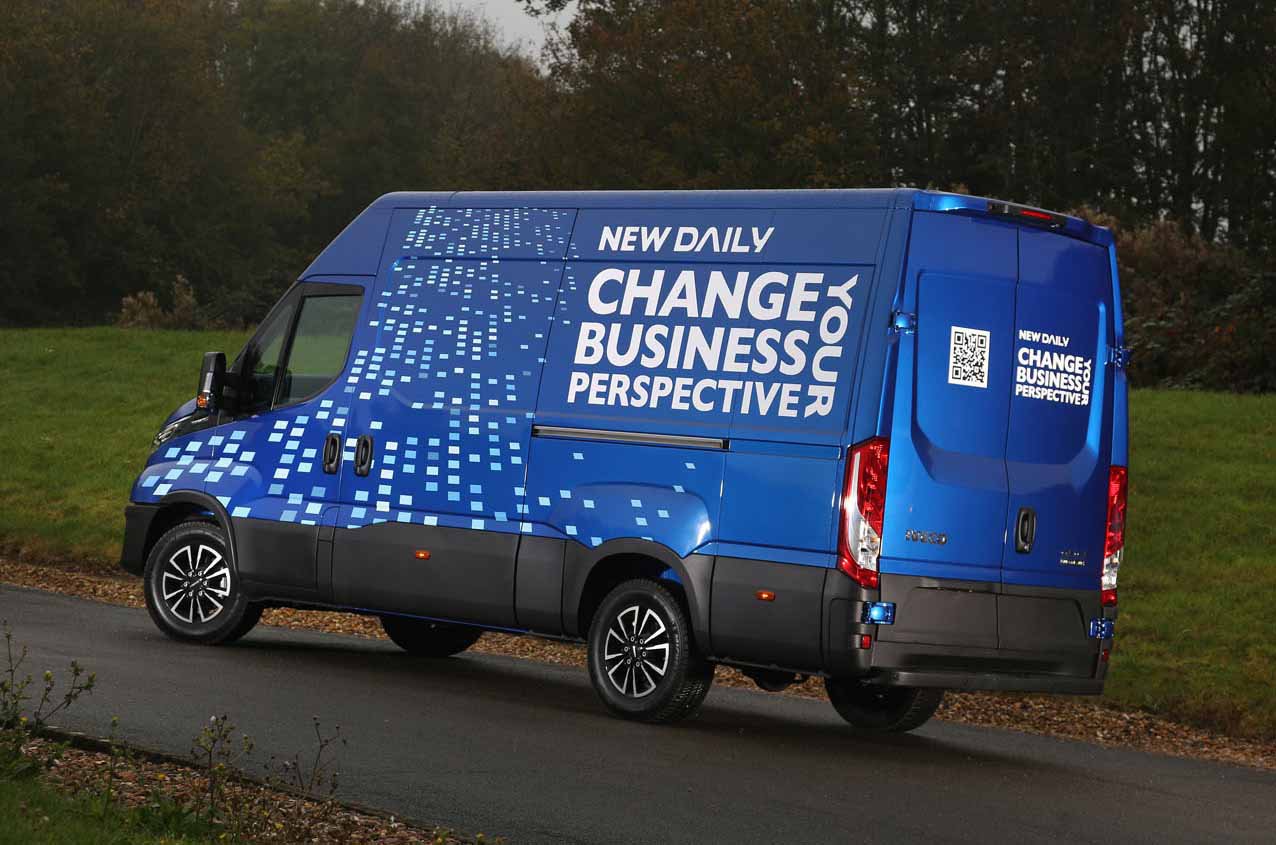