You feel cocooned by sitting low in relation to the window line, but outright space in the front is almost on a par with the BMW 3 Series. That means tall adults should be able to get comfortable, and there’s enough space between the driver and passenger for you not to get in each other’s way.

The two cupholders between the seats will handle all but the largest takeaway or travel mugs. What’s more, there’s an open storage area next to the gear selector that's the ideal size and shape for a phone, and the centre console cubbyhole (which doubles up as an armrest) is good for stowing bulkier items. The door pockets are a bit narrow, but you’ll get a 500ml bottle in each of them.

Head room isn’t abundant, so tall passengers may have to slouch to avoid having their hair uncomfortably close to the roof. If seated behind somebody tall in the front, leg room is tight, too.

To make matters worse, the rear seat bases are thinly padded and anyone in the middle seat has a chunky hump in the floor to straddle. In terms of the width on offer, three reasonably large adults won’t like being squeezed in the back for long. Put simply, the BMW 3 Series and Audi A4 are far roomier for rear passengers.

Two seatback map pockets are standard, as are two cupholders in the central armrest. The door pockets are fairly small but will each take a 500ml bottle. 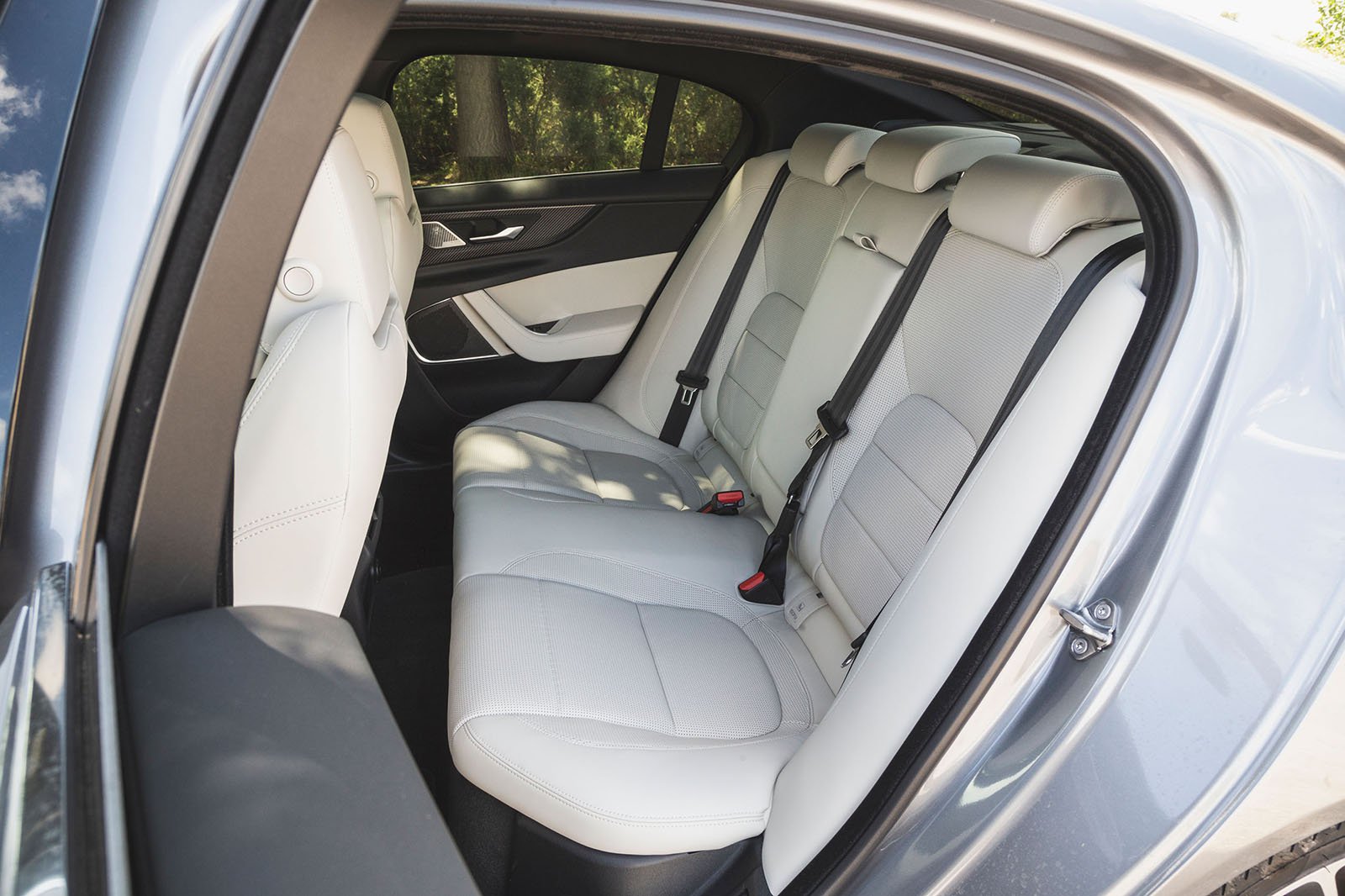 Most saloons have fairly limited seating flexibility, and that’s true of the XE, too. Its rear seats are fixed and can’t be folded unless you pay extra for the 40/20/40-split bench. This is a fairly expensive addition but betters the 60/40-split rear seats that are offered in some rivals.

Depending on the trim level, the front passenger seat gets either partial or full electric adjustment as standard.

The XE’s boot suffers the same problems as those of most saloons: a narrow opening and a shallow load bay. It's not very wide, either, which will be a particular hindrance if you want to carry a big buggy or a set of golf clubs.

If you want to have a space saver spare wheel in your XE, then you’ll need to be prepared to sacrifice a bit of boot space for the privilege. Fitting one requires a raised boot floor in order to clear the spare wheel beneath, and this robs you of valuable luggage space.

Even if you pay extra for split-folding rear seats, you’re still left with a narrow space to thread long items through, and a big step in the floor of the extended load bay. Rivals, such as the 3 Series and A4, have more space for luggage.