A quick glance at our test car’s giant 22in wheels (21in wheels are standard and you can even have 23in ones) might lead you to think that the Urus will be about as comfortable as riding a shopping trolley over corrugated iron. Mercifully, this isn’t the case, thanks to standard air suspension with lots of clever electronic controls.

Yes, you do feel the car fidget a little over crumbling road surfaces – especially at low speeds – but it’s never downright uncomfortable. The Urus certainly prefers smoother surfaces, proving relaxing over undulating Tarmac with the suspension in its softest Strada setting. Despite being compliant, it avoids ever feeling wallowy or uncontrolled.

Even if you select Sport mode for the suspension, there’s enough give to deal with all but the worst of bumps should you fancy a B-road blast. However, the firmest setting, Corsa, is best left for the track or the smoothest of continental roads. Keep to Strada or Sport, though, and you’ll find the Urus is very easy to live with in mundane driving scenarios.

Right, now that we’ve got the sensible stuff out of the way, let’s focus on the exciting stuff – the handling and performance. For something that weighs well over two tonnes, the Urus certainly turns in to corners very keenly. The steering is quick, and it gets faster the more you turn the wheel. Although the weighting feels a little unnatural when this happens, you quickly get used to it, so you can place the nose accurately.

But the Urus has another trick up its sleeve – four-wheel steering. This helps agility and reduces the turning circle at low speeds by turning the rear wheels in the opposite direction to the front wheels. Speed up and they turn in the same direction, boosting stability.

Once you’ve got the Urus turned in, you’ll notice that there’s very little body lean, regardless of your speed. This is down to another piece of clever tech – active anti-roll bars. These help prop the body up in bends to the point that the Urus rolls less than some estate cars. Combined with tyres large enough to roll a cricket pitch, grip levels are ridiculously high. Even if you are mad enough to unstick it, the Urus remains predictable. We just wished it involved its driver a little more in the process of going quickly.

That’s not to say it isn’t exciting. With 641bhp under the bonnet, the Urus is fast to the point that your vision starts to go slightly blurry at the edges. But while it launches hard from standstill, it’s not until it hits second gear that it really gets going, reeling in the horizon like a frenzied fisherman.

Despite being a big V8, you need to work this engine for maximum performance. Although you’re unlikely to complain about the way it picks up from around 1500rpm, it really gets into its stride beyond 3000rpm on its way to more than 7000rpm. The engine is always audible but not intrusively so in Strada mode. Flick it to Sport and it sounds far meatier and chucks a few pops and crackles in for good measure.

It’s easy to keep the engine spinning in its sweet spot, too. Left to its own devices, the auto gearbox kicks down keenly and is smooth in Strada mode. Sport mode makes it hang onto gears a bit too long, while Corsa adds a real thump with every gearchange. Take over with the paddles and it’s very responsive, too. As for the brakes, you get carbon ceramics as standard that resist fade well, stop the car quickly and are easy to modulate at sane speeds.

If you do decide to take the Urus off road, you have a few modes for different terrains. These also jack up the air suspension for more ground clearance. While the car will deal with slippery conditions with ease, it’s not as capable as a Range Rover. 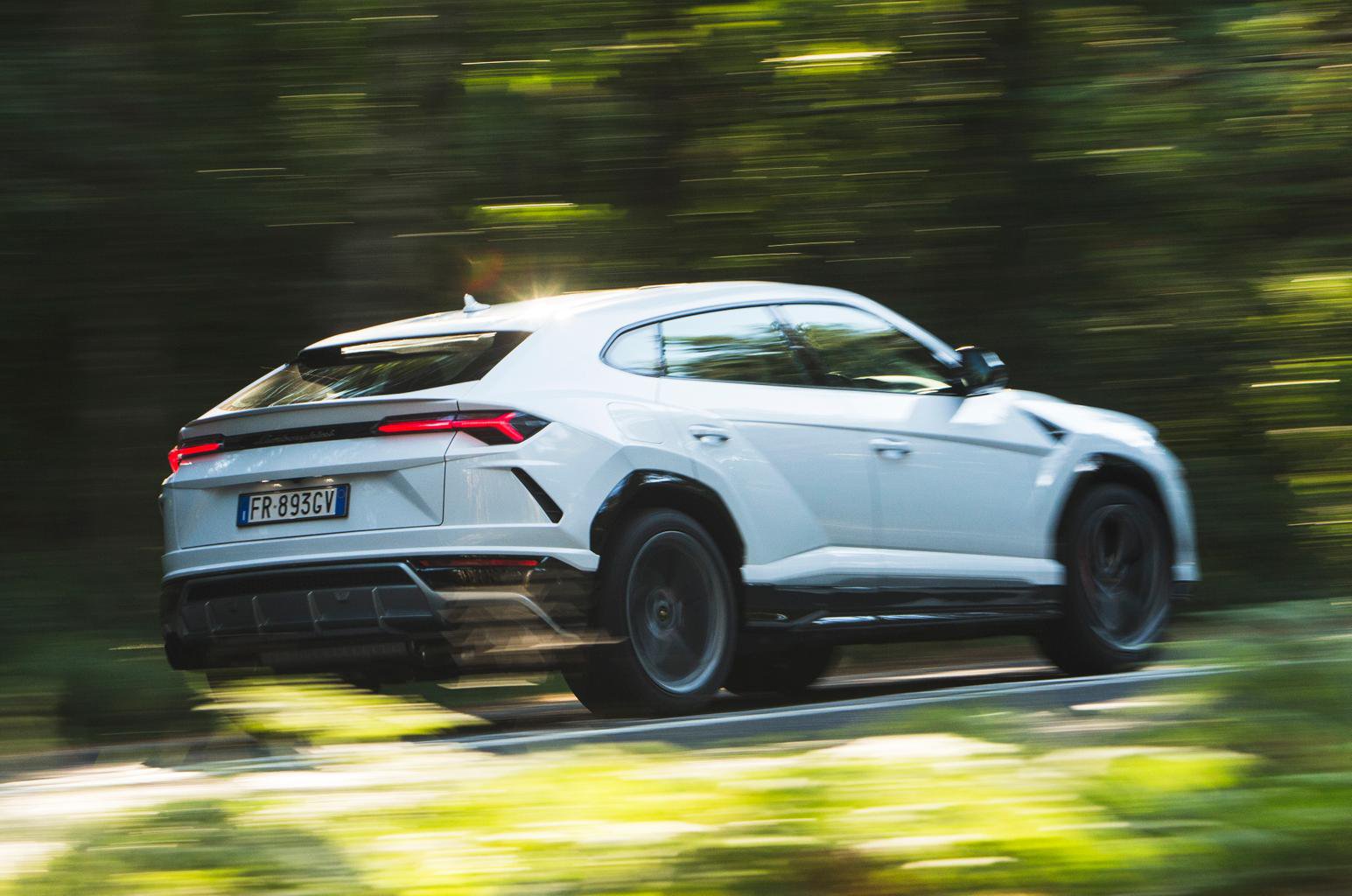