One of the benefits of designing the Defender with boxy proportions is that it gives everyone on board lots of space in every direction.

You get lots of head room and shoulder space, and Land Rover has been very clever in the way it has positioned the Hard Top's bulkhead. Instead of sitting right up against the back of the front seats (as in most vans) it has been pushed quite far back. That gives the front passenger plenty of room to push their seat back and opens up plenty of legroom.

On the 110, those figures rise to 1423mm (1160) and 1472mm respectively, although cargo height is slightly lower at 937mm. That’s not quite as large as a Ford Ranger Double Cab’s bed (which is 1549mm long and 1139mm between the arches) but both can accommodate one standard Euro pallet.

Pick-up rivals also have an advantage when it comes to payload because they have to be able to carry more than a tonne of payload to qualify as a commercial vehicle. That rule doesn’t apply to SUV-based commercial vehicles – the 90 has a maximum payload weight of 670kg, while the Defender 110 maxes out at 800kg, irrespective of which engine you choose.

One area where the Hard Top is a match for the Ford Ranger and Toyota Hilux is towing, with all versions capable of pulling a 3500kg braked trailer. 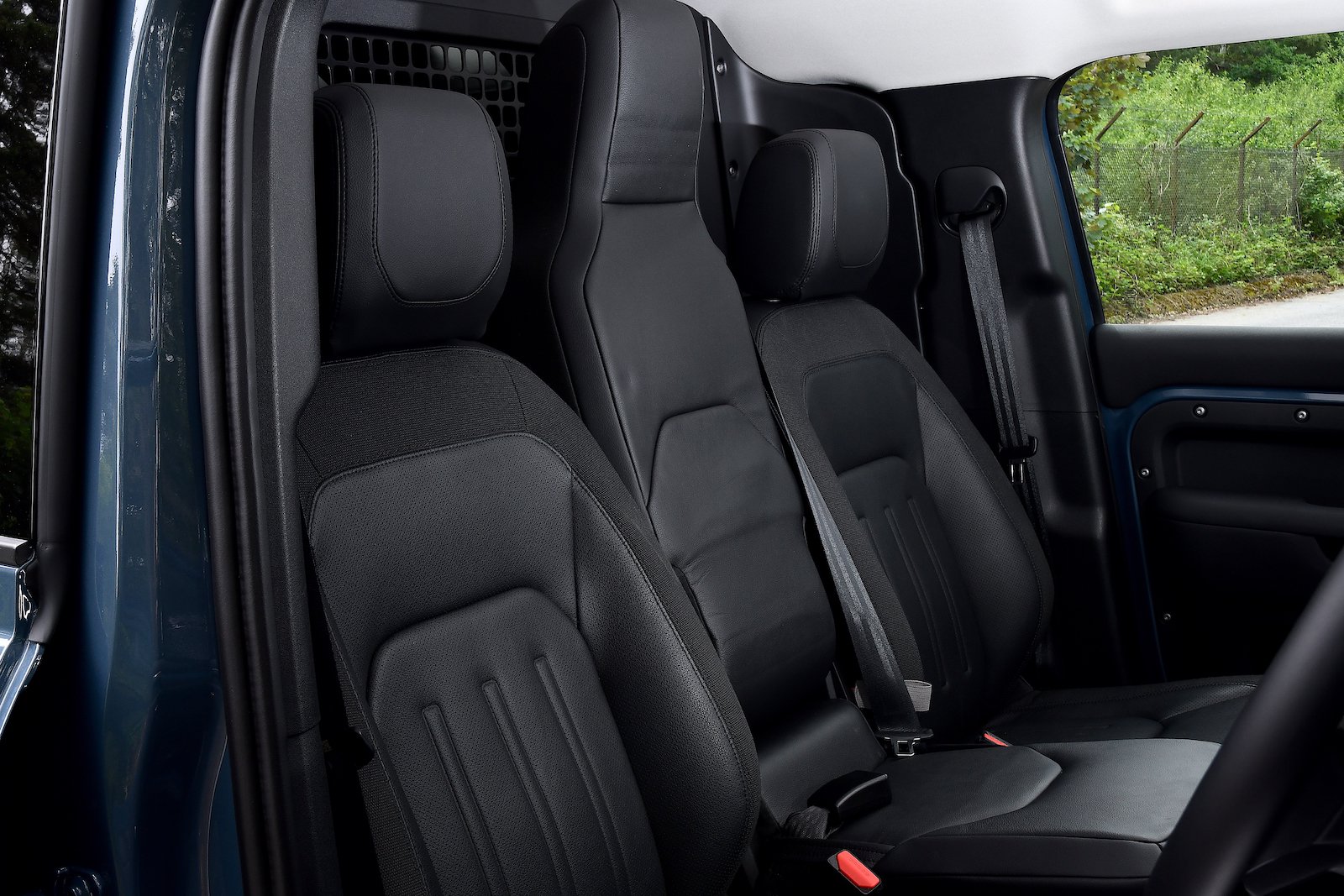