The only engine available is a supercharged 3.5-litre four-cylinder V6 petrol, but it's available with three power outputs: 345bhp for the standard car, 410bhp for the 410, and 430bhp for the 430. In all cases it's hooked up to an old-school six-speed manual gearbox; if you want a paddle-shift controlled automatic, you’ll need to look elsewhere.

So far, we’ve only sampled the range-topping Exige Cup 430, which, as you might have guessed from the name, is very much designed for dedicated track day fiends. Indeed, from the moment you hit the starter button and hear that supercharged V6 blare into life, everything about the 430 screams motorsport.

But don’t go thinking that the 430 is simply a one-dimensional track toy. No, the Exige doesn’t have power steering, but don’t worry, you don’t need biceps like balloons to manoeuvre one out of a car park. Once you actually get the car rolling, the steering is nicely weighted and easy to judge. Unlike some ultra-focused sports cars, easing away from a standstill is a trouble free affair, partly because there is so little weight to get moving.

In fact, as a road car, the 430 is far more easy going than it has any right to be. On the kind of undulating country roads that you’d naturally seek out for a Sunday morning blast, the 430 displays a sublime level of body control, flowing over rough surfaces with a deftness that puts more focused track-toys such as the Ariel Atom and Caterham 620 to shame. This control is mainly down to the clever three-way adjustable Nitron suspension dampers, which you can adjust (by hand) to find your optimum set-up; although Lotus’s pre-set fast road setup strikes an almost perfect balance between handling and pliancy.

And talking of perfection, the steering is pretty close to faultless, too. Even in a straight line, it chatters away in your hands, streaming little messages about the road’s surface for you to interpret. This could, admittedly, get a little tiring on a long journey, but once you reach the right road, the way the steering weights up in a quick corner is impeccable; the feedback streaming through the steering wheel leaves you in no doubt about what the front pair of Michelin Pilot Sport Cup 2 tyres are up to and how much grip they have in reserve – and it’s usually plenty.

On a track, once the tyres are up to temperature, the Cup 430 has the pace to keep up with pretty much anything – six-figure supercars such as Porsche’s GT3 and the Mercedes-AMG GT-R included. Drop a few cogs using the six-speed manual gearbox (whose shifter is as good to look at as it is to use – more on this later), rev the engine beyond 4,500rpm (at which point the exhaust valves open, delivering a soundtrack worthy of a historic race car) and the Exige accelerates at a pace that would be inappropriate on a public road. It is every bit as intoxicating as revving out a GT3’s sonorous flat-six, and as far as we’re concerned, compliments don’t get any greater than that.

Of course, with a 174mph top speed, you need good brakes, and, thankfully, those of the Exige are as good as anything you’ll get from the likes of Porsche or AMG. From the moment you begin to squeeze the pedal, you know that stopping will be both smooth and rapid. And because the Cup 430 is so light, you can use the brakes hard all day without them ever overheating or losing their bite.

So is there anything bad about the Cup 430? Well, there is quite a lot of road noise at 70mph, the engine drones a little at a cruise, and you will definitely catch the nose on a speed bump at some point, but these foibles pale into insignificance when you use the Exige how it’s intended. 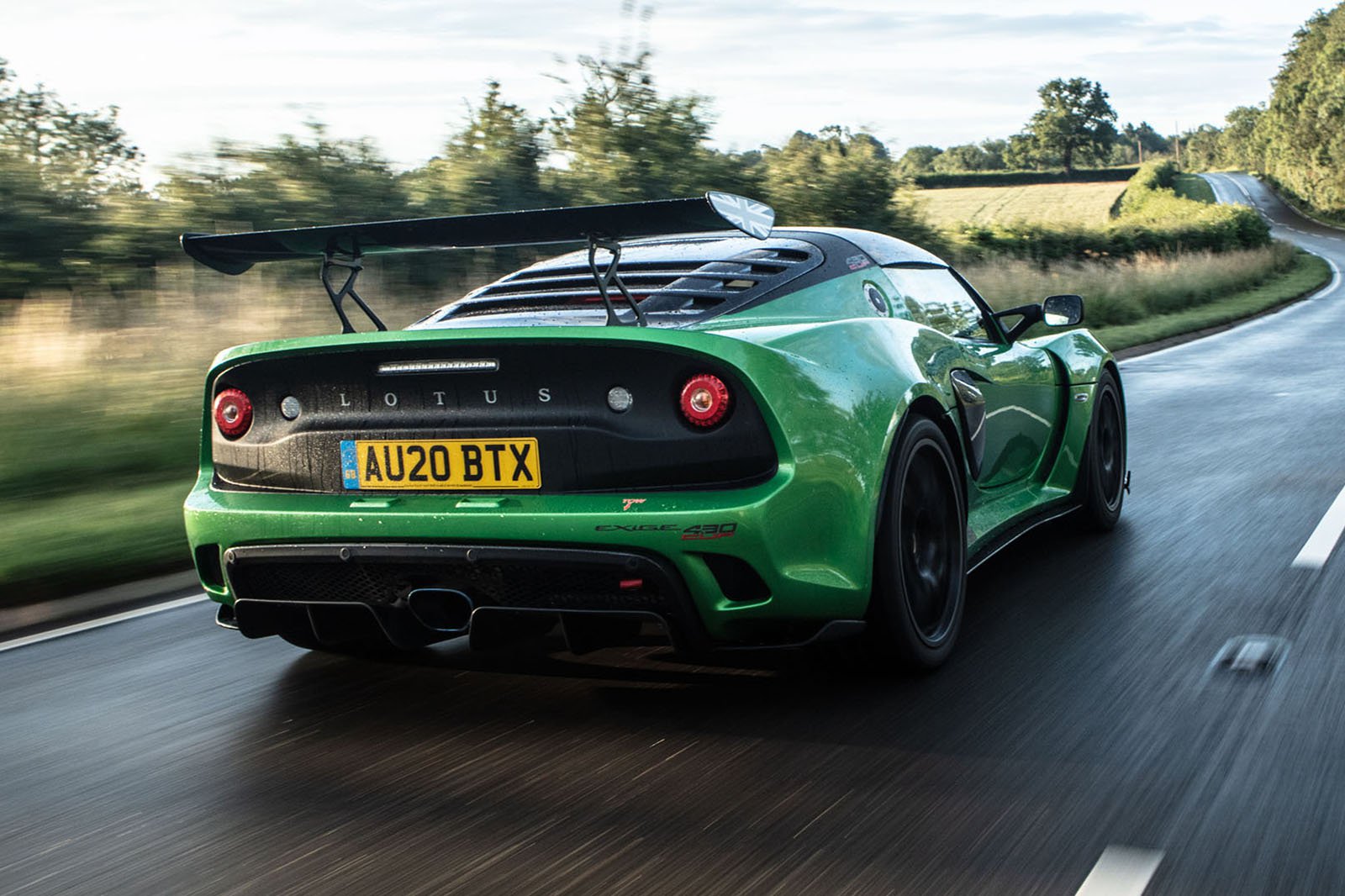