With the carbon-fibre bones of a supercar, you’d expect the GT to be far more engaging to drive than a regular front-engined Grand Tourer – and it is. Compared with an Aston Martin DB11 or Bentley Continental GT – the latter weighing in at close to two and a half tonnes – the 1530kg McLaren feels light on its feet, diving into corners with gusto and exhibiting next to no body roll. You also get a beautiful sense of feedback through the base of your seat, helping you to judge just how much grip all four tyres have when pushing on.

Indeed, giving the driver ‘feedback’ is something McLaren does better than most. Case in point: the steering. Jump from a DB11 to a GT and you might at first be put off by the McLaren’s overly light hydraulically-assisted setup, but that feeling doesn’t last long. Get on a good road and the steering wheel comes alive in your hands, its weight naturally changing over every crest, compression and variation in surface. It’s a setup that lets you know exactly what’s going on under the front wheels, giving you a level of confidence that you simply don’t get from rivals.

And the good news continues: McLaren hasn’t sacrificed comfort for agility. The GT might do without the 720’s clever cross-linked hydraulic suspension, but its more conventional combination of coil springs, adaptive dampers and anti-roll bars is still shockingly effective. There’s a lovely sense of compliance over gentler lumps and bumps in its softest setting, and, while sharp ridges and potholes are felt through the base of your seat, the car never shudders or thumps. Indeed, we’d go so far as to say that it rides better than many executive cars we’ve driven.

With a view towards complimenting this relaxed demeanour, McLaren has also tweaked the 720S-sourced twin-turbocharged V8 engine to deliver its power more smoothly. However, it’s here where the GT starts to have a bit of an identity crisis. Drive it like a supercar, with one of the sportier modes selected and and the gearbox locked in manual, and the engine feels beautifully honed. It pulls well from 3000rpm and sounds like a proper race-derived motor as it approaches its lofty 8000rpm redline. What’s more, each shift from the push/pull gearshift paddles that are mounted behind the steering wheel brings a lightning-quick and brutally efficient gear change.

So, what’s the problem? Well, when you just want to cruise, like you often do in a grand tourer, the engine is altogether less obliging. Leave the gearbox in auto mode and it exhibits a propensity to shift up to the highest gear available, dropping the V8 out of its sweet spot and making the engine feel rather unresponsive. This can make overtaking difficult; you’ll often find yourself pressing the accelerator pedal harder and harder until the gearbox finally decides to shift down, at which point you get a sudden, slightly surprising burst of acceleration.

At higher speeds, things become even more frustrating. Sitting at a 70mph motorway cruise with the revs just below 2000rpm, the engine drone is considerable, and, despite McLaren fitting lots of soundproofing to the GT, that carbon-fibre tub acts as an echo chamber that amplifies road noise. Don’t get us wrong, compared to a McLaren 570S or 720S, the GT is significantly quieter. But compared to conventional GT cars such as the Aston-Martin DB11 or Bentley Continental GT? It doesn’t get close.

To some, this won’t matter. But if you are looking for a GT to cover big miles in, it’s also worth noting that the McLaren is also sorely lacking in the driver-assistance department. There’s no lane-keeping assistance, active cruise control or blind spot monitoring; each of which are handy features that can make long, average speed camera-strewn sections of  motorway much less taxing. 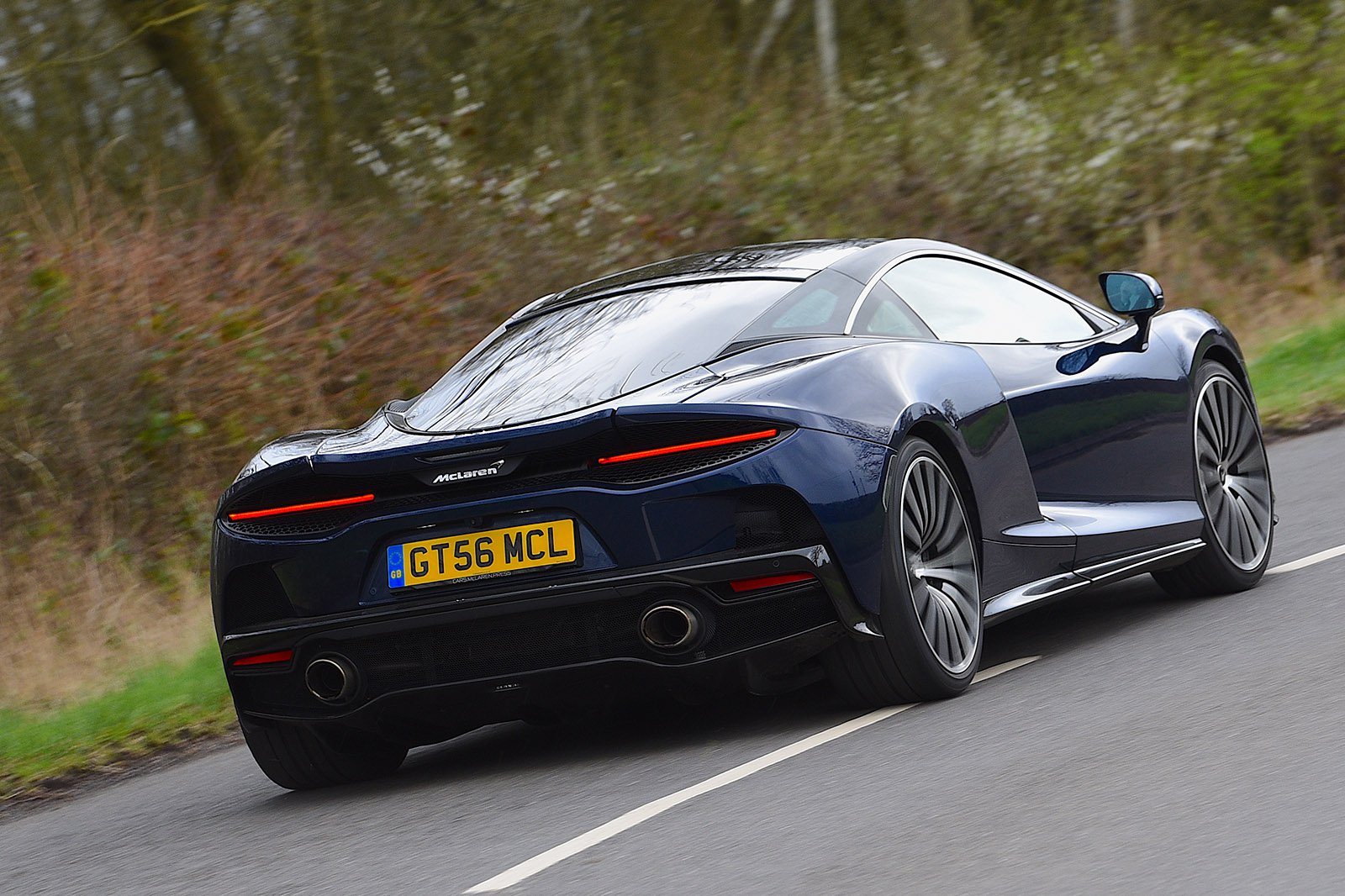