Despite having a high-set, SUV-like driving position, there’s plenty of room in the front of the B-Class; even very tall people are well accommodated in the broad, high-roofed interior. Space is equally impressive in the rear seats, with plenty of head and leg room for two six-footers – or even three to sit side-by-side.

That said, adult middle rear seat passengers probably won’t fancy a long trip; the firm, raised seat cushion isn't ideal. The rear seatbacks can be reclined for a more laid back seating position, or set to a more upright position to free up a bit more boot space. 40:20:40 split-folding rear seats come as standard for those occasions you need to carry more clobber.

But bear in mind there’s no seven-seat option in the B-Class; the Volkswagen Touran has seven seats as standard, as does the BMW 2 Series Gran Tourer.

Even without those, though, the B-Class has a decent boot. Indeed, you’ll fit more in it than you would in that of a BMW Series Active Tourer and it benefits from a low load lip and broad aperture; a boon when you’re loading pushchairs and other bulky items. The B250e plug-in hybrid’s battery occupies the space that other versions provide beneath their false boot floor, though. If you need an even bigger boot than the B-Class can offer, consider the Touran or Ford Galaxy. 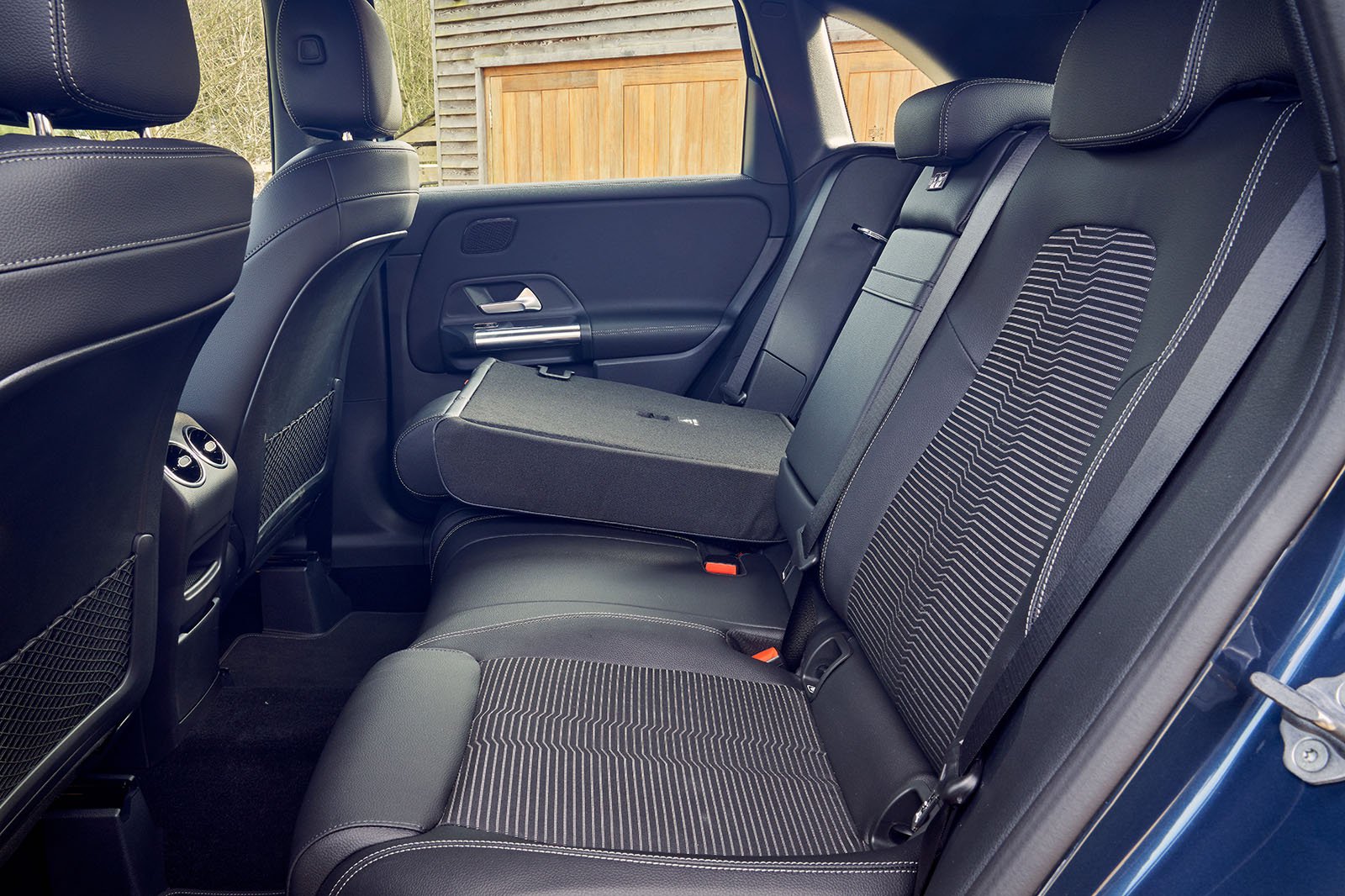