The C63 comes with an electrically adjustable steering column and heavily bolstered sports seats, while the C63 S gets even more figure-hugging, semi-bucket-style chairs. Both seat types have fully electric operation, so nobody should have an issue finding a suitable posture. They're quite hard, though, so expect a little bit of back stiffness on long journeys.

The driving position is good overall, the one weakness being the transmission tunnel that bulges sideways and impinges on space for your left leg. Forward visibility is fine, but the coupe, convertible and, to a lesser extent, saloon are tricky to see out the back of. The estate, by comparison, is fine. Either way, fear not, because all-round parking sensors and a rear-view camera are standard, while a 360deg camera is a worthwhile optional extra. All models come with adaptive LED headlights that are not only bright but can shape their light spread to remain on main beam without dazzling oncoming traffic.

All C63s get the C-Class’s top-spec Comand Online infotainment system and sat-nav. This comes with a 10.3in screen, rotary and touchpad controls. The graphics look great, but the system can be tricky to use due to menus that aren’t always obvious to figure out. The combination of rotary selector dial, a touch-sensitive centre pad with sensors on the steering wheel, plus a touchscreen, can become confusing – it’s easy to be concentrating on the touchscreen only to interrupt your inputs by accidentally stroking the steering wheel touch pad. Still, while it’s less intuitive than BMW’s iDrive and Audi's MMI, it's miles better than the system in the Giulia QV.

The rest of the C63’s controls are well laid out, and as standard it comes with a configurable, 12.3in digital driver’s display in place of conventional analogue dials. This allows you to alter the style of the layout and show maps, media and various other information in the instrument cluster where it’s easy to see.

There’s a real flamboyance to the C63's interior and a plush mix of soft Nappa leather, brushed metal and gloss-black plastic surfaces. Optional upgrades range from a carbon-fibre or wood finish centre console with analogue clock, right up to coloured seatbelts. It has a much more premium finish than the Giulia QV but in places doesn’t match the screwed-togetherness of the RS4 Avant. 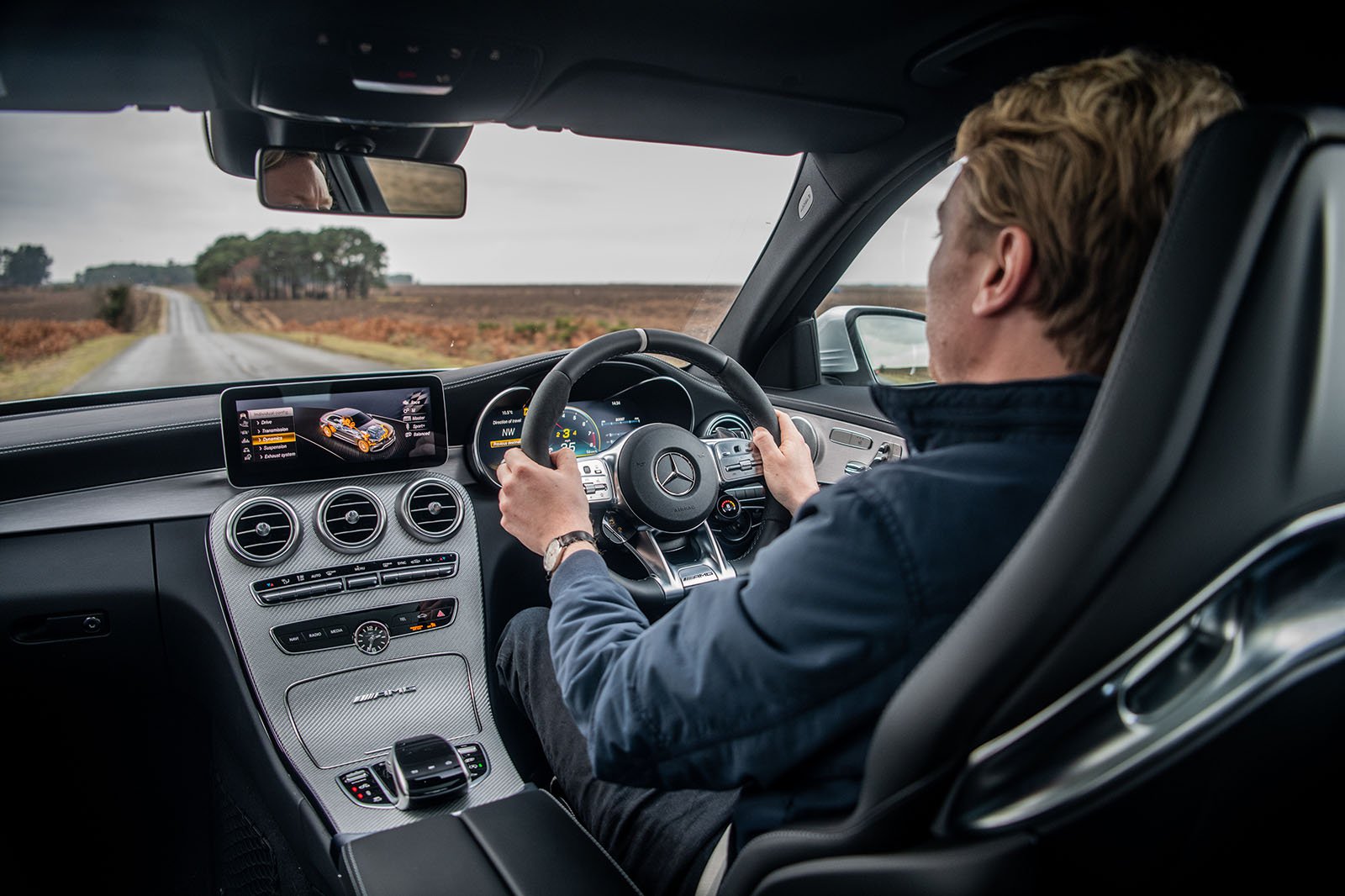 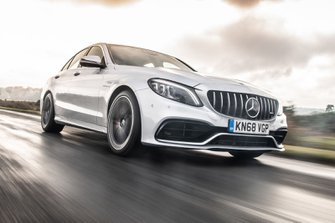