As well as having the performance to show purebred sports cars like the Alpine A110 and Porsche Cayman a clean pair of heels, the M4 is in another league when it comes to practicality. Compared with the standard BMW 4 Series, the only difference is its wider sports front seats. As we mentioned earlier, our test car came with the optional M carbon bucket seats and these give the driver and passenger more lateral support, yet still offer ample head and leg room for six-footers.

Getting into the rear seats involves squeezing through a relatively narrow gap, but that’s the same in all three-door coupés (if you want rear doors, take a look at our separate BMW M3 review). When you’re in, though, you’ll find there’s actually more head and leg room than you get in an Audi RS5 or Mercedes-AMG C63, but those over six feet tall will still need to cower slightly or put up with their head resting on the ceiling.

As for the boot, it’s comparable in size to the RS5’s and quite a bit bigger than the C63’s. It benefits from being a relatively simple square shape allowing us to fit seven bags in the boot, compared with six in the C63. It’s just a shame that you can’t drop the rear seats if you want to carry a longer load like you can with the Mercedes 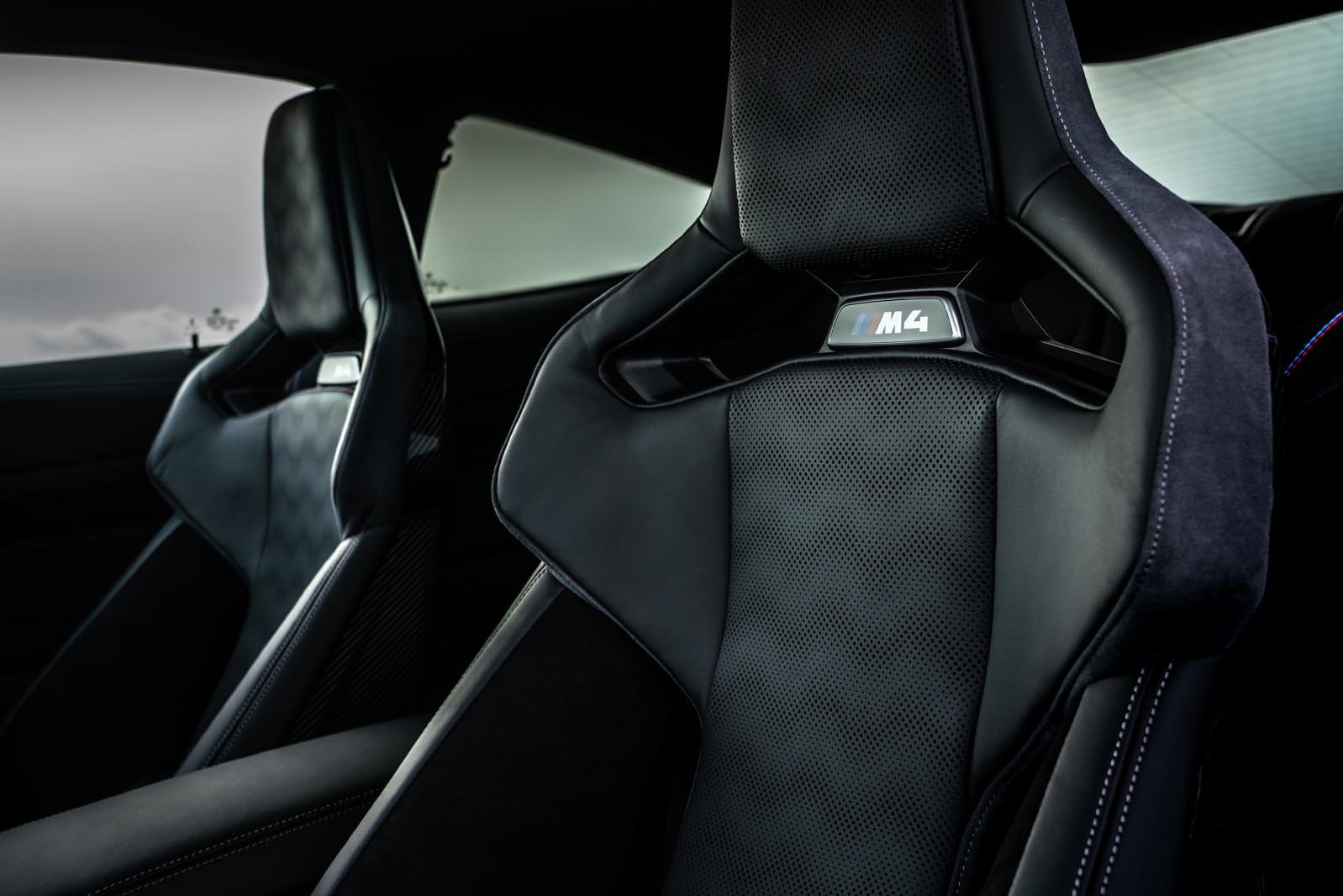