The CLA 220d is powered by a 2.0-litre diesel engine that’s also found in the C-Class and E-Class saloons, and is a big step forward from the clattery 2.1-litre unit in the previous-generation CLA. It has more than enough power; it takes only a relatively gentle squeeze of the accelerator pedal to get the 220d to pick up significant speed,Yes, you’ll feel a few vibrations through the seat, steering wheel and pedals at idle, but these all-but disappear as soon as you start moving. What’s more, any gruffness remains muted even under hard acceleration, and engine noise is virtually non-existent at a cruise.

Switching to petrol, the CLA 250 is pretty rapid; its 6.3sec 0-62mph time will comfortably see off the similarly priced Audi A5 Sportback 40 TFSI (it covers the same sprint in 7.2sec). As a bonus, the 250 is a smoother and quieter choice than the diesel-powered 220d.

That same 1.3-litre petrol engine also shows up in the plug-in hybrid CLA 250e, where it’s paired with an electric motor that offers a boost in performance making it almost as quick as the CLA 250. As well as offering impressive pace, this plug-in CLA can officially travel for up to 44 miles on pure electric power alone. That’s a lot farther than the 33-mile Volkswagen Arteon plug-in hybrid will take you, while the A5 Sportback doesn’t offer a plug-in hybrid variant at all.

The petrol cars are fitted with Mercedes’ seven-speed dual-clutch automatic gearbox, while the diesels and the plug-in get an eight-speed auto. Both ’boxes hold onto gears for an unnecessarily long time when in Sport mode, but switch back to Normal and shifts are impressively smooth, especially with the eight-speeder.

In town, the CLA feels smaller and more nimble than rivals, and if you break out in search of the countryside and back roads, it’s perfectly capable up to about eight-tenths pace. Just bear in mind that beyond that its steering doesn’t provide a huge amount of feedback and it will run out of grip before the A5 or Arteon. 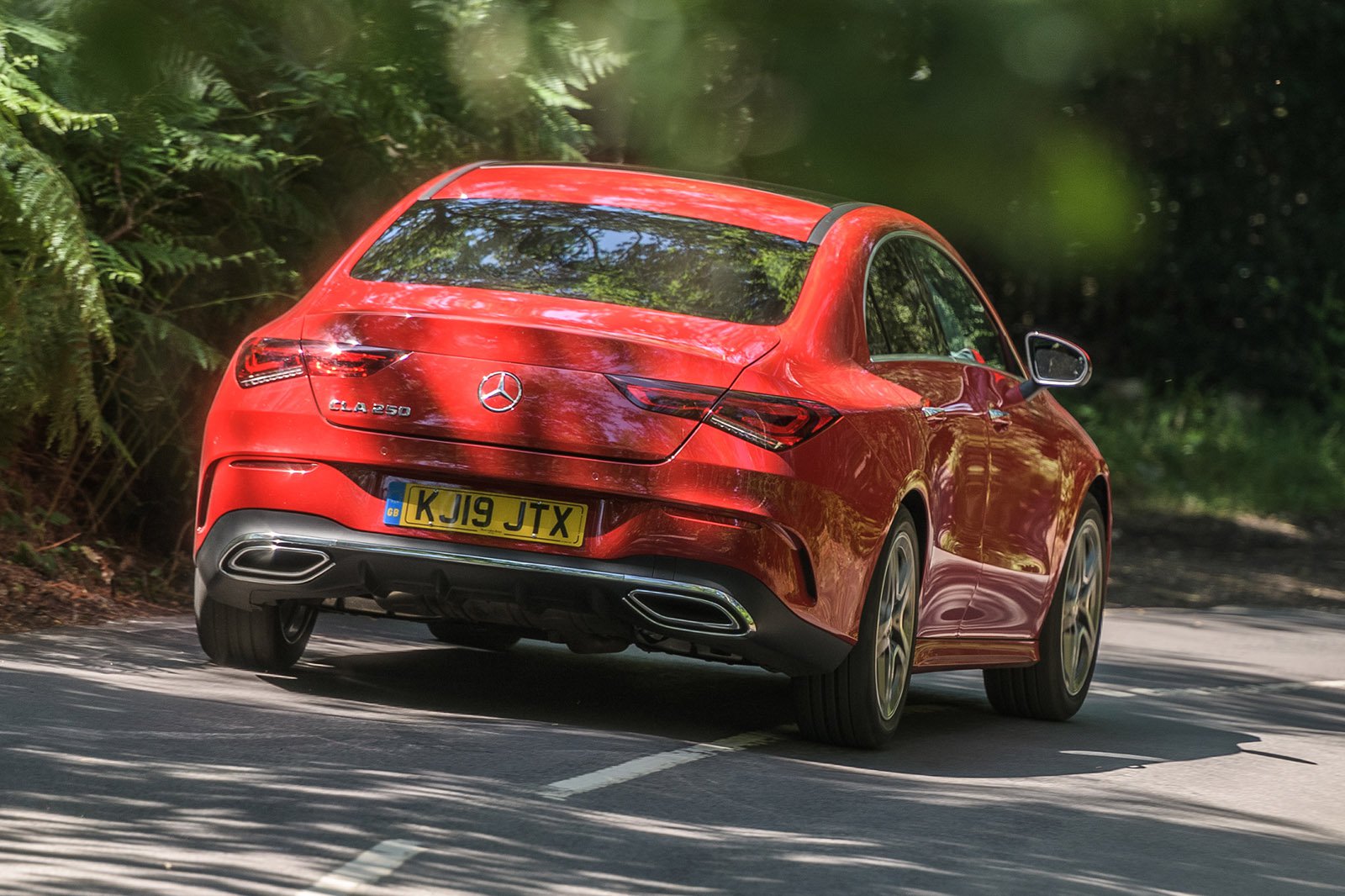