* 1.1 billion of credit in September * 1.2 million cars sold on credit in past 12 month * Increase in buyers choosing to lease... 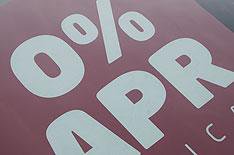 Car finance had a bumper September, with dealers selling more than 1.1 billion worth of credit to car buyers.

Around 150,000 people bought a new or used car using finance from their dealer, according to the Finance & Leasing Association (FLA). It also revealed that 1.2 million cars have been bought using finance in the past 12 months.

Car leasing has grown particularly in recent months: 68% more people chose to lease a car in the third quarter of 2011 than in the same period last year.

Hire purchase sales were up by 11%, while personal contract purchase currently the most popular finance product was used by 9% more buyers.

According to Paul Harrison, head of motor finance at the FLA, the figures show the importance of finance to car buyers in an uncertain economy.

'Dealer finance has bucked the downwards trend of some other lending markets, in part because of the wide range of products available to consumers,' he said.

'In considering further changes to credit regulation, the Government must be careful to avoid inadvertent damage to the competitiveness of one of our most important lending sectors.'

What Car? has thousands of leasing deals on new cars in our leasing section