More for you |
DVLA warns of 20% increase in car scamsWhat Car?'s top 10 used electric cars (and the one to avoid)10 most unreliable SUVsWhat Car?'s best cars for less than £250 per monthGuaranteed discounts on our 2020 Award winners - save up to £19,366
Home
News
2014 Nissan London taxi revealed
news 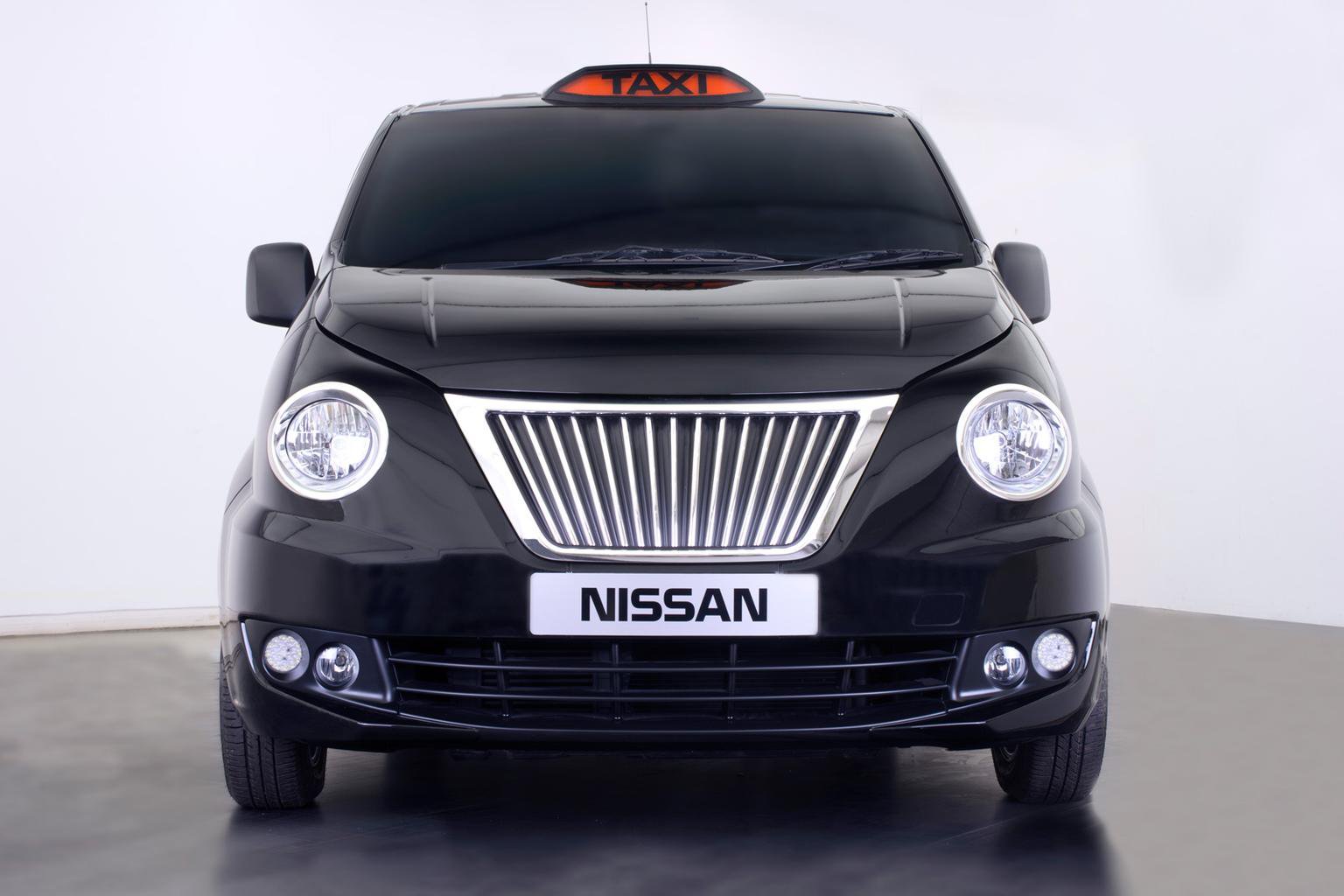 This is the redesigned face of Nissan’s NV200-based Hackney Carriage, a car which the company hopes will prove a genuine rival for the iconic TX4 black cab.

Nissan’s take on the London taxi was first shown in August 2012. Even then, the NV200-based car already met the requirements of Transport for London’s Hackney Carriage regulations, including a modified chassis to provide a turning circle of less than 7.62 metres.

However, Nissan has used the last year to listen to feedback from bodies including the London Mayor’s office, Transport for London and the Licensed Taxi Drivers Association. The result is a redesigned front end that transforms Nissan’s van into something more recognisable as a London black cab.

Large, round headlights and a wide, slatted chrome grille replace the familiar face of the NV200. The front bumpers are also now unique to the taxi version. On the roof, LED lighting has been added to improve visibility of the orange taxi sign.

The face-lifted Nissan taxi uses a different engine to the car we saw a year ago. Rather than the 1.5-litre diesel found in the standard NV200, the black cab will go on sale in late 2014 fitted with a 1.6 petrol and CVT automatic gearbox. This setup manages around 45mpg with sub-150g/km CO2 emissions in the Nissan Juke, although it's likely to be nearer 35mpg and 180g/km CO2 in the heavier NV200 taxi.

There are around 22,000 black cabs in London, and around 11% of the market is replaced with new vehicles every year. Nissan is hoping to steal sales from the ageing TX4 here, which uses a less efficient 2.5-litre diesel engine - the automatic version averages just 33.6mpg with CO2 emissions of 222g/km.

The most basic TX4 with a manual gearbox costs from £32,995, and Nissan sources have already suggested that their automatic car’s starting price will undercut this by around £1000.

Nissan has also confirmed that it aims to have an electric version of its London taxi - based on the e-NV200 van that has already been trialled in the capital - on the roads within the next few years. The e-NV200 shares its battery tech with the Nissan Leaf, so taxi drivers will be able to replenish up to 80% charge within 30 minutes using a DC fast charger.

The standard version of Nissan’s London taxi is scheduled to go on sale in December 2014, and will be sold via a dedicated dealer in Canary Wharf.