This range-topping Mondeo gets plush trim and a VIP aftersales service, but it's not enough to make it worth paying the premium... 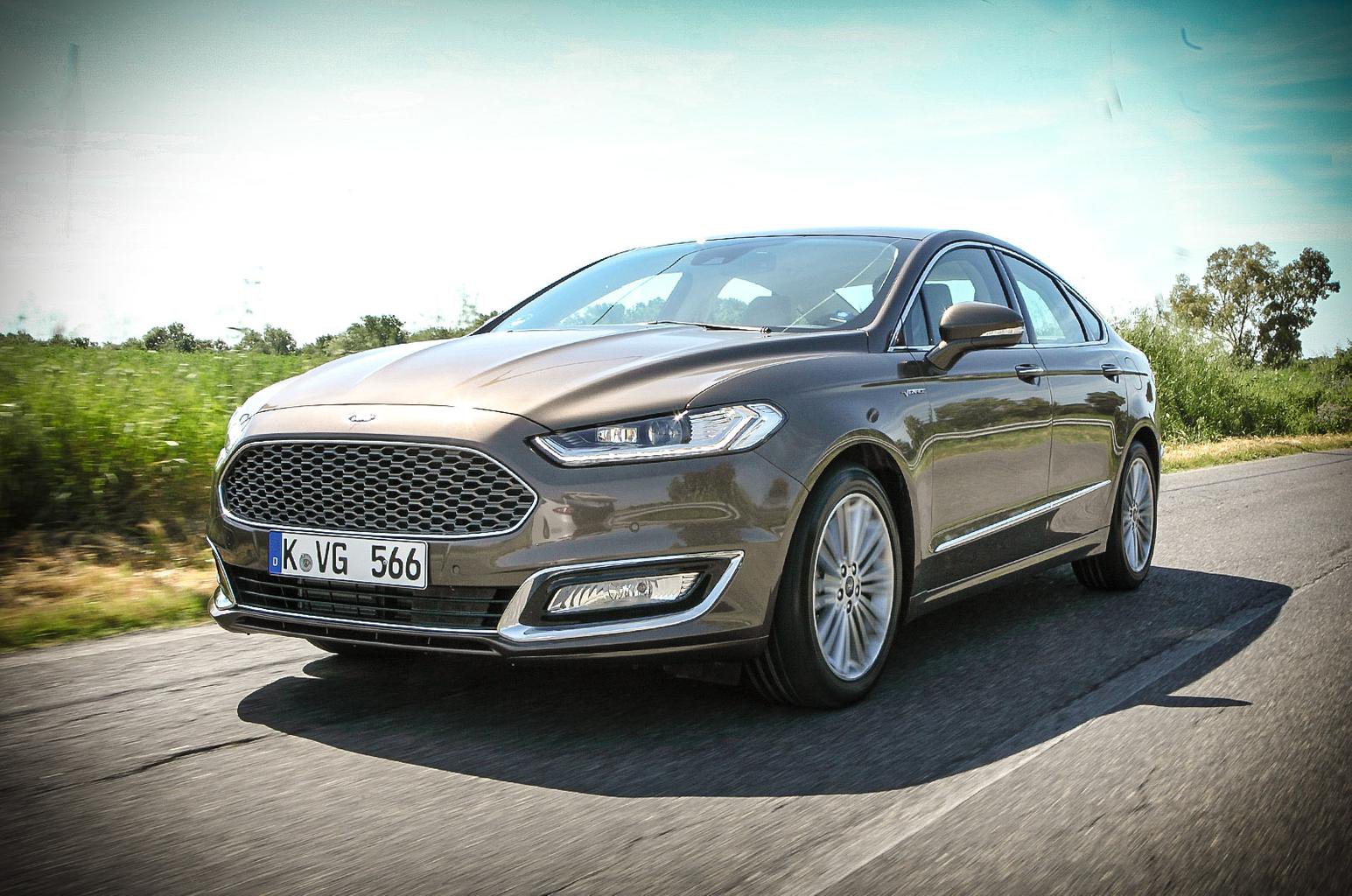 On top of this, Ford is offering a raft of aftersales benefits to the Vignale models (which will be transferrable to future owners), including a 24-hour helpline, a dedicated customer relations contact, special Vignale lounges in many Ford dealerships and a delivery and collection service when your car needs to go into the garage.

Unlike the standard Mondeo models, which get a convenient hatchback boot, the Vignale is only available as a four-door saloon or as an estate. Engines on offer include 2.0-litre diesel, which is available with 177 or 207bhp outputs, and a 2.0-litre turbocharged petrol, the latter two of which are only available with front-wheel drive and a six-speed automatic.

The big-selling 177bhp version can be had with a manual or dual-clutch automatic gearbox, each with six speeds, and is also offered as an automatic four-wheel drive, while a 2.0-litre petrol-electric hybrid is the emissions hero of the range, but only by a small margin at 99g/km.

All these engines either are, or soon will be, offered in the standard Mondeo models, at which point we must come to the crunch point of the Vignale – the price. At around £4500 more than an equivalent Ford Mondeo Titanium (itself a well-equipped car with sat-nav, chrome-tipped exhausts and plenty of luxuries), the Vignale must feel like more than just a trim level to justify its price.

There are no mechanical changes to the Vignale, so predictably it drives just like other Mondeos. However, this is the first time we’ve driven a four-wheel-drive Mondeo, and it doesn’t disappoint. Power goes to the front wheels alone unless any slip is detected, when all or any portion of the drive can be diverted to the rear wheels if necessary.

The steering remains predictable and well-weighted, if overly keen to self-centre, and it delivers precise, enjoyable responses in any sort of driving conditions. It should certainly deliver the all-weather peace of mind that many buyers want, and at a reasonable £1500 premium.

As in other Mondeos, the 2.0 TDCi 180 engine delivers a good kick of acceleration when you want it, and the six-speed dual-clutch automatic gearbox offers smooth changes and makes the most of the engine’s broad power band.

The same can’t be said of the hybrid, which has a CVT automatic gearbox that allows the 2.0-litre petrol engine to over-rev noisily under even moderate acceleration while delivering little actual gain in pace, so it can feel quite laboured at times.

Ride comfort is also affected by the Hybrid’s weight. Poor town roads can make it feel a bit choppy, where the Vignale 2.0 TDCi on standard 18in wheels soaks up bumps, creases and undulations without fluster.

Refinement is seriously good in the diesel Vignale. The standard noise cancelling system (which works through the speakers) keeps wind, road and engine noise to an absolute minimum, so the Vignale is up there with the likes of the Audi A6 Ultra for refinement.

Of course, the hybrid is near silent when driving in the electric mode, but that will last for a few miles only, so much of the time you'll be listening to the coarse-sounding petrol engine. Brake pedal response isn’t as easy to modulate as in the diesels, either, making smooth stops a bit trickier.

The real leather upholstery is of a good quality and covers much of the door panels and other key surfaces in the cabin as well as the seats, which are really comfortable and supportive. This and the gloss black and metal-look inserts all give a high-end appearance. But details such as the sharp-edged plastic door bins, some cheap-feeling switchgear and wobbly air vents are giveaways to the Vignale’s more budget roots, and the occasionally irritating sat-nav and infotainment system falls way short of the simple, high-class interfaces you get in an Audi and BMW.

However, details like the sharp-edged plastic door bins, some cheap-feeling switchgear and wobbly air vents are giveaways to the Vignale’s more budget roots.

At least the saloon body hasn’t overly affected the decent rear passenger space, and you can still fold the seats down in a 60/40 split. Of course, you have nowhere near the convenience of cheaper hatchback Mondeo models, as the boot opening is quite narrow and has a higher load lip, making the loading of bulky items much harder.

Still, the boot and rear passenger space will be more than adequate for most typical Vignale buyers, and many of the Mondeo's rivals are saloons with the same limitations, including the Volswagen Passat, Jaguar XE and BMW 3 Series.

Not really, no. Most buyers will be company car users, and at £233 for the 2.0 TDCi 180 AWD Powershift diesel we drove, it’s around £35 per month more expensive than the Titanium version. Seems a reasonable leap, but that pushes it into the same price territory as a well-equipped BMW 520d auto, and the Vignale just isn’t as good.

It's better equipped and has tempting customer perks, yes, but it’s not quite as good to drive, the cabin doesn’t feel as upmarket, the infotainment system is nowhere near as good and the BMW has a better engine and gearbox.

The argument for retail customers is less persuasive. Resale values are quite likely to be disastrous, and when you can get the same car with a less sumptuous finish and a more practical hatchback body in the Titanium for so much less, the Vignale seems like a non-starter.

There are just so many better ways to spend your money. The standard Ford Mondeo and VW Passat are both excellent and vastly cheaper. Or, spend Vignale money but go for one of the established premium executives – look to the Jag XE 2.0 i4 or BMW 520d – that will hold their value and deliver the genuine premium experience.