Renault reveals the new Kadjar - an SUV that shares many parts with the Nissan Qashqai with prices starting from £17,995... 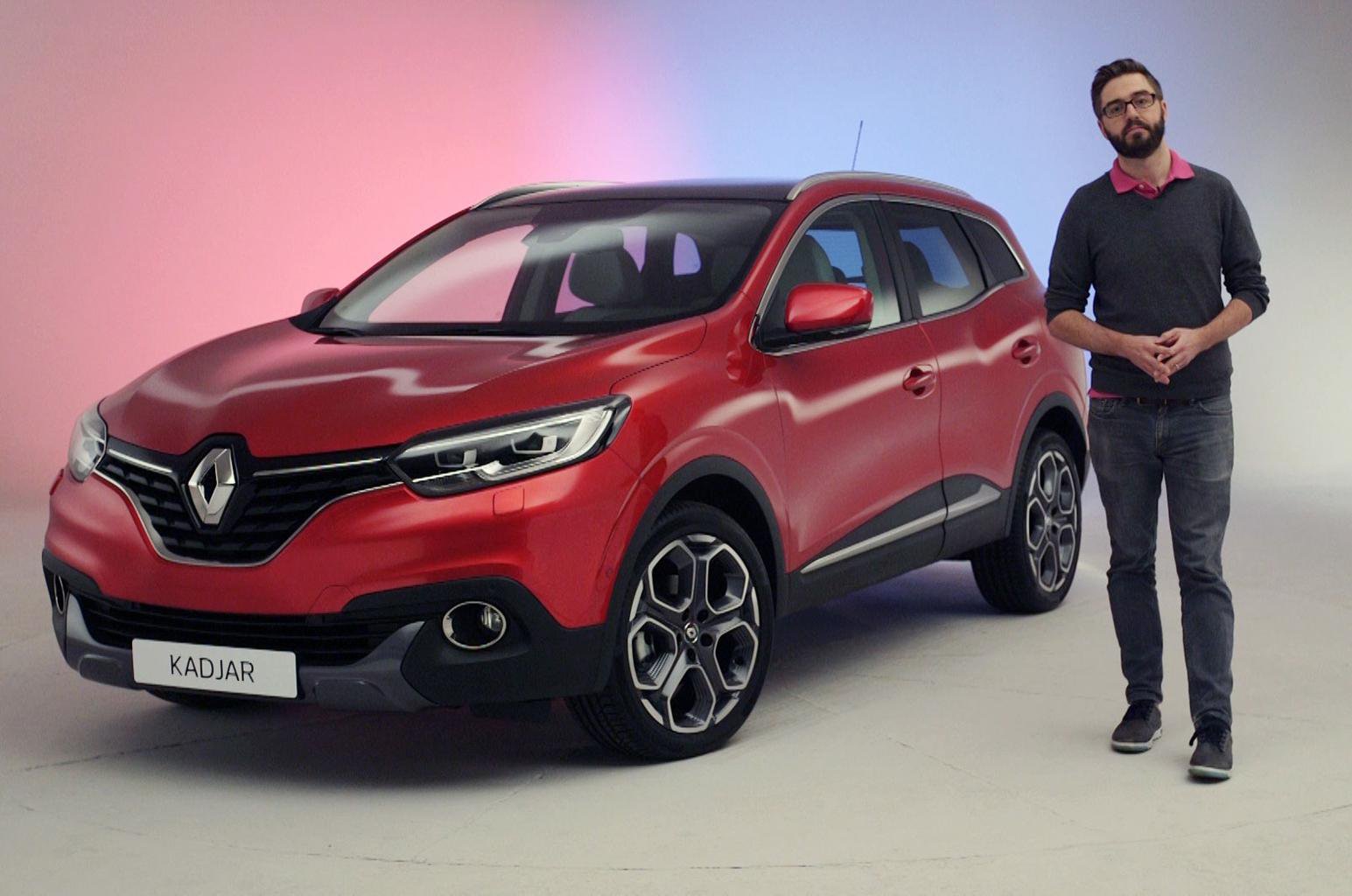 The Renault Kadjar is the company's late entrant to the small SUV market, and aims to take on the likes of the Nissan Qashqai and Mazda CX-5.

The Renault Kadjar shares many components with the Nissan Qashqai thanks to the Renault-Nissan Alliance, and is looking to offer something similar to the popular Qashqai.

The Kadjar was formally revealed to the public at the Geneva motor show in March, before it goes on sale in Europe in the autumn. Everything visible is different to the Nissan Qashqai, but the underpinnings are the same.

The boot will also come with several practical touches, such as handles to drop the rear seats on a 60/40 split, a system that allows the compartment to be split into two or three different sections and an adjustable boot floor.

The front passenger seat can also be dropped to create a small table, or to load longer items. Renault also says there are 30 litres of storage around the cabin.

The 108bhp 1.5-litre diesel is the most economical model offered, with emissions of 99g/km and fuel economy of 74.3mpg. Final performance figures are not yet confirmed, but it is expected to offer much the same levels as the Qashqai, with 0-62mph coming in 11.9sec.

The 128bhp 1.6-litre is set to make it from 0-62mph in 9.9sec and emits 115g/km and averages 64mpg. Performance and economy figures are set to be largely similar for both automatic and manual versions.

Renault is also open to the idea of a hot version of the Kadjar - even if a full-blown Renaultsport edition is not on the cards just yet.

Project director André Abboud is open to the idea of a more extreme variant. "I believe that there is room for a sporty edition," he said, "and crossovers are good candidates for this type of edition. We know that customers are looking for emotion and this could mean a more sporty version of the crossover. It's not in the scope at the moment - but we have a six- or seven-year product cycle ahead of us."

Despite the Kadjar being a predominately an on-road car, it is also designed to cope with some off-roading, as it will be offered with a choice of 4x2 and 4x4 drive. The two-wheel-drive models will come with an Extended Grip system which claims to enhance grip on low-traction surfaces. The all-wheel-drive system has three modes - Auto, Lock and 2WD.

It also comes with a 190mm-high ground clearance, and approach and departure angles of 18 and 25 degrees respectively. It also comes with front and rear skid plates and a stainless steel boot-sill guard for added protection.

There are discounts available on most of Renault's models, and the launch of a car in a new segment is not likely to change this. Even there are not savings immediately, expect deals to start appearing and our Target Price to come down over time.

Things bode well for the Kadjar, as the stand-out model in this class is the Nissan Qashqai, with which it shares a lot of its parts - the Qashqai picked up our 2014 Car of the Year Award, as well as best small SUV for 2014 and 2015.

The Mazda CX-5 is also a very strong alternative, having earned a five-star rating, while the Honda CR-V is not far behind, meaning the Kadjar will have to be very good to go to the top of a good class.