The new Skoda Superb has impressed so far - but what's it like with its most powerful diesel engine and an automatic gearbox?... 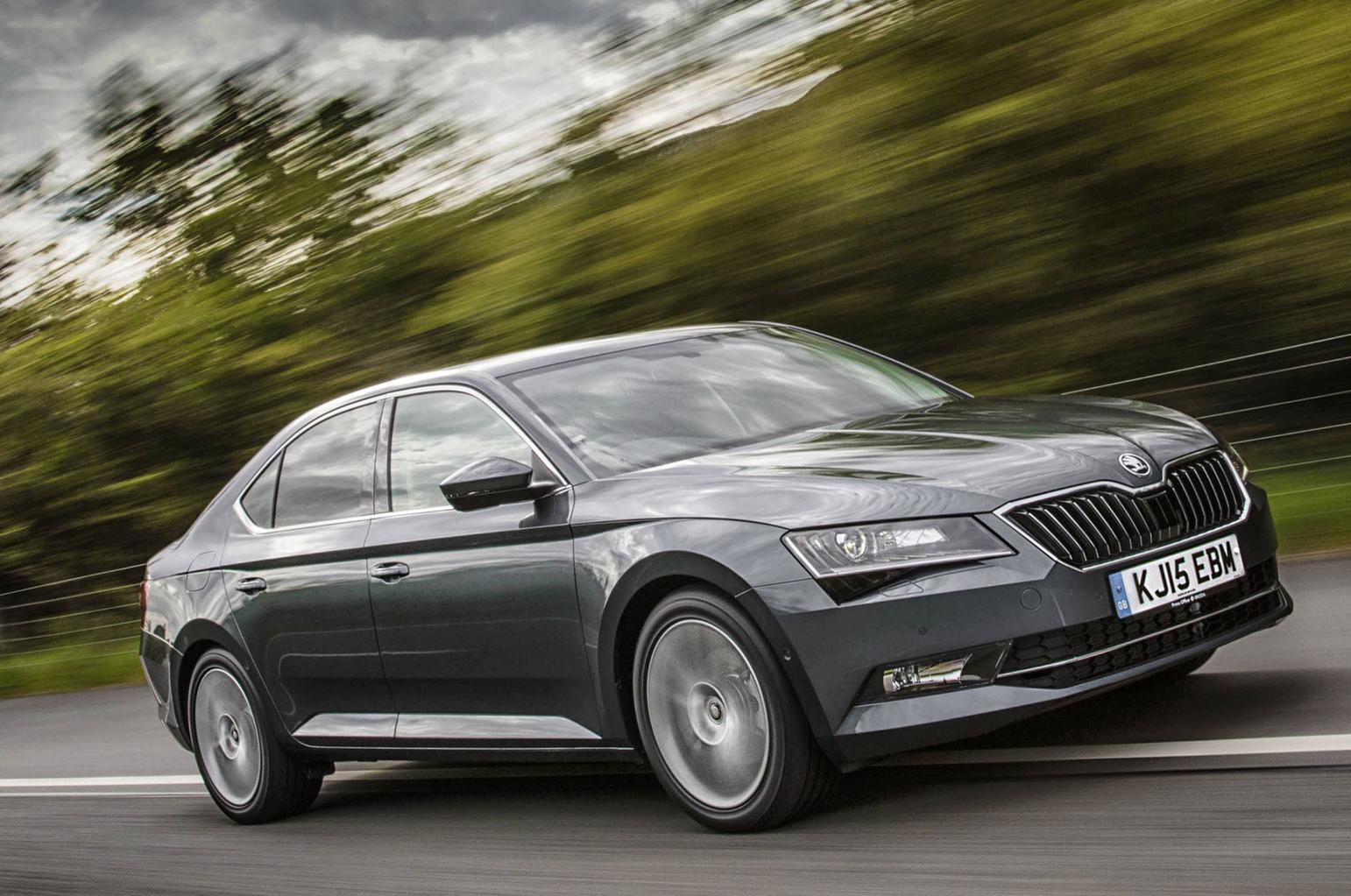 The Skoda Superb has already picked up a number of five-star reviews from our test team, thanks to its combination of a huge, practical cabin, excellent fit and finish, comfortable suspension and refined engines. The Superb is also very well priced, which makes it look a bargain compared with the likes of the VW Passat and even the Ford Mondeo.

We’re going further up the range here, though, to sample the 190PS (187bhp) version of the 2.0-litre diesel Superb, equipped with Skoda’s DSG six-speed dual-clutch automatic gearbox. In theory it should have more than enough power and performance to impress, but it also brings a heftier price tag.

There’s no shortage of punch from the 2.0-litre diesel in this, the most powerful of its iterations. With 187bhp on tap, and 295lb ft of torque, the Superb is genuinely quite brisk when you want it to be. Skoda claims it’ll dip under eight seconds for the 0-62mph dash and that certainly feels plausible.

The six-speed DSG gearbox is quick to shift once you’re up and running, but it can be slow-witted when you want to make a quick getaway and a bit cumbersome when you’re doing low-speed manoeuvres. It’s not as sweet overall as the six-speed manual - so we’d only spend the extra cash if you really can’t live with a third pedal.

There is still an unmistakable diesel rasp from the engine when it’s being worked really hard, but in general you’re pretty well insulated from the worst rumbles and rattles. At a cruise, the Superb is a refined companion, with little road or wind noise to really bother you.

Our test car was fitted with the optional Dynamic Chassis Control, which alters the dampers depending on which of its modes you’ve selected. Stick it into Comfort and there’s no doubt that it’s a little bit more wafty than normal - albeit with a trade-off in body lean through the corners.

DCC is a pleasing extra rather than a must-have, though; we’ve tried a Superb on conventional suspension and while it is slightly less composed, it’s still well judged for UK roads.

The biggest problem you’re likely to have in the Superb’s cabin is rear passengers asking you to speak up when you’re talking from the front seats - not because of engine or road noise, but because of the sheer distances involved; the Superb has a very well packaged cabin, with acres of room for five adults to stretch out in comfort. We mean that, too; six-footers will have no difficulty sitting behind other six-footers.

You could be forgiven for thinking that the Superb has sacrificed boot capacity to boost that rear accommodation, but in fact the load space is the best in the class - ranging from 595 litres with the seats in place to at least 1700 with them folded down. In practical terms that’s enough for a family’s luggage - or a couple of large baby buggies - with plenty of other space around in which to squeeze other items.

Up front, the Superb’s dashboard is nicely finished, with quality materials that look every bit as premium as those you’ll find in the VW Passat. The dashboard is dominated by the large, central touchscreen, which houses an infotainment system that’s quick to respond.

The seats are broad and comfortable; perhaps they could offer a little more lateral support, but you’ll need to be pushing harder than the Superb is really tuned for before you’ll find yourself sliding around too much.

The SE L Executive trim that accompanies the 2.0 TDI 190 DSG brings plenty of standard equipment, including dual-zone climate control, leather upholstery and heated front seats, rear parking sensors and a multi-function steering wheel that can control elements of the infotainment system or scroll through the trip display between the rev counter and speedometer.

First, you need to think carefully about what you’re paying for. This version of the 2.0-litre TDI Superb is available only at the very sharp end of the range - SE L Executive and up, basically - so before you add a single option you’re looking at around £28,000. The options on our test car - Dynamic Chassis Control, the SmartGate infotainment system, metallic paint and heated front and rear seats, plus a few other odds and sods - took that figure north of £31k.

Now, in isolation, that still isn’t a ludicrous amount of money for such a large, practical, comfortable, refined and well-equipped hatchback. The Superb is a strong enough proposition now to sit more comfortably at this price than any Skoda before it.

But at the same time there’s no denying that the less expensive Superbs aren’t necessarily any less of a vehicle. So while it’s still easy to recommend a 2.0 TDI 190, it’s easier still to suggest you look further down the range - to something like the 2.0 TDI 150 SE Business DSG, which has more than enough kit, the same cavernous cabin and smart finish, yet costs several thousand pounds less.