Everything you need to know about the new Vauxhall Insignia Grand Sport, including how much it will cost, how practical it is and what it's like to drive...

After years of building some, frankly, rather ordinary cars, Vauxhall suddenly seems to be on something of a roll. The latest Astra is one of our favourite small family cars and the recently revised Zafira Tourer a thoroughly recommendable MPV.

So, while the current Vauxhall Insignia is outclassed by the likes of the Skoda Superb and Ford Mondeo, this new one could potentially be well worth considering.

Rebranded as the Vauxhall Insignia Grand Sport, it will be priced from £17,115 for the 1.5-litre turbo petrol model, making the entry-level model almost £1500 cheaper than the car it replaces. 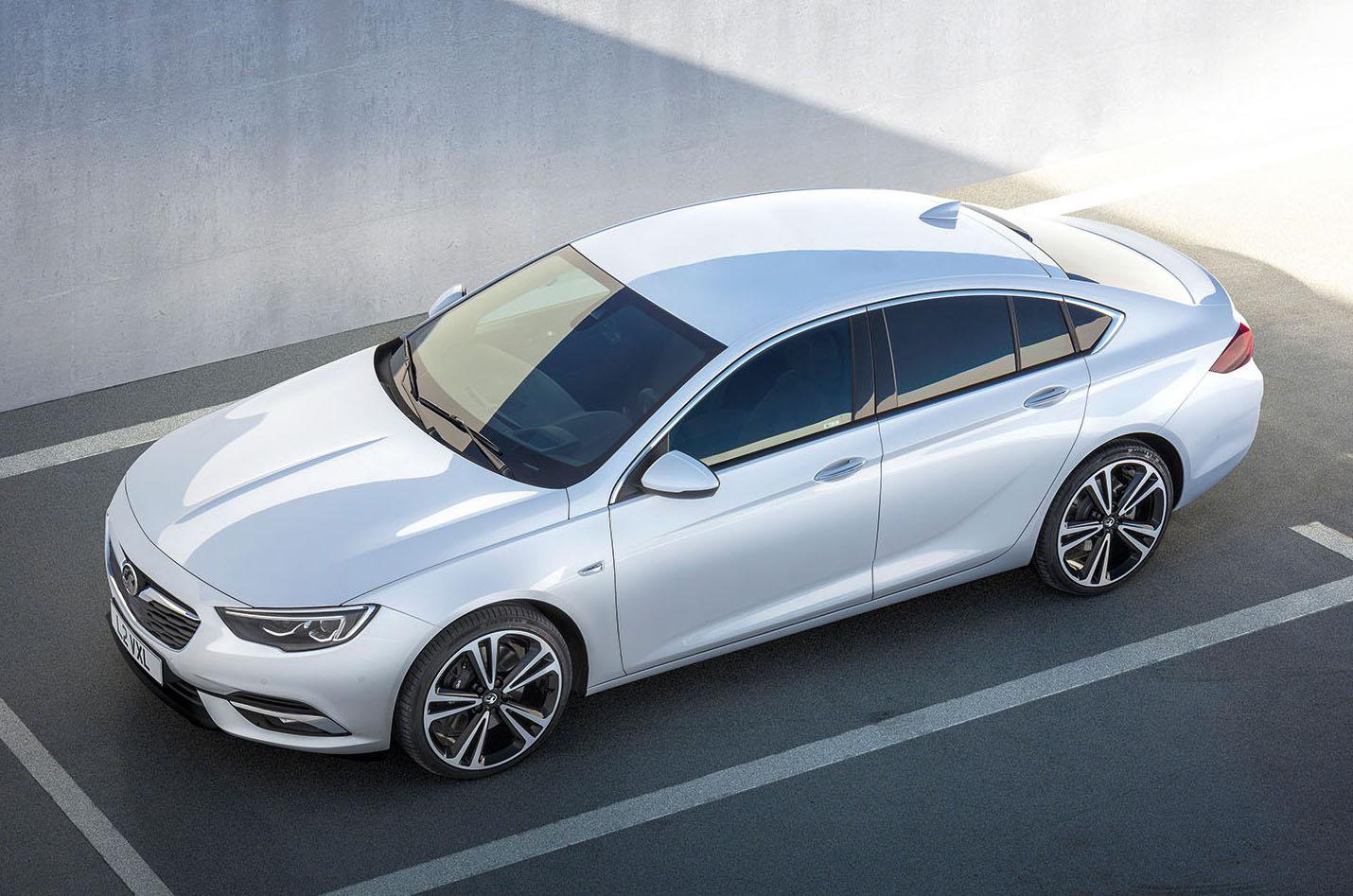 The Insignia Grand Sport has a sleek new look and is 55mm longer than the car it replaces. But perhaps more significantly, there’s 92mm of extra space between the front and rear wheels, which means more room for those inside.

Despite those bulkier dimensions, Vauxhall claims the new Insignia Grand Sport weighs around 10% less than its predecessor due to the use of lightweight materials. This in turn should help it drink less fuel and pump out less CO2, although we won’t know how much less until closer to the car going on sale next summer.

What we do know is that the cheapest engine is a new 163bhp 1.5-litre turbo petrol, while at the top of the range sits a 247bhp 2.0-litre turbo petrol model which gets four-wheel drive and an eight-speed automatic gearbox as standard.

We've spent time in a prototype version of the car, and while the dashboard was draped in black cloth to hide it from prying paparazzi, the official pictures that Vauxhall has since released suggest a smart, modern design. 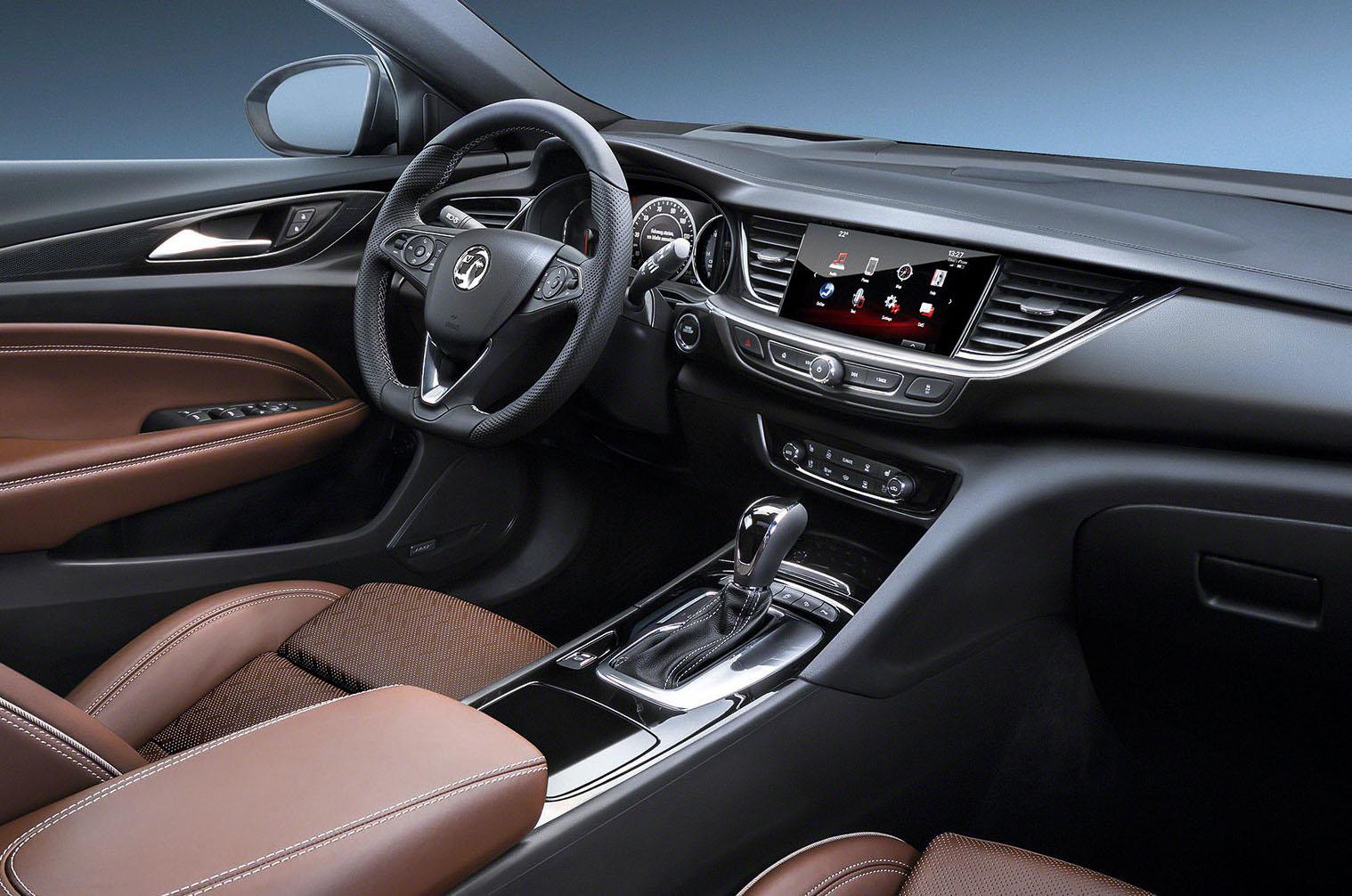 In addition, there was enough on show during our time with the prototype for us to see that the layout has taken a huge leap forward over the current model. The air-con controls are much easier on the eye and simpler to operate, while the touchscreen infotainment system – very similar to one in the latest Astra – is higher-resolution and altogether more intuitive.

The driving position is also streets ahead of the current Insignia’s – particularly crucial given the number of high-mileage fleet drivers who are likely to find themselves behind the wheel. The steering wheel itself has a good range of adjustment and the pedals line up nicely with the driver’s seat, which is now mounted much lower in the car. In the current Insignia you almost feel as though you’re sitting on a cushion.

Practicality isn’t one of the current Insignia’s strongest suits, either. In fact, it’s more cramped in the back than the company’s smaller Astra, and this is an area Vauxhall acknowledged it needed to improve. It has done so; there’s now almost as much knee room as in the rival Skoda Superb. Head room isn’t quite as impressive, but you’ll have to be more than six feet tall to notice your hair brushing the roof lining.

We weren’t given access to the boot, but Vauxhall says the amount of space inside is 'at least on a par with outgoing model'. That would seem to suggest the load bay isn’t as cavernous as a Superb’s.

What technology will be available on the 2017 Vauxhall Insignia Grand Sport?

The headlights of the new Insignia Grand Sport might look sharp, but they're also clever, with 32 LED segments – twice as many as in the Astra's – that allow them to offer a wider variety of light patterns and adapt to the prevailing traffic situation more precisely.

What's more, to aid visibility when driving through bends on full high beam, the intensity of the inner segments increases with the steering angle in order to improve the illumination of the bend. 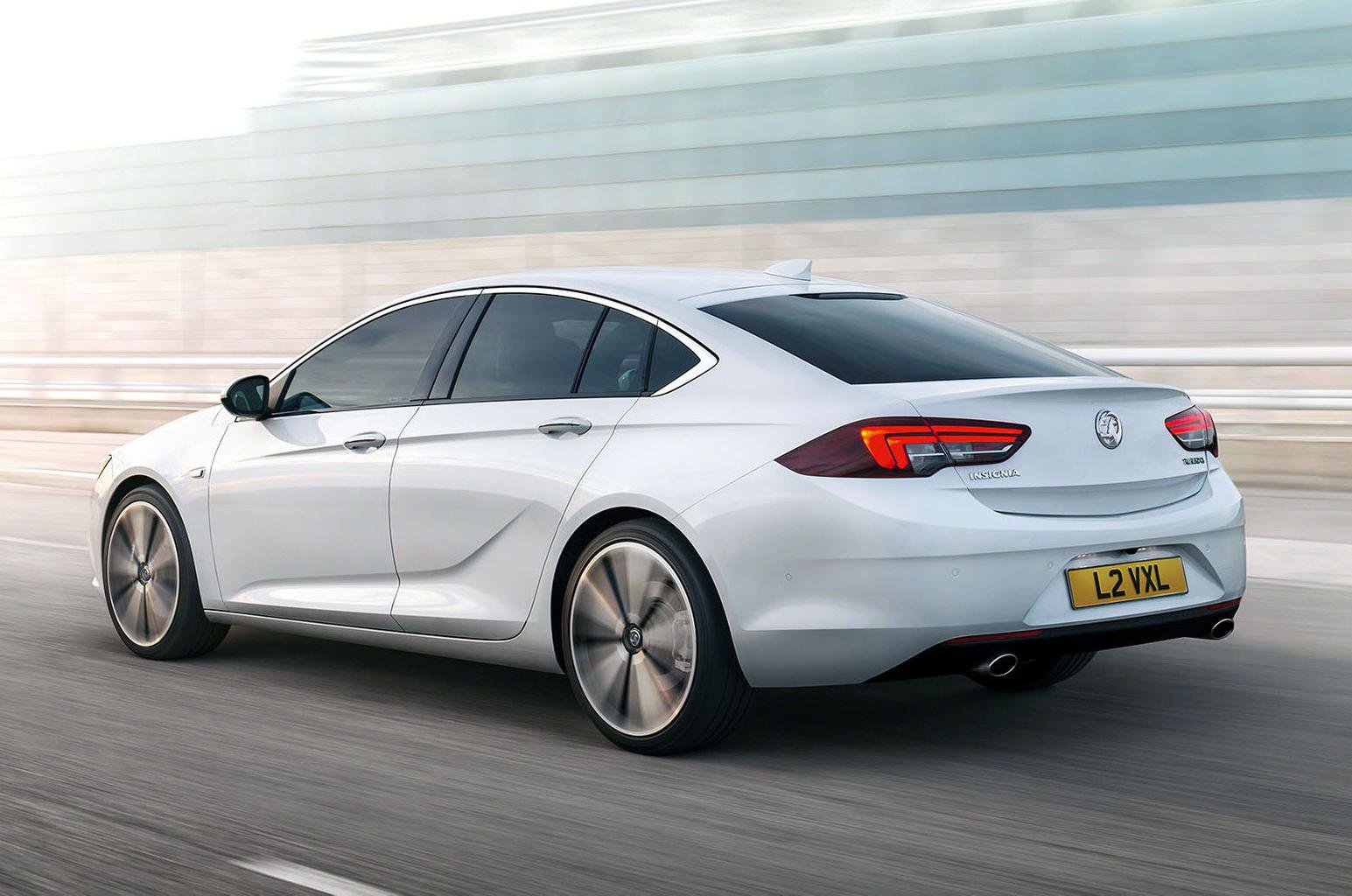 Additional driver assistance systems that will be available include adaptive cruise control to keep you a safe distance from the car in front, and a head-up display that projects your speed, sat-nav instructions and road signs onto the windscreen.

Meanwhile, cross traffic alert uses radar sensors in the rear bumper to detect objects about to pass behind from up to 20 metres at 90 degrees from the left or right side of the car – useful when reversing out of a parking space.

As for comfort and convenience, heated rear seats are available, and all three trims get keyless entry and start as standard. Plus, Apple CarPlay and Android Auto let you control your phone's apps on the move, up to seven devices can be connected to the Wi-Fi, and Vauxhall's OnStar concierge service offers everything from hotel booking to automatic crash response.

What's the 2017 Vauxhall Insignia Grand Sport like to drive? >