More for you |
How to spec a Peugeot 5008Can I get scrappage and Target Price discounts?Most and least reliable family SUVsThe most reliable family cars on sale - and the least2020 Toyota Hilux revealed: price, specs and release date
Home
News
28th-22nd
news 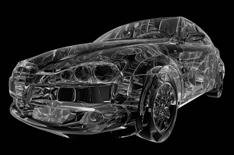 Vauxhall had a lacklustre result last year, and has failed to improve this time round. Its overall RI score is just above average, helped by the Agila (00-08), which finishes second in the supermini category. Curiously, the newer Zafira (05-) isnt proving as durable as the older version, with a drastically worse RI. The worst model is the Signum, with a failure rate of 59%.

The number of Seat breakdowns rises this year. The companys most-reliable car, the Leon (00-05), is generally dependable, but its RI score of 61 is still only good enough to put it 20th in the small family car class. The oldest Seat in the survey, the Alhambra (96-11), is also the manufacturers worst model, with 44% of vehicles breaking down.

We had high hopes for Jaguar, whose reliability has steadily improved over the past few years but instead it has slumped to a new low. Jaguars smallest model, the X-type (01-09) finishes fifth overall in the compact executive category, yet with an RI of 99 it is still only average. The worst-performing Jaguar is the newest in the survey; the XJ (03-09) records an RI of 218, with more than 50% of vehicles needing some form of repairs.

Click the image below for a larger view of the table

Volvo finds itself in uncharted waters this year, after a big rise in the number of breakdowns. Its best model is the S40 (96-04), which is proving more reliable than its successor, with RIs of 16 and 44 respectively. However, neither is able to make it into the top 10 small family cars. On the upside, theres a relatively low percentage of engine and brake problems. Only one Volvo delivers a worse-than-average RI; the XC90 (02-) scores a poor 201 and a 44% failure rate.

The often-ridiculed Cityrover proves surprisingly reliable this year, but a closer look at the numbers reveals that its RI of 36 is due mainly to a low average repair cost of 166 and an average repair time of just 90 minutes. Rover suffers the lowest rate of suspension issues of any brand.

In focus...
Miles of wiring mean even the experts need plenty of time to find glitchesCrossed wires equal big bills
Electrics are the biggest single cause of complaint in this years survey, and its all down to sheer complexity.

Its best to think of todays cars as mobile computer networks, with dozens of different systems all exchanging data at the same time.

The engine talks to the gearbox and the fuel pump, while the brakes are relaying information to the electronic stability control and it, in turn, is measuring the cars speed and direction. Theres also a whole generation of gadgets, such as massaging seats, reversing cameras and heated steering wheels.

A luxury car can contain as much as 1.5 miles of wiring, but in an effort to improve efficiency, many of these systems do several jobs at once. They may even use the same piece of wire to exchange information, which is why its possible for data to become corrupt. The control units for the various systems can also fail, and are expensive to replace. With so many systems relying on them, finding the problem can take time and money.