More for you |
Most and least reliable family carsWhat to do if you put the wrong fuel in your carVolkswagen Passat GTE long-term test reviewNew issue of What Car? magazine on sale nowTrue MPG: most efficient SUVs
Home
News
3 ways the all-new Mazda3 could save you money
news

3 ways the all-new Mazda3 could save you money

If you thought an all-new Mazda3 was out of reach, think again..... 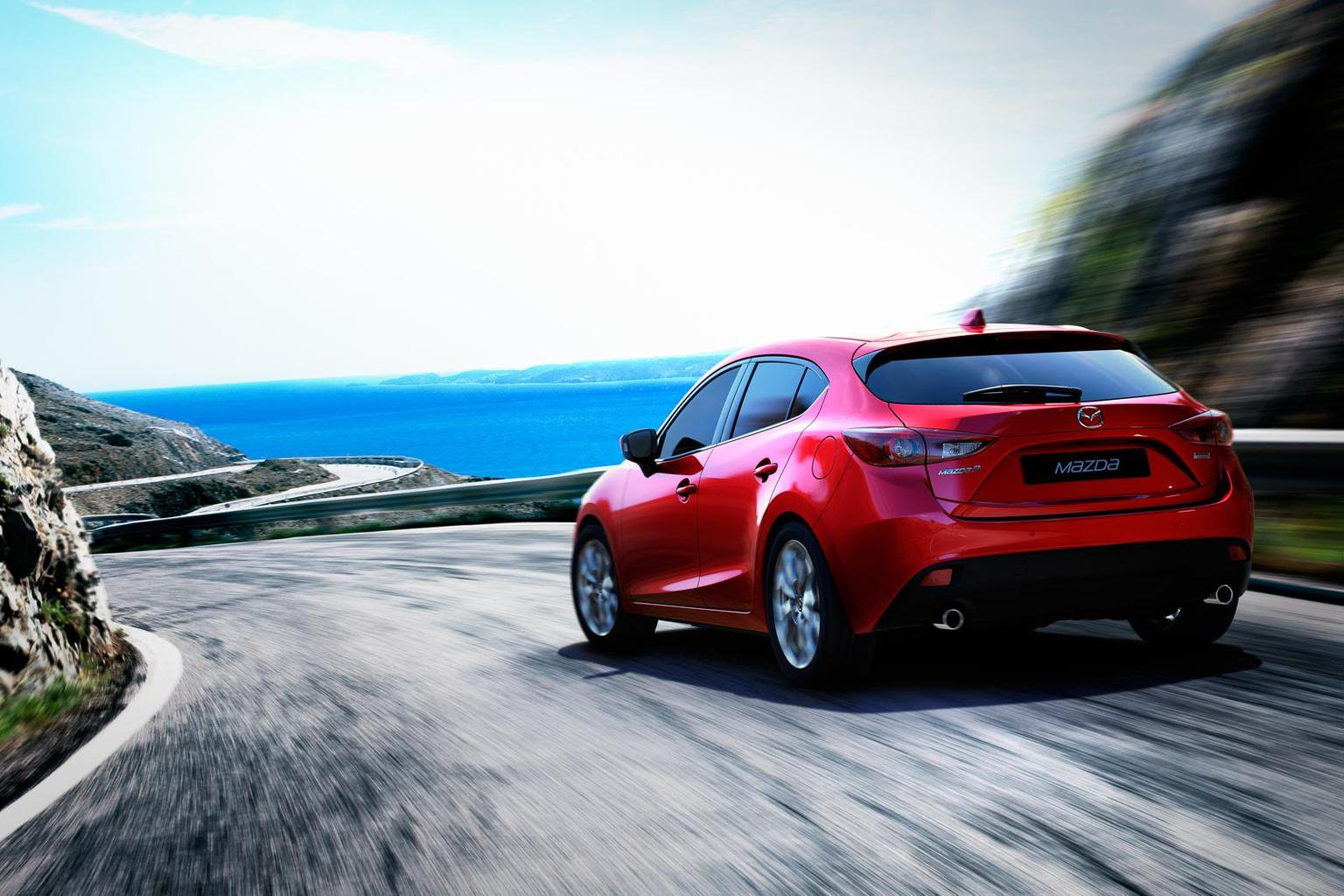 Buying a new car doesn’t have to mean stretching yourself financially. The all-new Mazda3 gives you three major ways to save money – and still get a brand-new car.

1) There’s a 0% APR^ Representative, zero-deposit offer
Sometimes, buying a car can be a lot like buying a house. There’s the deposit to consider for a start. The interest on the repayments. And if it’s a brand-new one, those figures could be further inflated.

Not so with the all-new Mazda3. It cuts through the red tape by offering you zero-deposit, 0% APR^ Representative on Mazda Personal Contract Purchase. It’s available at participating dealers on vehicles registered between October 1st and December 31st 2014, and you can pay the amount off over 24, 30, 36 or 42 months.

A new car isn’t an impulse purchase for most people, of course, but an offer like that brings it well within reach.

Because all the elements of the car have been created at the same time (rather than being patched together from existing designs), they work in harmony. That means the light, compact engine offers better fuel efficiency while also offering more low and mid-range torque. The figures speak for themselves: up to 68.9mpg* on the Hatchback model, and up to 72.4mpg** on the Fastback.

The engine is helped in its quest for efficiency by a body that’s had 100kg shaved off its weight, while i-ELOOP regenerative braking and i-stop systems help power the car’s electrical components and turn the engine off when idling, potentially saving you up to 10 per cent in fuel. And that could add up to quite a bit more money in your pocket over the course of a year.

3) Lower emissions
A more efficient engine means less pollution, too. But if you’re sitting in traffic – something that, unfortunately, even Mazda can’t help – then you're still using fuel when the engine's running. The all-new Mazda3 uses i-stop technology to place the engine on standby when you’re stationary in traffic, instantly restarting when you are ready to go. That means you could save even more money on your fuel bill, and the environment benefits from lower emissions.

But what about when you’re on the move? All cars rely on their engines to provide energy for their electrical components. The Mazda3 reduces this reliance with i-ELOOP - a regenerative braking system that recovers kinetic energy lost during deceleration, and stores it in a quick-charging capacitor. This energy is used to power the car’s electrical system. i-ELOOP is standard on all-new Mazda3 165ps Sport Nav models

What does that all mean? Lower tax – both in terms of fuel used and vehicle excise duty. In fact, according to current figures, you might end up with a tax bill as low as £20 per year and £0 Road Fund Licence for the first year. And lower fuel costs mean, well, you can figure that bit out yourself.

Add in the 0% deposit offer and the Mazda3 becomes an even more compelling proposition.

Experience the all-new Mazda3 for yourself: download a brochure here, and book a test-drive here.