5. Who are the best insurers? 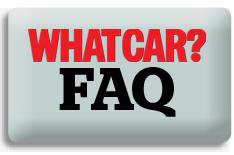 Who are the best and worst car insurers?

More than 5000 policyholders were asked how happy they were with their insurer's performance in five areas including price, interaction and how claims were dealt with.

Royal and Sun Alliance (RSA) leads the charts with a score of 762 on the survey's 1000-point scale, 54 points above the industry average of 702, but the company also comes last with its More Than-branded policies, which scored just 671.

Other results show how satisfaction varies considerably across a portfolio of brands that are underwritten by the same company. The Admiral Group does well with Diamond, which comes fourth after Liverpool Victoria and Sheila's Wheels, but performs badly with its flagship Admiral-branded policies, which are fourth from bottom.

Privilege, Direct Line and Churchill are all part of the same group and show more consistent, but average, performances.

Shop around
The survey demonstrates the importance of shopping around for cover, not just in terms of the service you get but in the price you pay.

Switching providers, even within the same group of brands, can save you hundreds of pounds.

JD Power says that 56% of those surveyed didn't switch their insurance and automatically renewed policies collectively worth more than 3.5 billion.