More for you |
Big savings on our Car of the Year Awards winners2020 new car sales revealed: who were the winners and losers?Top 10 used SUVs for less than £10,000Used test: BMW 1 Series vs Mercedes A-ClassNew Dacia Bigster large SUV – what we know so far
Home
News
Another Government U-turn?
news 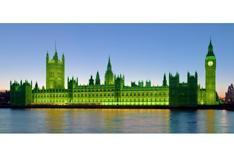 Following the commotion over the 10p tax band and the Government's eventual decision to award compensation to those affected, as well as the prospect of an upcoming election, some analysts are already predicting that the Government will back off from pushing through its VED road tax changes for older cars.

However, it's far from certain that this will happen, as the Government needs to bolster its coffers somehow and is already under pressure to cut taxes on fuel.

At present, the messages coming from senior Government figures are mixed:

Business Secretary John Hutton said: 'Obviously, the Chancellor is listening to what people are saying about Vehicle Excise Duty, as he has done on a number of occasions recently about tax rises.'

However, Chancellor Darling himself subsequently said: 'Vehicle Excise Duty has been linked to how polluting a car is since the beginning of the decade and I believe it is right we should encourage people to use less-polluting cars.'