More for you |
Every 5-star car on What Car?Used test: Maserati Levante vs Porsche MacanNew issue of What Car? magazine on sale nowMost and least reliable small SUVsRevealed: the car makers whose discounts have got bigger since lockdown
Home
News
ASA rules on 'misleading' fuel figures
news 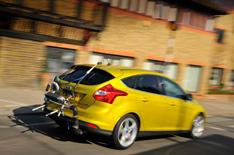 The Advertising Standards Authority (ASA) has ruled that car manufacturers must add a disclaimer to adverts about fuel economy figures, a ruling that will have implications for the motoring industry as a whole.

Disclaimers will start appearing on car adverts across all advertising platforms. Each manufacturer will be able to choose its own wording for the disclaimer in its adverts.

All car manufacturers and trade associations will hear from the ASA imminently. The ruling does not apply to advertisements that have already been published.

The ruling comes after a customer complained to the ASA after purchasing an Audi A3 1.6 TDI. On Audi's company website the car was advertised as returning an average combined fuel consumption figure of 68.9mpg.

The owner complained that he had not achieved this figure and that the advert was misleading.

Volkswagen argued that all manufacturers use official laboratory-derived MPG figures, which are widely known not to reflect figures achieved in real-world driving conditions.

The ASA countered saying that it was 'unlikely to be clear to the average consumer that the figure quoted was based on a standardised test and was not necessarily representative of what they would achieve when driving the car themselves.'

As such, the ASA upheld the claim and has instructed Audi to make it clear that numbers quoted in adverts are official EU figures and might not be achievable in real-world driving conditions.

'Countless readers have contacted us to say how disappointed they are with their cars' economy figures. Car buyers are frustrated that they don't match official fuel figures,' said What Car? editor-in-chief Chas Hallett.