Black box telematics - the little box that could save you money

Car insurance is one of those necessary evils we’d rather be able to do without, but a telematics policy could make your next renewal cheaper, as long as you’re the right kind of driver...

Telematic car insurance, also known as black box or pay-as-you-go cover, monitors your driving using an electronic device inside the car, or in some cases a smartphone app.

The box feeds information back to your insurer, and good driving is rewarded. Sometimes that means the cost of insurance can drop if the box sends back a glowing report to the insurer, in other cases the reward can be extra miles to top up a fixed-mileage policy.

Black box policies are often aimed at young drivers, but they’re available to other motorists, too. 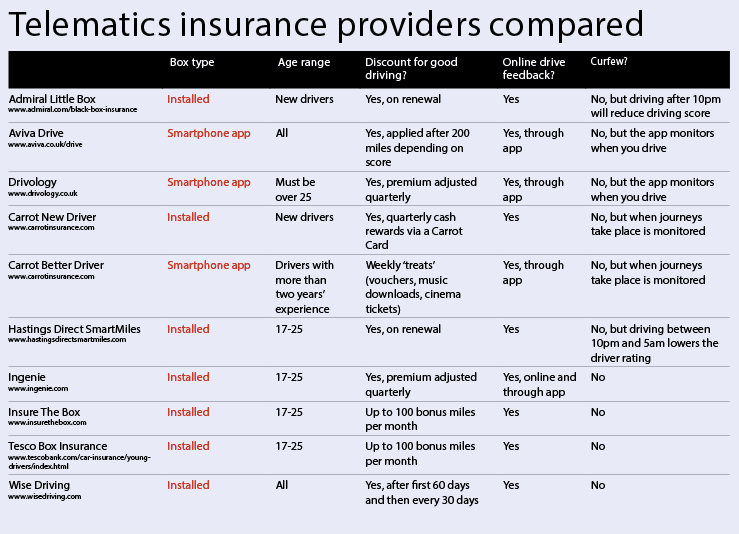 How does a black box decide if I’m driving well?

The black box, which is similar in size to a mobile phone, monitors your driving using GPS positioning and a motion sensor. It looks at a variety of factors to determine if the car is being driven safely.

Sticking to the speed limit, steady acceleration, smooth and progressive braking and gentle cornering are rated as good driving traits, while stamping on the throttle or brake pedal and hurtling round corners like a wannabe racing driver are bad.

Other factors the insurer may keep an eye on include the number of miles driven, the type of roads driven on and the time of day the car is used.

By monitoring how, when and where the car is driven, the insurer builds up a bespoke risk profile of the individual driver that should be much more accurate than relying entirely on the usual general measures, such as age, postcode and driving experience.

Typically the insurer doesn’t keep this information to itself. Regular feedback is available through an app or via web portal; drivers can use it to check how well they are driving and make changes to keep the black box happy. 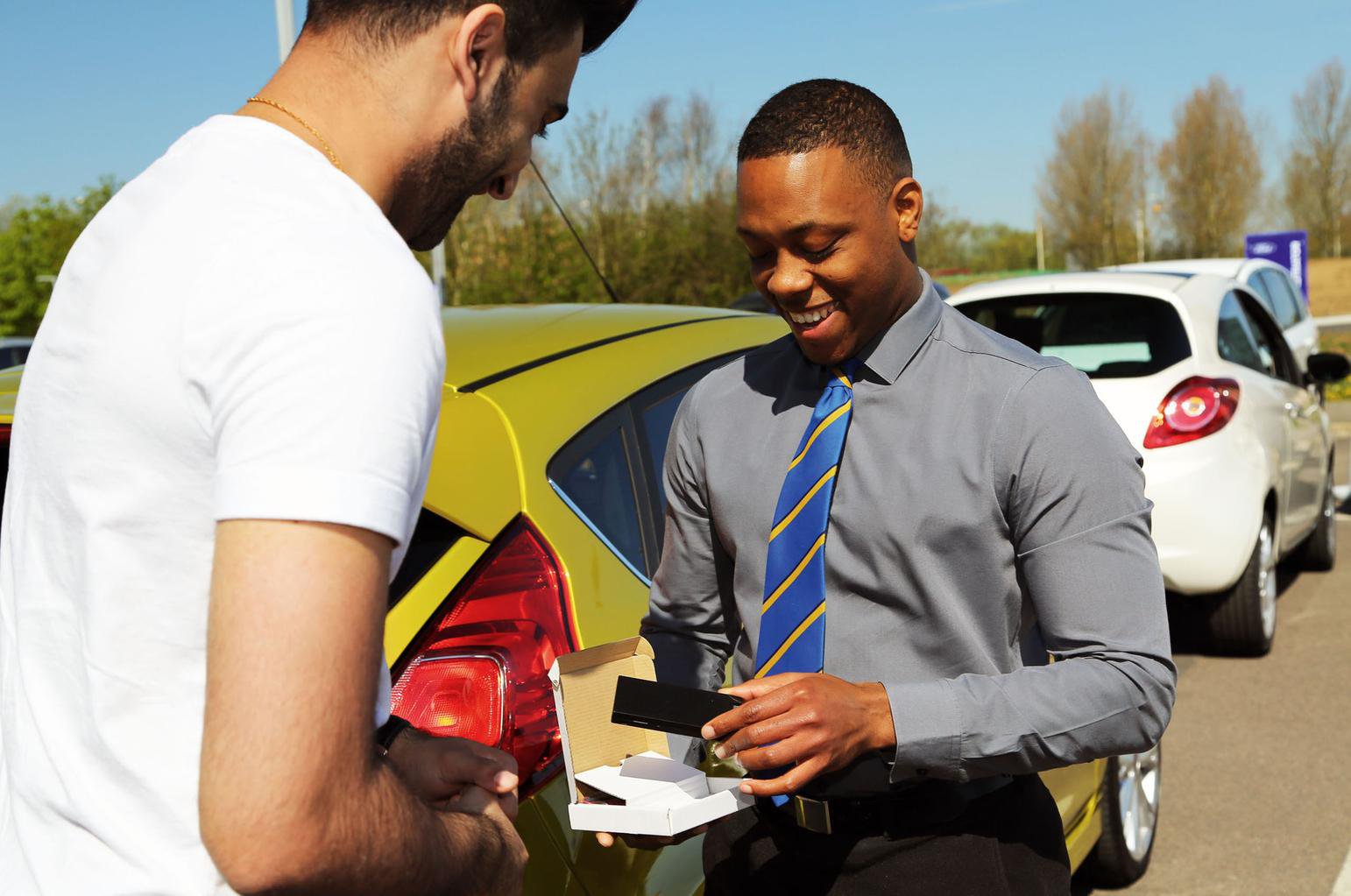 How much could I save with a telematics policy?

Not every driver will pay less for their insurance, but for the right driver the savings can really add up.

Young drivers in particular (and their parents if they are paying the premium) stand to benefit. According to comparison website confused.com, the average cost of a fully comprehensive policy for a 17-year-old driver was £672 in the fourth quarter of 2015, but annual premiums well into four-figures are not uncommon.

Telematics policies are often cheaper from the word go than a standard policy. Hastings Directs’ SmartMiles scheme is available to drivers aged 17-25, and the company says SmartMiles customers typically save 39% on their premium compared with a conventional Hastings Direct insurance policy.

Premiums can also go down as a young driver builds up a history of good driving. Unlike some policies, SmartMiles premiums are not adjusted mid-term, but good driving is rewarded at renewal time.

“SmartMiles customers who renewed with us in 2015 on average paid £520 less than the previous year,” Hastings Direct told us.

“However, any reduction or increase depends on many factors, not just the individual’s telematics score. Claims, convictions and other factors could also influence premiums,” it added.

According to Ingenie, another telematics insurance provider for 17-25 year olds, 70% of their customers earn discounts for driving well, with the premium reviewed once a quarter.

However, it’s important to remember that with many telematics policies (including Ingenie’s) premiums can go up as well as down based on feedback from the black box. 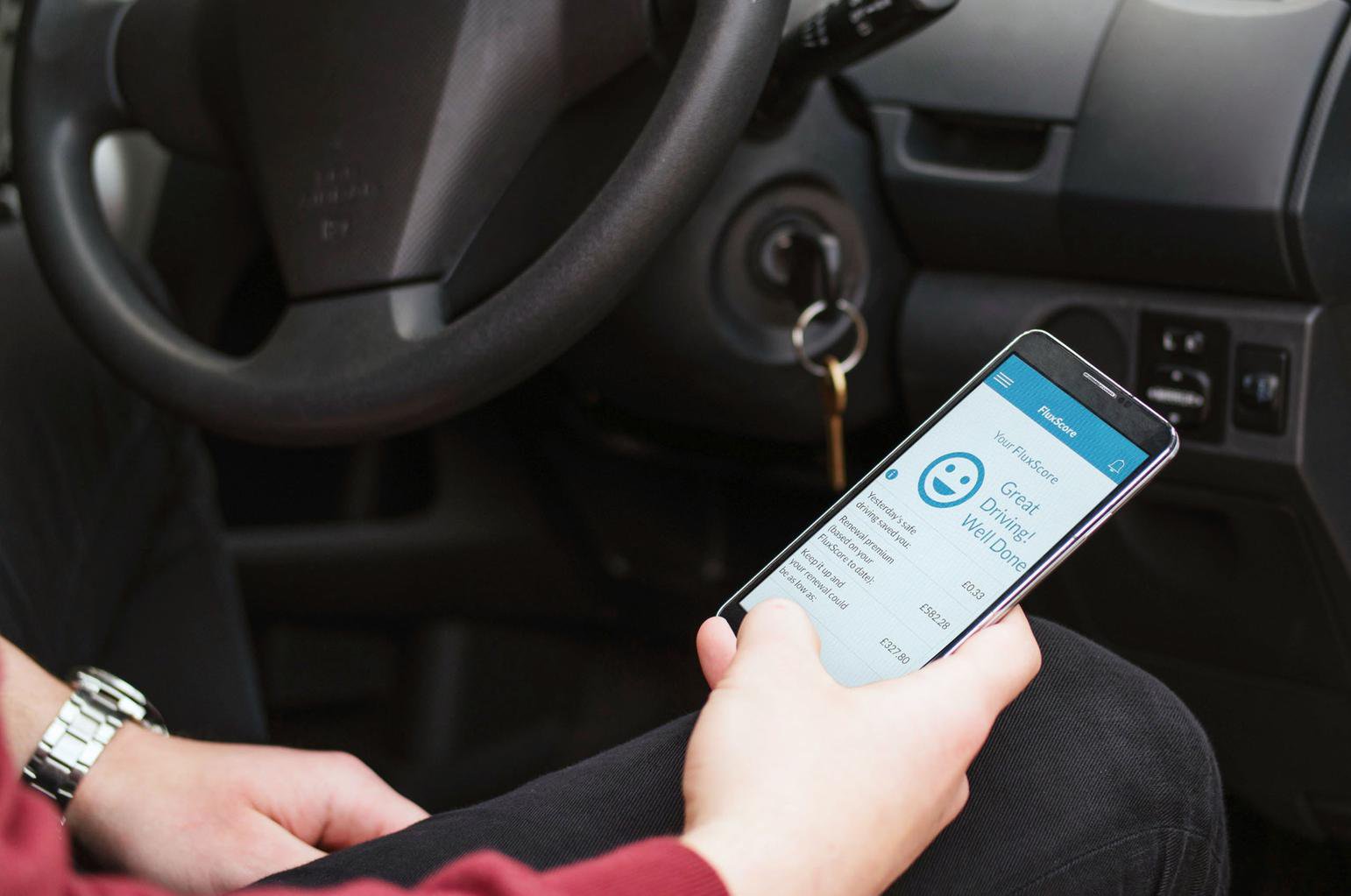 Although young driver policies form the core of the black box market, there are telematics policies for other drivers. Some, like Drivology, exclude the youngest drivers and are for over 25s only. Others are available to a broad section of drivers.

Aviva Drive is for all drivers, but with a twist. It uses an app that’s available on iOS and Android smartphones instead of a unit fitted to the car.

Instead of monitoring every mile driven throughout the term of the policy, the app analyses 200 miles of driving and uses this to decide if a driver deserves a discount.

“Customers are not penalised for getting a low score and we give them feedback on their driving,” added an Aviva spokesperson.

According to Aviva, 44% of drivers score between 7.1 and 10 out of 10, earning an average discount of £150. Having an app-based policy is simpler in some ways, but more complicated in others.

There’s no fuss about fitting a device, but the app will run automatically when the smartphone’s GPS detects movement. So a driver could get a score for their next train journey,  or when they take a lift in someone else’s car. For that reason Aviva encourages anyone using the app  to check all the automatically recorded journeys are really theirs.

There’s also the question of whether a driver could drive like a saint for 200 miles, then revert to a worse driving style having earned their discount. However, Aviva doesn’t see this as a problem.

It states: “We know from analysis that 200 miles provides sufficient data to gauge how a customer drives. It takes a customer on average 20 journeys to complete the 200 miles, so if they do drive differently for the first couple of journeys they quickly revert back to their usual style.” 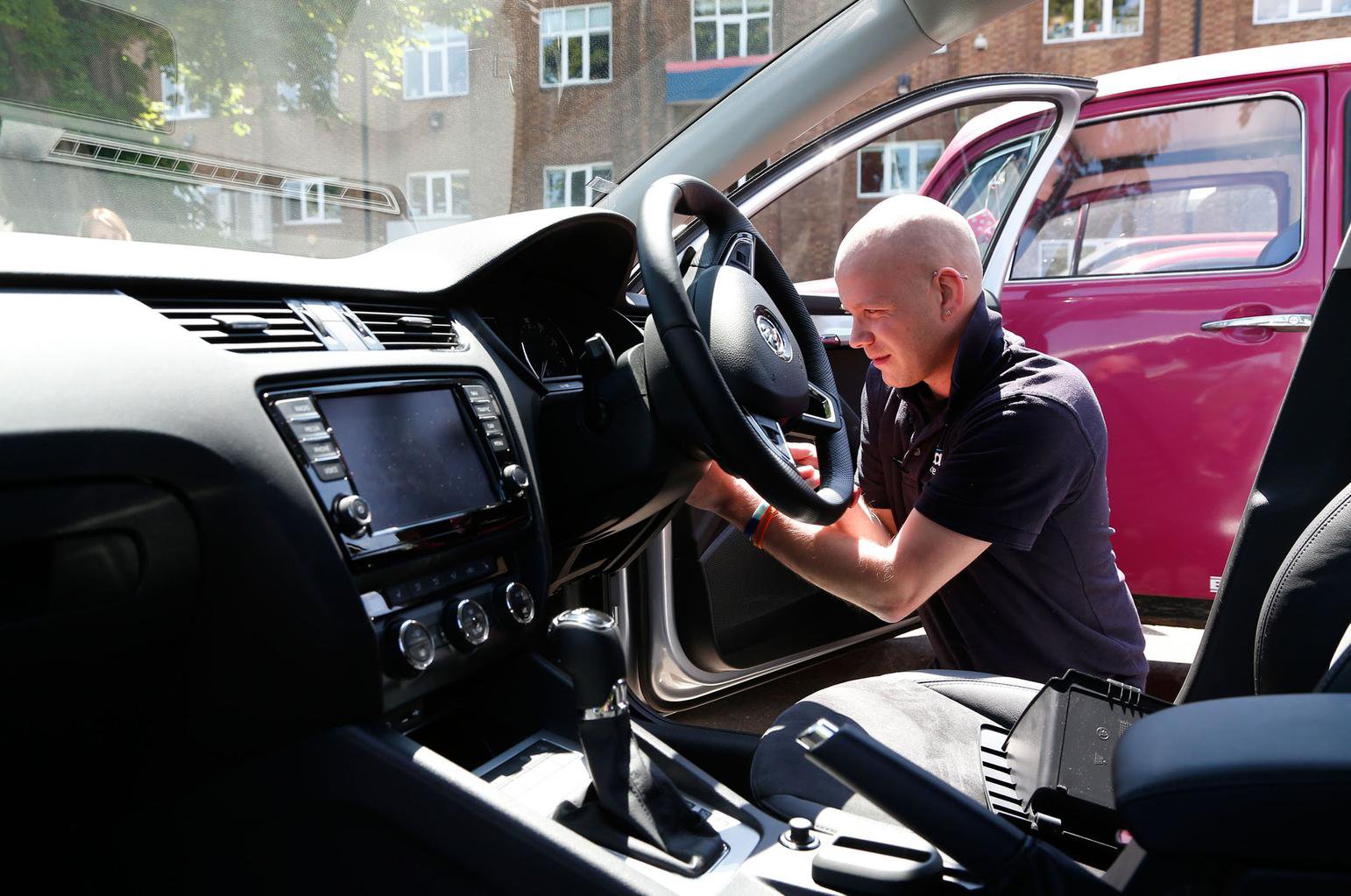 What are the drawbacks of a black box policy?

Even if a driver stands to save from having a telematics policy, there may be restrictions on mileage or night time curfews, especially on young driver policies.

Up to a point, yes, but there’s more to safe driving than simply keeping the black box happy.

“Individual insurance companies, such as Ingenie, can show that policy holders with black boxes do have a better claims history,” says Neil Greig, director of policy and research for the Institute of Advanced Motorists (IAM).

“However, it has never been possible to separate out the ‘self-selection bias’ involved. It is often the safest 17-18 year olds who choose to have a telematics device fitted in their car, and they would have been safer anyway.”

The IAM also believes there are limitations with the focus on steady acceleration, braking and cornering. “A key thing that is never measured is ‘near misses’,” says Greig. “A driver may be driving within the parameters of their black box, but causing mayhem around them.”

If black boxes are to make a significant impact on road safety, they need to be used in tandem with advanced driver training. “Our ideal system would flag up and store poor driving techniques and allow that information to be downloaded later to inform a tailored training package. The IAM has been starting to look into this with a number of providers, but it’s early days yet,” Greig explains.

Nigel Hutson compared the cost of a telematics policy with regular car insurance when renewing the cover for his Land Rover Discovery and Mini hatch.

“The total for an Admiral multi-car policy was £485,” says Nigel. “The cheapest telematics policy was £1142 for the Discovery on its own.”

As well as insuring Nigel, 54, both quotes included his 26-year-old son, James, on the insurance for the Land Rover. James has also steered clear of telematics insurance policies, instead relying on advanced training to improve his driving and cut his premium.

Following a crash in 2011, James trained with the Institute of Advanced Motorists (IAM) and passed the IAM Advanced Test in 2012.

“After my crash, the insurance for a Fiat Punto was about £1400. Once I passed the IAM test and with a year’s no-claims discount that dropped to around £700.

How telematics can save you money - Shami Kalra

Shami Kalra and his 19-year-old daughter, Freya, managed to reduce her insurance premium from £1400 to £958 per annum when they switched to a Tesco Black Box policy for her 2013 Volkswagen Beetle.

As well as the big saving, Shami believes the black box has made Freya a safer driver. “The feedback that’s sent out to her is also available to me, so I can see how she is driving. The fact that I know what’s going on as well is influencing the way she drives,” says Shami.

“The insurance policy is limited to 10,000 miles a year, but if Freya shows she is driving sensibly and responsibly, she can earn up to 100 bonus miles every month,” he added. 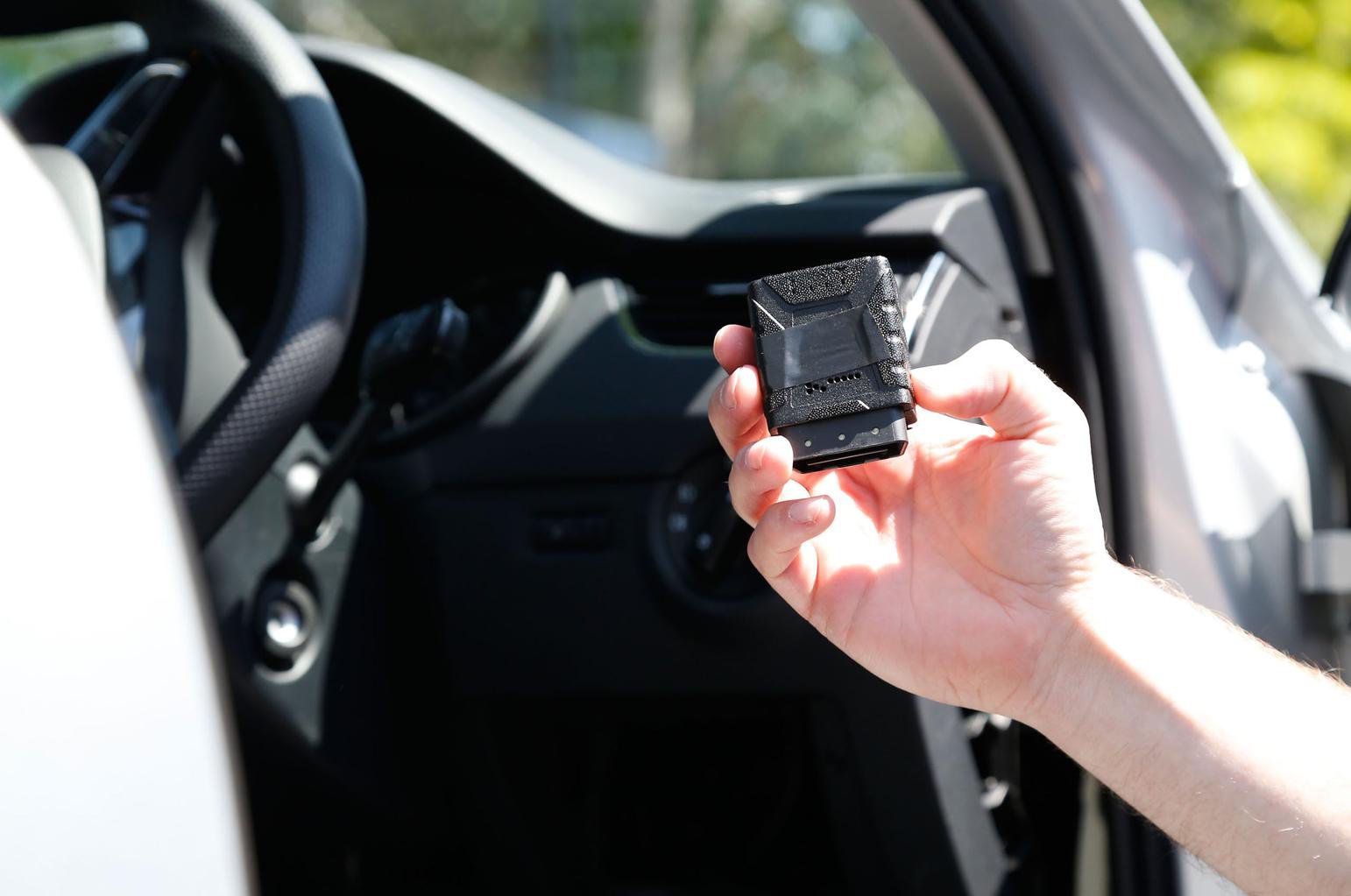 Black box insurance isn’t for everyone; an experienced driver with a full no-claims bonus will almost certainly be better off with a conventional insurance policy. However, for the right driver, especially those who have just passed their test, they can save hundreds of pounds with a telematics insurance policy.

The confessions of a car salesman