BMW drivers are the UK's angriest 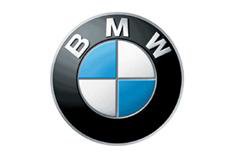 BMW drivers are the angriest motorists on the UK's roads, according to a poll by the insurance website Gocompare.com.

Even 'white van man' couldn't compare to BMW drivers when it came to road rage they were pushed into second place. ??Lee Griffin, Gocompare.com's chief operating officer, said: 'Traditionally the white van man is stereotyped as a bad driver, but this is no longer the case.

'Although the white van man still features highly on the list, he has been well and truly overtaken by BMW drivers who Brits consider rude, dangerous and bad-tempered.'

However, not all German-car owners suffer from the red mist Volkswagen drivers were rated a reasonably relaxed ninth and Mercedes-Benz drivers were 10th.