More for you |
Every 5-star car on What Car?Used test: Maserati Levante vs Porsche MacanNew issue of What Car? magazine on sale nowMost and least reliable small SUVsRevealed: the car makers whose discounts have got bigger since lockdown
Home
News
Brian Paddick
news

* I'm a celebrity get me a car! * We profile the celebrities * What car should they drive... 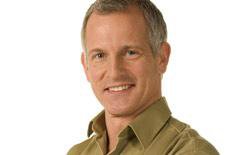 The former policeman and London Mayoral candidate says he is going on I'm a Celebrity to show people that there is a light-hearted side to him, so he'll definitely be wanting a car with a fun image.

However, we still think he's the sort of man who would appreciate a practical everyday runabout over a sports car, and with his political ambitions to consider, he's going to have to be seen to be in something environmentally friendly.

Political life means he'll spend large amounts of time in London, so the car's going to have to be small and nimble for the city roads, too.

Why? It's a tough choice between this and the Fiat 500, but a diesel Mini is greener, almost as easy to park and just as fresh looking.