More for you |
DVLA warns of 20% increase in car scamsWhat Car?'s top 10 used electric cars (and the one to avoid)10 most unreliable SUVsWhat Car?'s best cars for less than £250 per monthGuaranteed discounts on our 2020 Award winners - save up to £19,366
Home
News
Call for a hands-free ban for teenagers
news

Call for a hands-free ban for teenagers 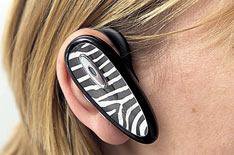 New research has revealed that teenage drivers are as dangerous as drink-drivers when using hands-free mobile phones behind the wheel.

The research, by the Transport Research Laboratory, says that a quarter of UK drivers use hands-free mobile phones, which makes their reaction times up to 30% slower than motorists who have been drinking and 50% slower than those who are sober.

Previous research from the University of Sydney has suggested that drivers using hands-free phones are four times more likely to crash than those who don't.

In light of the new research, campaigners are calling for the Government to change the law and ban the use of hands-free devices for drivers under the age of 20.