WINNER: Small SUV of the Year

A good football coach knows exactly how to build on a player’s strengths, and the Volkswagen T-Roc's coach is clearly one of the best. It saw that the T-Roc – an otherwise formidable striker – let itself down in a few aspects of its game and gave it a gentle push in the right direction. And as a result, Volkswagen has found itself leapfrogging its rivals to lift the small SUV league trophy.

As part of the re-skilling programme, the T-Roc’s exterior was tweaked, its trim levels were revised and it finally gained the interior quality it needed. In fact, the T-Roc now has the kind of well-finished interior that Volkswagen cars always used to be renowned for. 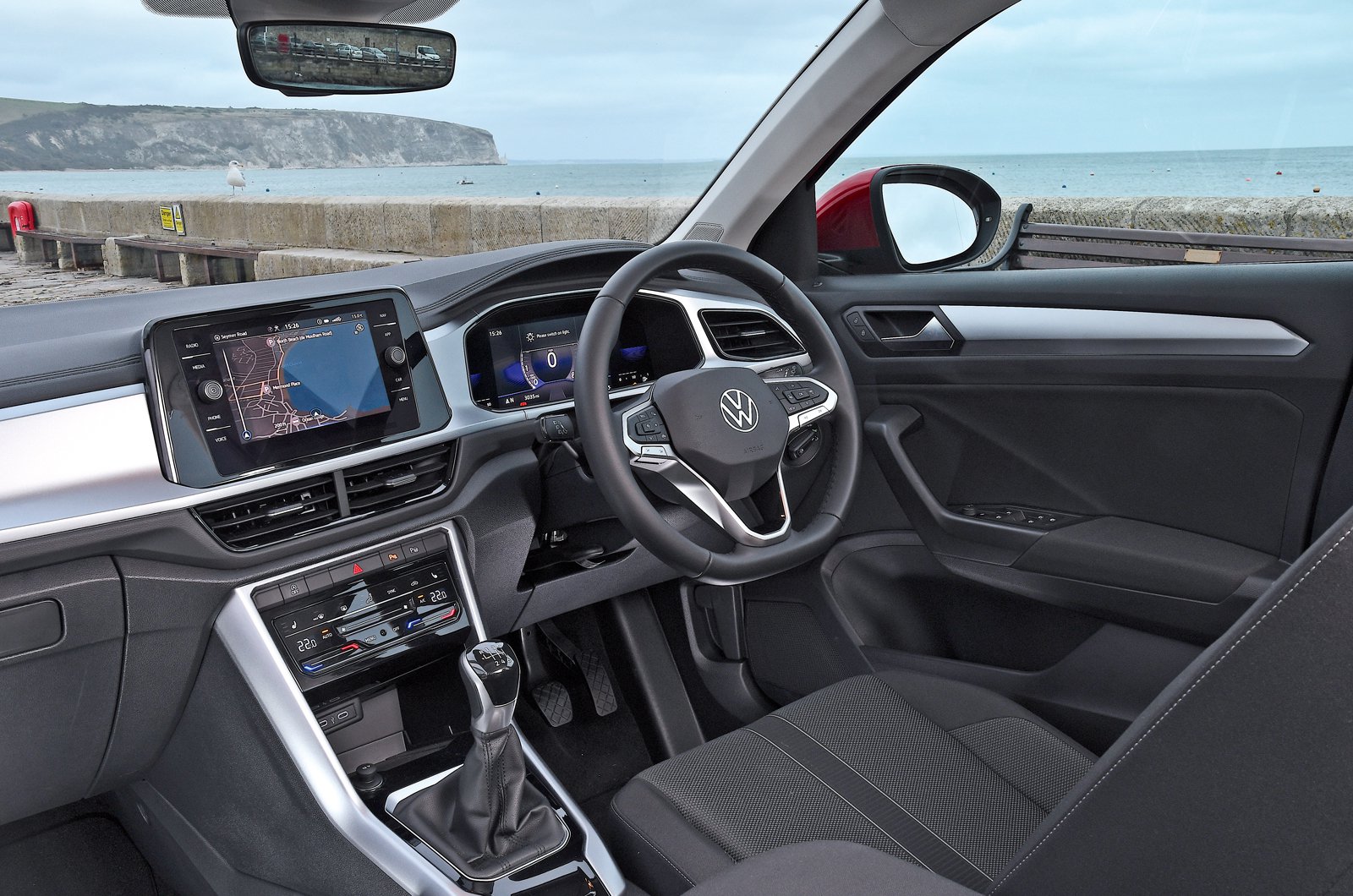 You see, interior quality really was the biggest chink in the T-Roc’s armour. Yes, previous small SUV winners such as the Seat Arona had just as much scratchy plastic inside, but the Arona cost much less. Now the T-Roc’s quality is in keeping with the transfer fee it commands.

In fact, the T-Roc is better value than before. We used to recommend you go for a higher trim level, because the drab monochrome interiors of the lower models made it feel like you were driving around in a black-and-white movie. Now, though, even entry-level Life has a far smarter interior, and because it comes well specified with every feature you’ll need, it’s our favourite version.

We also really rate the plucky little 109bhp 1.0-litre petrol – the cheapest engine in the range. Yes, it needs to be worked hard if you want to accelerate swiftly, but it has a good slug of low-down pulling power, so you’ll rarely find that it struggles in everyday driving. 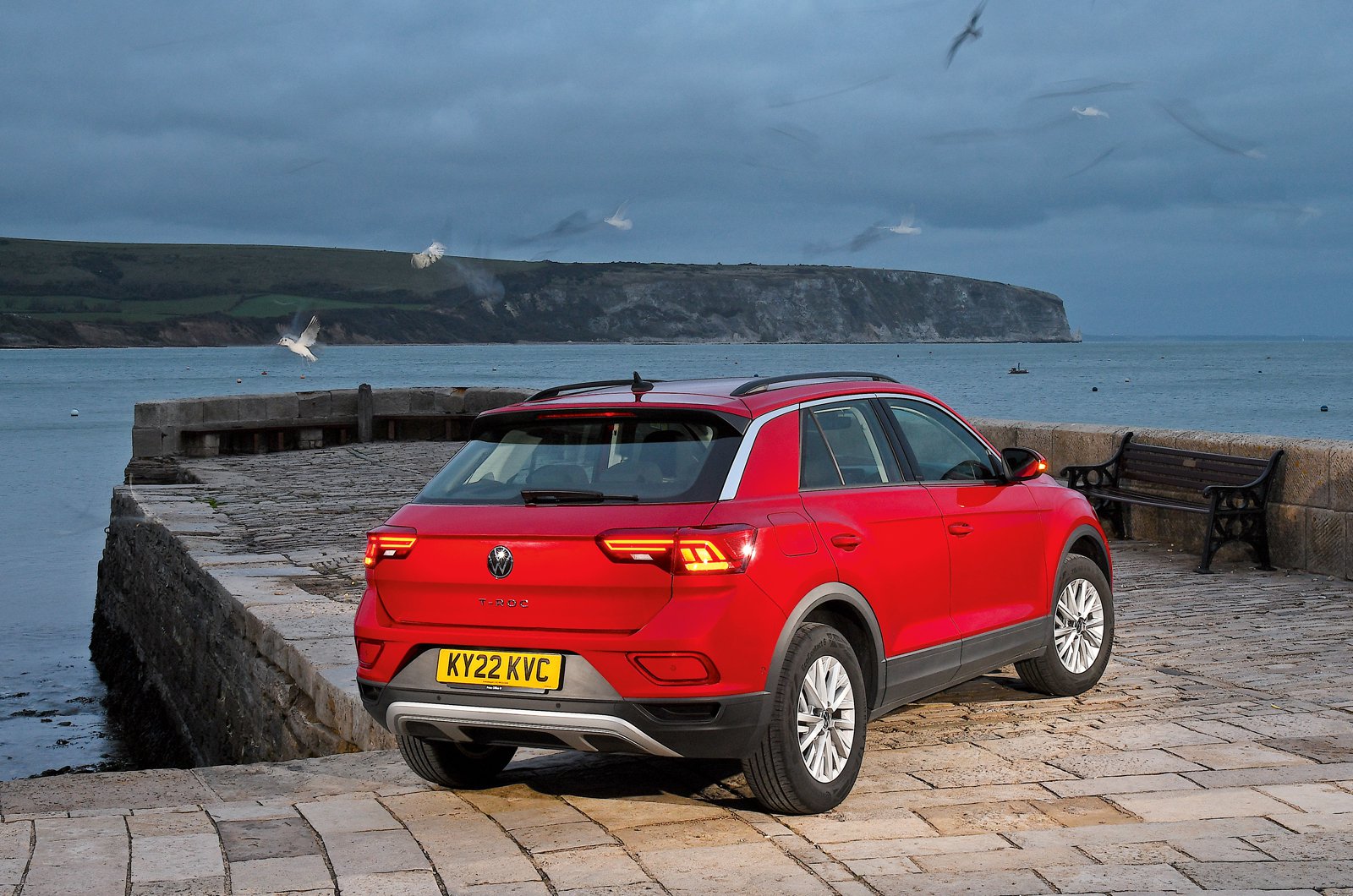 When cruising along on the motorway, the T-Roc is quieter than the Ford Puma, with less road and wind noise. The T-Roc also gives you a high driving position for that ‘real’ SUV feeling, which is something some other rivals, including the Skoda Kamiq, don’t manage to recreate. Instead, they tend to feel more like large family hatchbacks from behind the wheel.

Practicality is also a T-Roc strong suit. Okay, the Dacia Duster has a bigger boot overall, but the T-Roc can still handle a pushchair – or enough shin pads for an entire starting eleven – without drama. There are plenty more user- friendly touches, too, such as an adjustable boot floor that rises to make a separate storage compartment and irons out the lip at the boot entrance. There’s even enough leg room for Peter Crouch to sit happily in the back; he’d be less comfortable in the Duster.

So, what was already a very capable small SUV player can now confidently tackle its most intimidating opponents. A few rivals have some clever tricks up their sleeves, but the T-Roc’s all-round talent sees that it dominates the pitch.

Car of the Year (small SUV)