* Ford is trying to sell Volvo * Chinese firms in talks * Deal could be worth $2 billion... 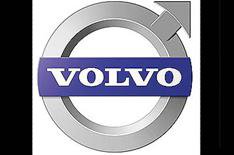 Ford says it is in talks with 'a number of parties' as it attempts to sell its upmarket brand Volvo, with a number of Chinese firms believed to be frontrunners to buy the Swedish firm.

Ford confirmed earlier this month that it had started the process of looking for Volvo bidders, as it aims to cut costs and focus on its core US business.

Volvo is expected to be sold for less than that, with estimates ranging from $1.2 billion (around 82 million) to $2 billion (around 137 million). Any deal could take up to a year to complete.