More for you |
How to spec a Peugeot 5008Can I get scrappage and Target Price discounts?Most and least reliable family SUVsThe most reliable family cars on sale - and the least2020 Toyota Hilux revealed: price, specs and release date
Home
News
Crackdown on drug driving
news 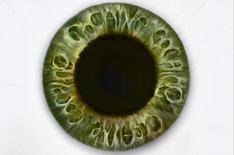 Drug drivers are to be targeted by the Government's first national TV advertising campaign to tackle users who get behind the wheel.

One in 10 young male drivers admit to driving after taking illegal substances, according to research by road safety body THINK!, while one in five drivers killed in road accidents may have an impairing drug in their system.

Drug drivers the eyes have it
Police spot drug drivers by the involuntary effects that substances have on the user's body, which the new 2.3 million campaign highlights in its slogan: 'Your eyes will give you away'.

Punishment for drug driving is equally as tough as penalties given to drink drivers, with a minimum of a12-month driving ban and a maximum fine of 5000.

'But some drivers who would never get behind the wheel after drinking still believe they can drive after taking drugs. We are determined to get the message through to this reckless minority that their behaviour is putting lives in danger.'

As well as a TV commercial, the new campaign also includes print, poster and on-line advertising, as well as music festival and radio sponsorship.

The roadside drug driver test
If police think that a driver is impaired by drugs they will perform a Field Impairment Assessment (FIA). The FIA is made up of five tests:

1) The Pupil Measure Test. Examination of the driver's pupil size, condition and reaction to light.

2) The Romberg Test. This test assesses the subject's balance and judgement of time. The subject is asked to tilt their head back slightly, close their eyes and estimate the passage of thirty seconds.

3) The Walk and Turn Test. The subject must walk heel to toe along a straight line, counting their steps out loud and looking at their feet while doing so.

4) The One Leg Stand Test. The subject must stand on one leg while counting out loud.

Legal medicines included, too
Drugs prescribed by your doctor can also result in a ban if they impair your driving, because the law on drug driving does not discriminate between illegal and legal substances. Consult your doctor or pharmacist before getting behind the wheel when taking prescription drugs.

'Drugalyser still being evaluated
In 2008, the Home Office announced that Government scientists were working on a device designed to detect drugs such as cocaine, amphetamines and prescription drugs such as sleeping pills in saliva.

The objective was to give police a roadside 'drugalyser' rather than having to rely on the FIA alone.

However, a Department for Transport spokesman said there was no announcement regarding 'drugalysers' due yet, citing the complexities of testing for many drugs and having that evidence stand up in court as the reason for the lack of progress.