* Your car questions answered * From scrappage cash to driving tests * Ask us here, too... 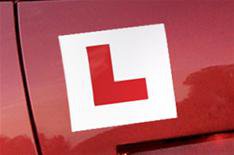 Q) My granddaughter recently took a driving test, and initially failed with 13 'minor' faults and one 'serious' error. The 'serious' mistake was then revoked when her instructor queried the decision rendering the entire test void. It seems unfair to me, because she still has to take another test and pay for tuition until that time. Is there any way to get the decision changed to a 'pass'?
Alistair Harris

A) We put the question to the Driving Standards Agency, and were told that 'legislation doesn't allow for a test decision to be overturned'. Yes, that may end up costing your granddaughter a few more lessons, but they will only benefit her in the long run.

With 13 minor faults recorded, she was close to failing the test regardless of the disputed 'serious' fault, so we wouldn't argue.

If you still feel aggrieved, there's no harm in asking if the DSA would be willing to test your granddaughter free of charge next time.