More for you |
The most & least reliable executive carsSsangyong Musso long-term test review2021 Nissan Qashqai: what we know so farBritain's biggest new car discounts revealed: save up to 22% nowBest family SUVs in 2020 - and the ones to avoid
Home
News
Face-lifted 2014 Mercedes CLS revealed
news 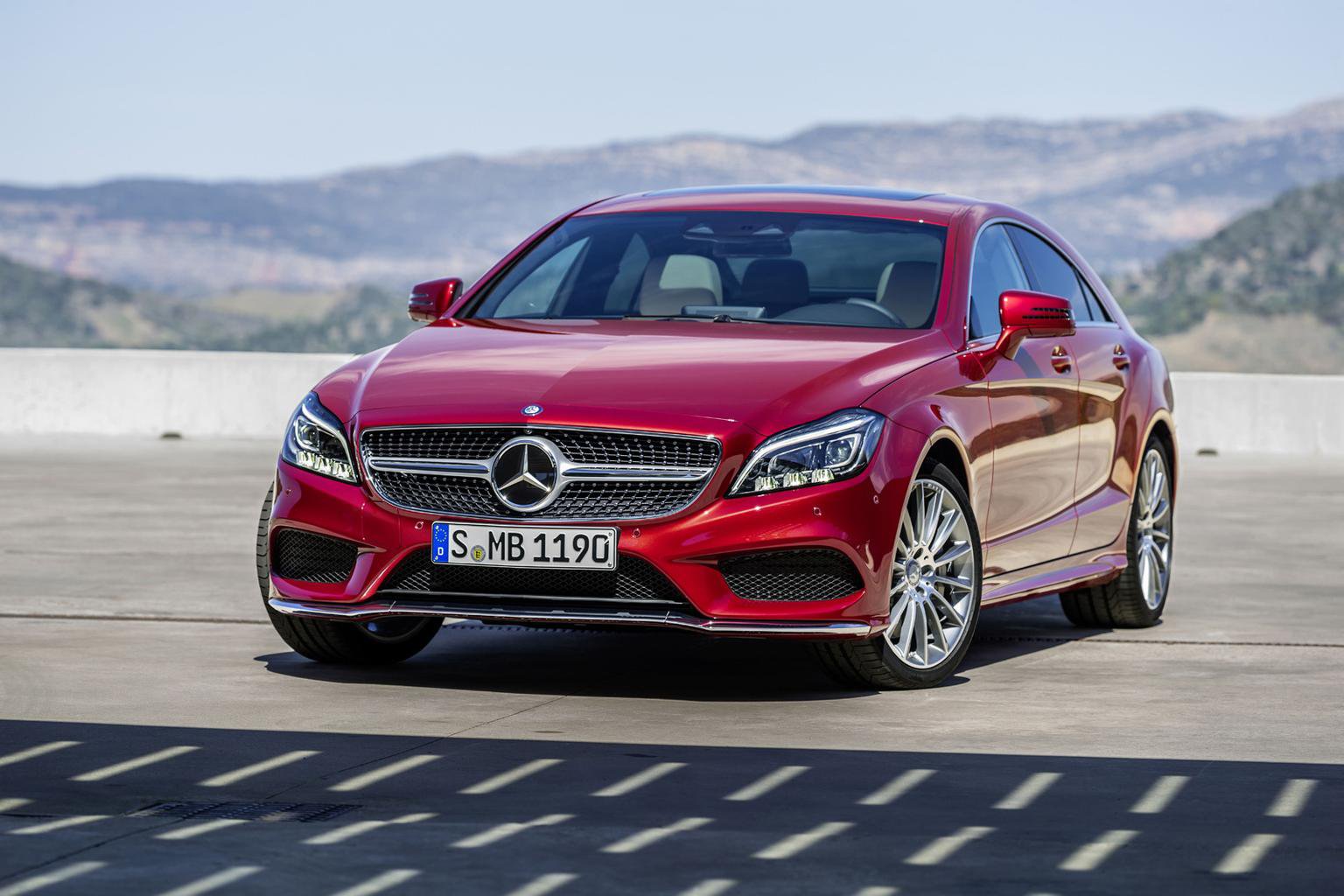 Pricing and equipment levels for the face-lifted Mercedes CLS, which will make its debut at this month’s Goodwood Festival of Speed, have been revealed ahead of the car going on sale later this year.

What is it?
The Mercedes CLS is an update of the current car, which offers refreshed looks on the outside and new technologies within, including Multibeam LED headlights, a nine-speed automatic transmission and two new engines.

The CLS coupe and CLS Shooting Brake are style-focused models offering coupe-like designs, but which retain some of the practicality associated with a standard saloon or estate.

What engines can I choose from?
Mercedes will introduce two new engines variants to the updated range: the CLS220 Bluetec replaces the previous 250 CDI and has a 168bhp 2.2-litre diesel that emits 129g/km of CO2. The CLS400 is a completely new addition, which uses a 3.5-litre 328bhp V6 twin-turbo petrol that pumps out 170g/km. This engine will be available in the four-door only.

Completing the line-up will be modified versions of the current CLS350 diesel and the range-topping CLS 63 AMG.

How much equipment does it come with?
The CLS will feature Mercedes’ new Multibeam LED headlights. The lighting system is a more advanced version of the one used on the S-Class luxury car, and works by using a windscreen-mounted camera to detect oncoming traffic or a car travelling in front. It can then create highly targeted dark zones, by individually controlling 24 LEDs in each headlight unit, to mask the light in these areas and avoid dazzling other drivers. As a result the headlamps can be permanently left on high beam, giving drivers greater forward visibility of up to 485 metres.

The CLS also features a new camera-based ‘active light’ system that recognises an approaching corner and swivels the headlights towards the bend before the driver has even turned the steering wheel, meaning more of the road ahead is illuminated earlier.

A similar lighting system that’s tied in to the sat-nav recognises when the car is approaching a roundabout and illuminates the cornering lights to similar effect.

Also making a debut is a new nine-speed automatic transmission, which will be available in the CLS220 and CLS350, with all other models retaining the previous seven-speed ’box.

The standard specification offering has been upgraded, with AMG Line now the default offering. This means it gets heated seats, the internet-ready Comand infotainment system and the ambient lighting system all included.

There are two option packs on offer. The Premium Pack costs £2395 on the coupe and £2095 on the Shooting Brake and adds an electric sunroof, a seat memory function, a reversing camera and split/folding seats. The Premium Plus Pack costs £3595 or £3195 and adds the same but with a Harman Kardon sound system and keyless ignition.

Can I get a discount?
Mercedes dealers were willing to cut between 11% and 13% off the list price of the previous car so aim to negotiate hard and push for as near to these figures as possible.

We'll update you once we have confirmation of any deals on offer.

How good are its rivals?
The only direct competition to have joined this marketplace since Mercedes pioneered it a decade ago is the Audi A7 Sportback and the BMW 6 Series Gran Coupe – although neither offers an estate option.

All provide a similar style of driving experience, being more GTs than an out-and-out sport models.
Only Mercedes and Audi offer smaller-engined variants starting at under £50,000 and both the A7 and CLS are cheaper like-for-like than similar engined variants of the BMW Gran Coupe.