Fuel duty increase to be scrapped?

* Chancellor hints rise could be axed * Increase would be a penny per litre * Duty stabiliser also being considered... 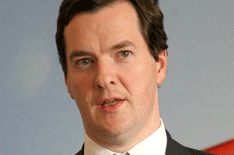 Chancellor George Osborne is considering axing the planned increase in fuel duty due this spring.

In an interview with BBC Radio WM, Osborne said: 'We can override it. We are looking at that.'

The increase of a penny per litre is due in April and would be in addition to inflationary increases of around twice that amount due at the same time.

Osborne also said that a fuel duty stabiliser, in which the tax was linked to the price of crude oil, was still being considered, but gave no details. In fact, he may not reveal a decision until the Budget on March 23.