More for you |
Every 5-star car on What Car?Used test: Maserati Levante vs Porsche MacanNew issue of What Car? magazine on sale nowMost and least reliable small SUVsRevealed: the car makers whose discounts have got bigger since lockdown
Home
News
Fuel-saving tyres under threat
news 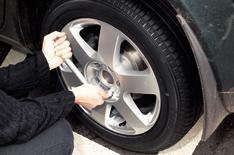 An environmental charity has urged the European Union not to backtrack on proposed tyre legislation.

The EU had proposed to:
Cut the rolling resistance of tyres to reduce fuel consumption of cars by 5% by 2020
Provide equal savings in fuel bills for businesses and the public
Set a target for introducing quieter tyres to reduce road noise by half
Address the impacts of road noise on health

However, there are concerns that the proposals may be too stringent for some tyre manufacturers to meet. As a result the European Parliament may water down the proposals, but charity Environmental Protection UK says this would be a disaster, and is urging supporters to email there MEPs.

Tyre manufacturers are currently in consultation with the EU regarding proposals to reduce rolling resistance and noise, while improving wet weather grip.

The majority of producers are said to be in favour of setting minimum targets on all three criteria, with initial goals to be met by 2012.