* Summit with insurance industry * to slash compensation bill * Costs every driver around 90 on their premium... 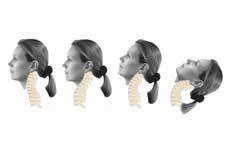 The Prime Minister will outline plans to cut insurance premiums for private and company car drivers.

David Cameron is meeting bosses from the Association of British Insurers (ABI), and insurance companies Admiral, Aviva and Zurich, to discuss ways to tacke bogus whiplash claims, which are behind soaring insurance costs.

Britain is now the whiplash capital of Europe, with more than 1500 claims a day. These claims are said to cost insurers 2 billion every year and add 90 to the average premium, according to the ABI.

Plans to cut this include the requirement for more robust medical evidence and a threshold for the value of claims or the speed of accidents.

The use of telematics or black box technology is also being discussed. These systems monitor driving behaviour and reward safe drivers with lower insurance bills.

They can also help to determine the severity of a whiplash injury in the event of an accident, according to Johan van de Merwe, managing director of car insurer Coverbox.

Insurers can use the equipment to measure the magnitude of an impact, which can serve as a very useful guide in distinguishing claims needing investigation from those where a high probability of whiplash exists, he said.

Already this week, two insurance companies have confirmed the adoption of this technology in some policies.

One such policy has seen Motaquote use TomToms new telematics product for its Fair Pay Insurance deal.

Meanwhile, the AA has launched Drivesave, which monitors speed, braking and cornering, and provides accident alerts. The Co-op claims that around 10,000 people are already using its telematics-based Young Driver insurance policy.

Speaking ahead of the meeting, the Prime Minister said: I am determined to tackle this damaging compensation culture, which has been pushing up premiums, I want to stop trivial claims, and look at ways we can bring costs down.