* The future of hybrids and fuel cells * Plans for petrol and diesel * Top man reveals all... 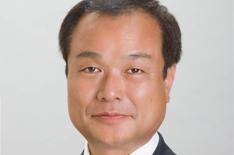 Honda is a rarity among car makers in that it chooses its leader from the ranks of engineers rather than business or marketing experts.

The new man in the hot seat is 56-year-old Takanobu Ito. His CV includes work on two of Honda's greatest-ever cars the CR-X in the late '80s, and the NSX of the early '90s.

He gave us his vision of the Honda of the future and a few recollections from his past.

Can you give us a quick overview of Honda's priorities in the coming years?

TI) 'We need to focus on existing types of engine and transmission while expanding our appreciation of hybrids. We are continuing to work on hydrogen fuel cells, but they are still one or two decades away from commercial sale.'

Can we expect to see a greater variety of cars and more niche models from Honda?

TI) 'Looking at the number of cars we sell in Europe, it's not that large, so if we try to widen the variety it would have an impact on our business. The economic slump has posed a challenge to all companies. We would like to respond to the wants of our customers and have more variety from each platform, but first we have to reduce the number of platforms we use and this will take time.'

What about the future of diesel engines at Honda?

TI) 'We tried to introduce diesel to the US by developing a clean diesel engine and were successful, but the commercialisation proved too challenging and we had to abandon the idea. However, we will continue to make diesel engines cleaner for Europe.'

Honda's forte is engine technology. What developments do you plan for petrol engines?

TI) 'We have limited resources and time, and right now our focus is on hybrids. Our engineers are working vigorously on trying to come up with the optimum hybrid. But we are also working on direct-injection petrol engines and ways to conserve energy in the deceleration phase.'

The hybrids you have announced are all 'mild' hybrids, in which the petrol engine is always helping to drive the car. Are you considering parallel or plug-in hybrids that can run on battery power alone?

TI) 'We are developing a variety of different systems, and have even diverted the resources that used to go into Formula One to this kind of activity. For cars the size of the Civic or smaller, one motor (as Honda currently uses) is the optimum, but we recognise that this is not sufficient for bigger hybrids. We are researching various systems, and one of them is a plug-in.'

How about battery-electric cars?

TI) 'We started with battery EVs in the US in 1997. They are evolving and there are possibilities, but the energy that can be stored in a battery is not equal to what we can get from petrol. Batteries are also heavier and more costly. They might succeed if you are using the car within its (battery) range.'

You have invested a huge amount in hydrogen fuel-cell technology for the FCX Clarity, but say that commercialisation is still up to two decades away. Do you ever have sleepless nights fearing your investment will never pay off?

TI) 'I have no worries about this technology, but I do wonder about how much I should be investing. It has taken a huge amount of money to get to this point, but from now on it should be easier. We just have to work on reliability and performance. But the hydrogen infrastructure development has been slower than we expected, so it is difficult to plan for any additional hydrogen vehicles right now.'

What about the rumoured small car to slot beneath the Jazz?

TI) 'The recession has forced us to revise our business plan, and there is also the matter of exchange rates, so we try to produce locally, that is why the Jazz was moved to the UK. We continue to consider building a small car, but first we will try it in Asia. Its production is not that far away.'

Finally, you worked on two of Honda's greatest drivers' cars the CR-X and NSX. Why do you no longer make cars like that?

TI) 'The CR-X and NSX hold a special place in my heart, and I enjoyed working on them. Actually, with the CR-X our aim was to make a 50mpg car, and we looked at all aspects of the car to see how we might do this.

'My responsibility was aerodynamics. We even considered an all-plastic body, but had to abandon it. The finished model was still a light car, and the weight reduction was what made it such fun to drive.

'We took the same philosophy with the NSX. We focused on power-to-weight rather than extreme performance. Personally, I would love to see us develop another one, possibly as a green supercar. If we do it and it is a big if it would not look like the monster that Toyota has announced [the Lexus LFA unveiled last week at the Tokyo motor show].'