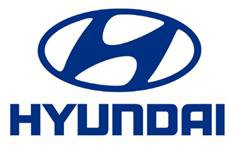 Hyundai insiders have revealed that the company might launch an upmarket sub-brand but not for at least 10-15 years.

The move would follow rivals such as Citroen, with its DS offshoot, and Fiat, with its sporty Abarth brand.

Hyundai is currently undergoing a rebranding as it attempts to raise awareness of its products in Europe.

Spearheading this initiative will be the i40, which it hopes will appeal to family car buyers and fleets, and the Veloster coupe, which Hyundai says will allow it to attract style-conscious buyers for the first time.

A company insider conceded that Hyundai's offshoot would almost certainly focus on pushing the company into the premium executive market.

The Hyundai Genesis'We have the Genesis already, predominantly for the Korean and American markets,' said one company executive. 'Logically, one or two generations down the line, that car could have reached a level where it is ready to compete in the premium market. One way of doing that could be with a sub-brand.'

Hyundai is reportedly evaluating the benefits of launching the current Genesis into selected European markets to test enthusiasm among dealers and consumers ahead of a full-scale launch.