Hyundai's latest Santa Fe is now fighting in the same territory as premium rivals from Audi and BMW. Is it worth your money? We've got four months to find out... 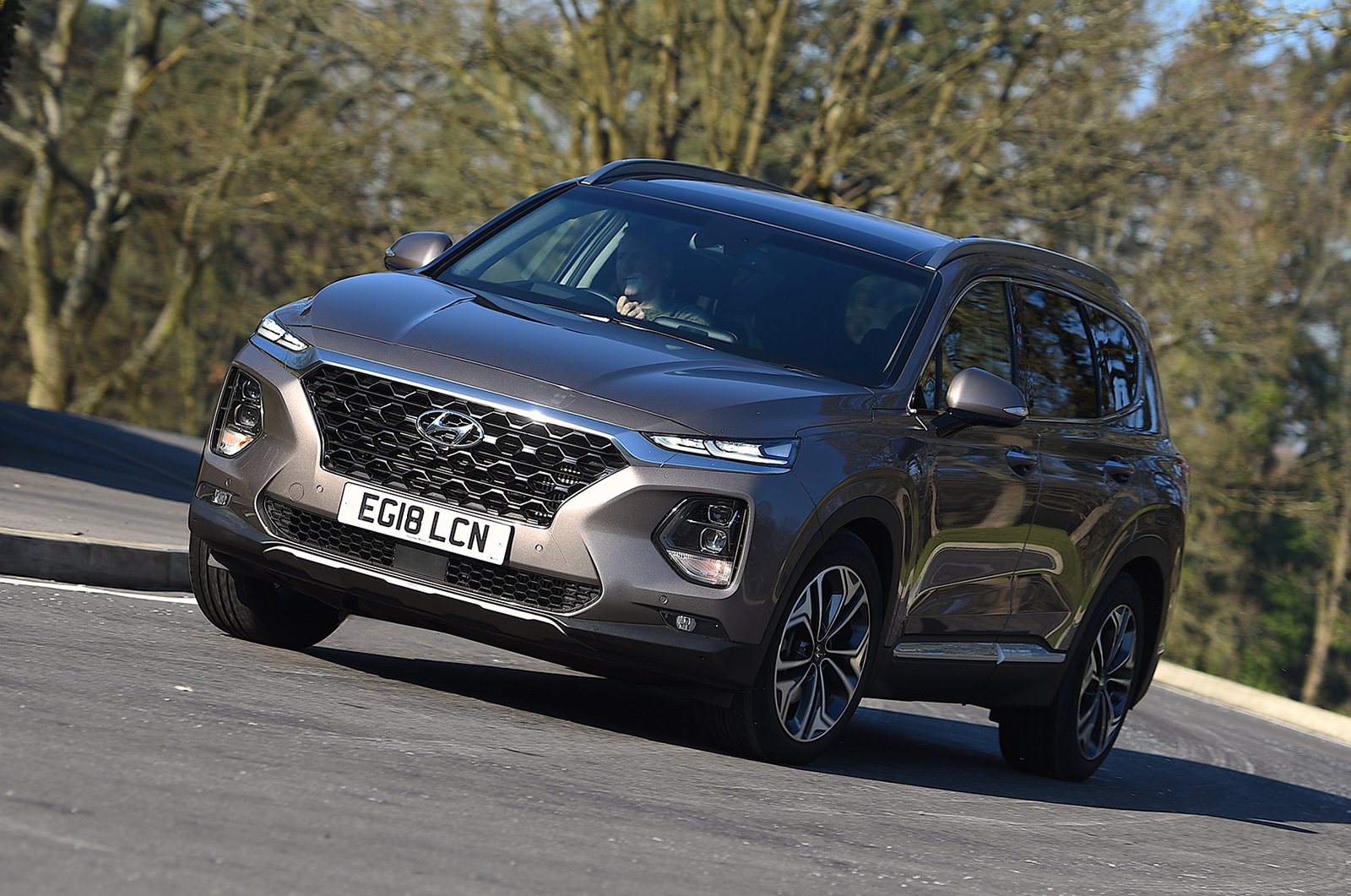 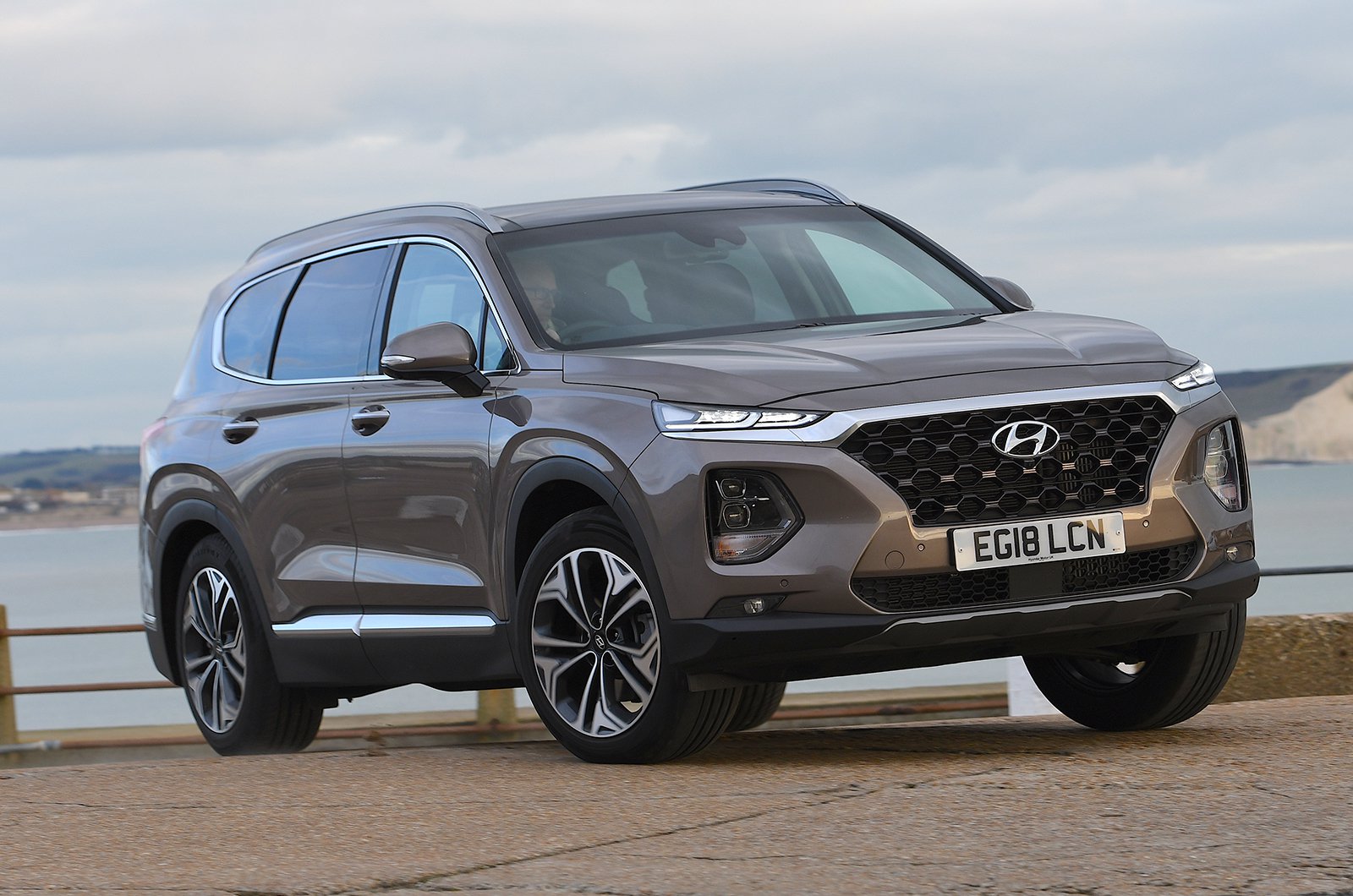 Apologies to any of my regular readers; when I picked up my previous Volvo V60 long-term test car, I said I wanted a change from the world of SUVs. Indeed, I even started my V60 journey by saying: “Every SUV I’ve run has been compromised in some way, suffering from either worse fuel economy, a higher rate of tax or poorer ride and handling than regular cars.”

But while I enjoyed my time with the estate, there’s something about the reputation of the SUV, with its combination of space, style and modern tech, that was still calling me back.

And so – are you keeping up at the back? – here I am having just picked up the keys to my Hyundai Santa Fe.

I’ve gone for the 2.2-litre diesel with four-wheel-drive set-up and in top Premium SE trim. This gets a huge raft of equipment as standard, including 19in alloy wheels, driver and passenger electric seat adjustment, adaptive cruise control plus a heated steering wheel. In fact, the only optional extra I had left to spec was metallic paint, in Earthy Bronze. 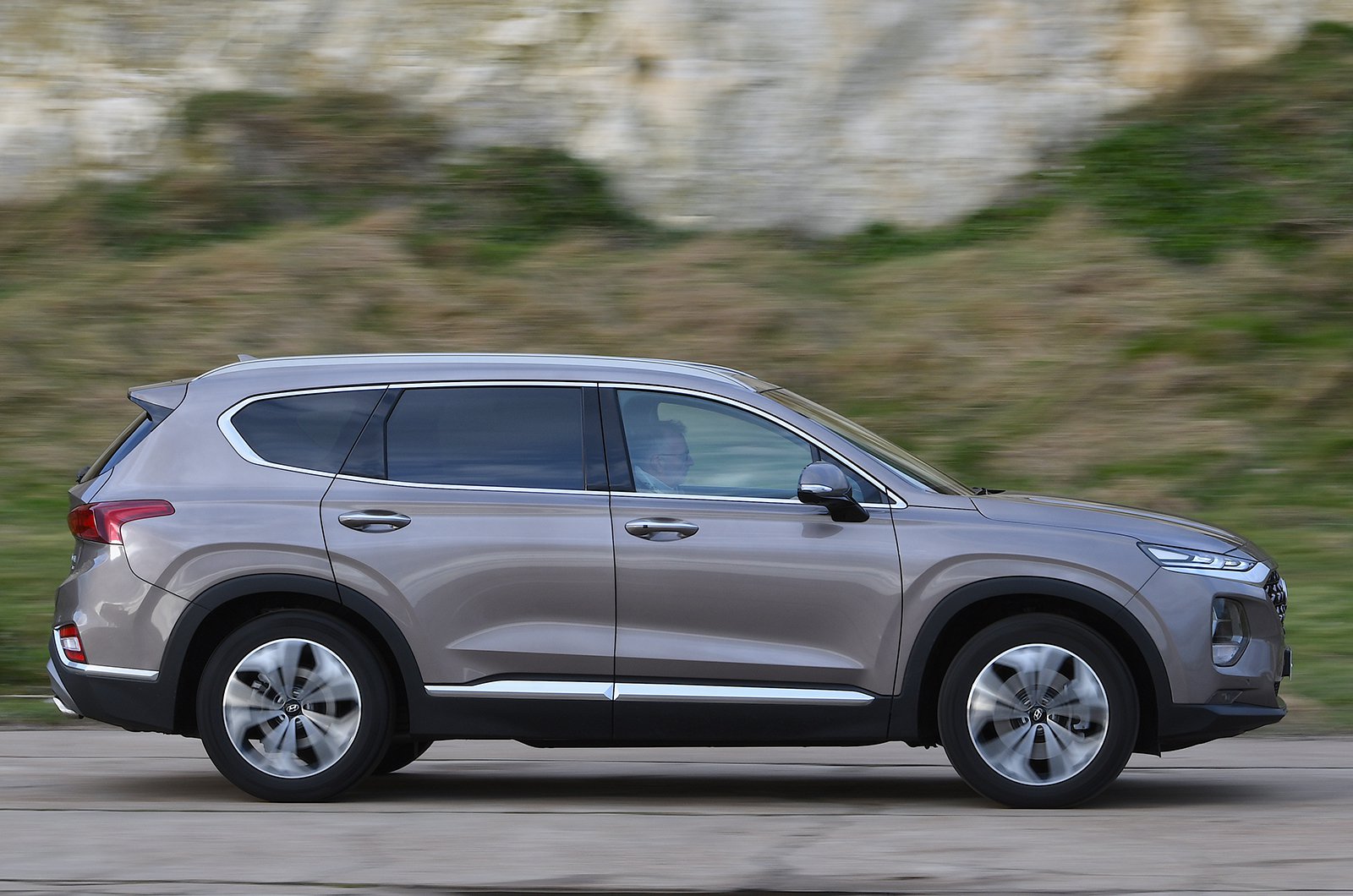 Even without the metallic paint, though, I like the look of the new Santa Fe. It does well to compete with the likes of the Land Rover Discovery Sport, despite not having a premium badge, and has sweeping lines that flow from front to back.

At first glance, the interior is equally as smart, with a faux-leather finish that curves around the top of the dashboard. However, on closer inspection, there are a selection of scratchy plastics on display, such as around the door handles and the centre console.

Likewise, the 8.0-inch infotainment screen looks a little stuck on and isn’t neatly incorporated into the dashboard. It is at least bright and clear to see, although can be a little laggy when in use. Other technology features in the Santa Fe include lane-keeping assistance, but I’ve had to turn this off – a repeated action every time you turn the engine on – because it’s too strong and aggressive at pulling you across the lane. 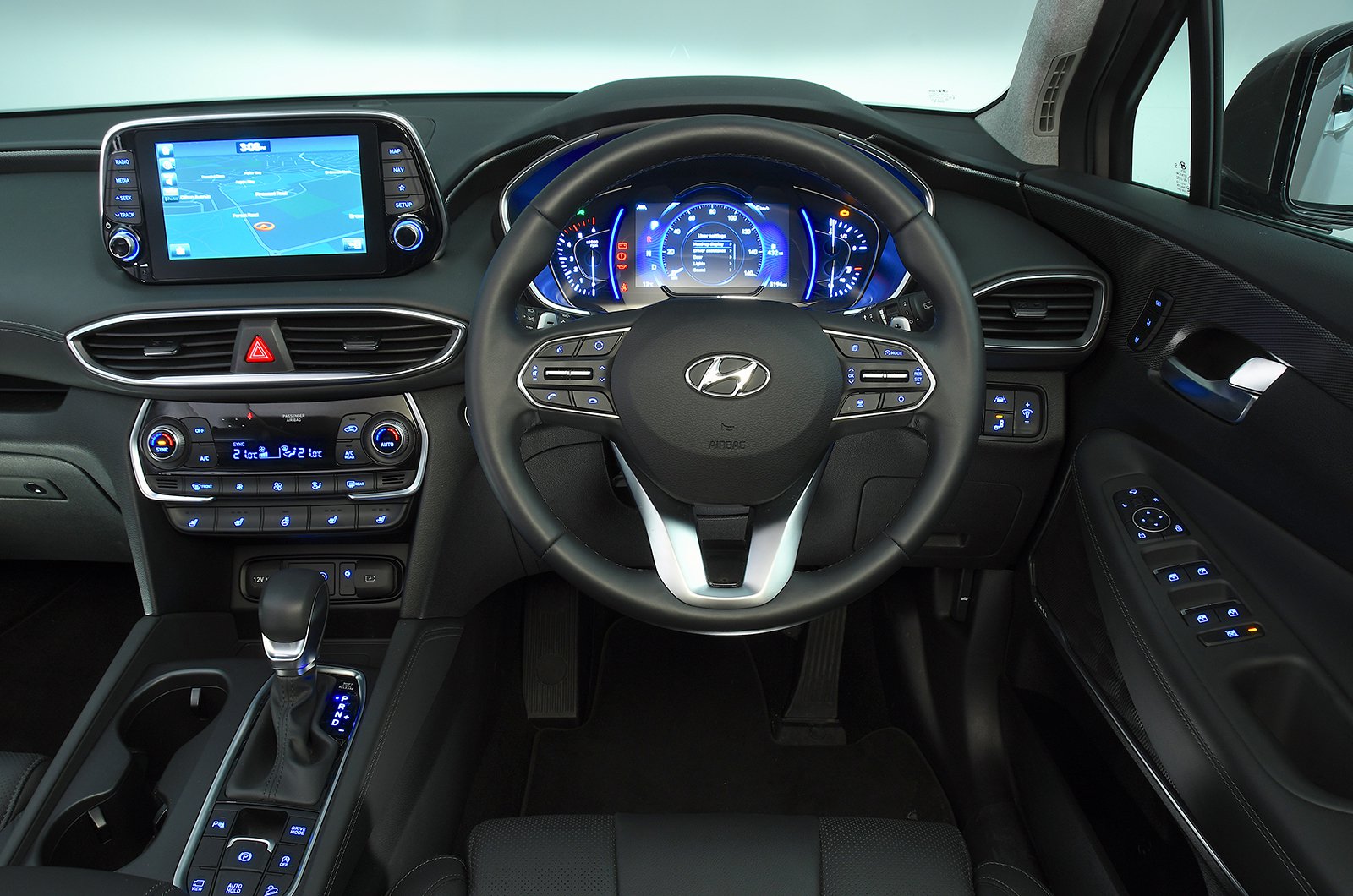 Also included on my Premium SE trim is an opening panoramic sunroof, although in other cars, this often eats into rear headroom. I haven’t had complaints from passengers so far, which I’m sure is thanks in part to the heated rear seats that are also included.

Now my children have grown up and flown the nest, I haven’t had the need for a third row of seats in my latest car choices. However, knowing that I now have the option does open up opportunities, especially when acting as chauffeur for my team’s football practise. The seats are easy to erect and they fold away completely flat so don’t hinder storage capabilities. I’ll let you know how my burley goalkeeper friends get on when they’re stuffed in the boot.

Speaking of which, one of the main things I look for with my What Car? car choices is boot space, to cope with my large array of photography equipment, which was my main reason for opting for an estate last time. However, the Santa Fe offers plenty of space and practical touches such as luggage hooks and netting. As expected with an SUV, the boot floor is much higher than you’d find on an estate, which might pose an issue when lifting particularly heavy items into the boot. 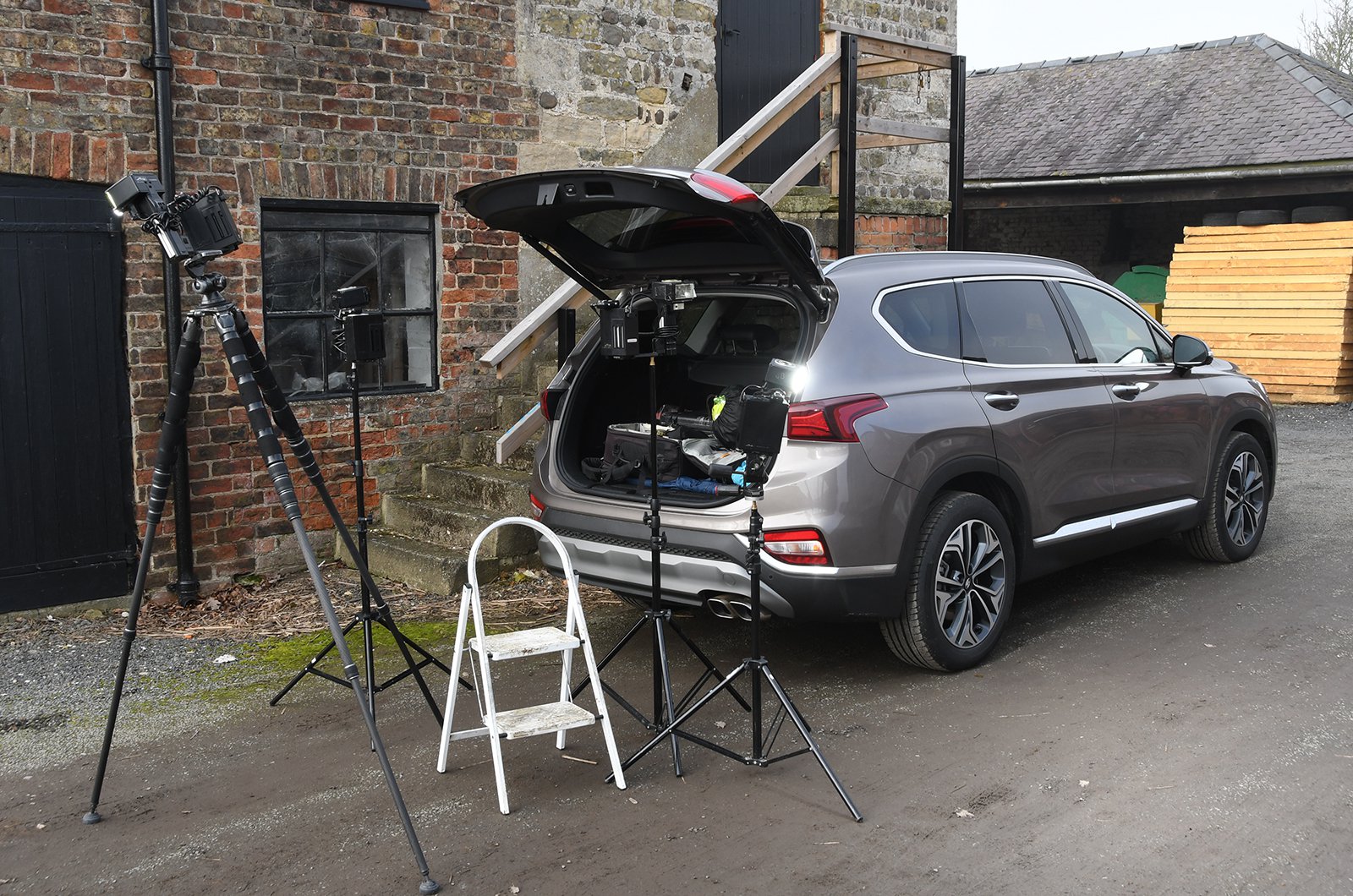 On the road, I’ve had no real problems with how the Hyundai drives, although the lag from the turbocharger when trying to pull away can hinder progress. It can also be a little jerky at slow speeds when the automatic gearbox changes up and down. It has a particularly comfortable ride, though, especially over general surface imperfections such as motorway expansion joints, meaning a recent one-day 400-mile trip flew by with no real aches or pains. In fact, the high-sat, chair-like seating position is a vast improvement over the lower-down seating in the V60 estate.

It’ll be an interesting few months reevaluating the boons of an SUV compared with my Volvo V60. Can the Santa Fe swing my preference again? Only time will tell...